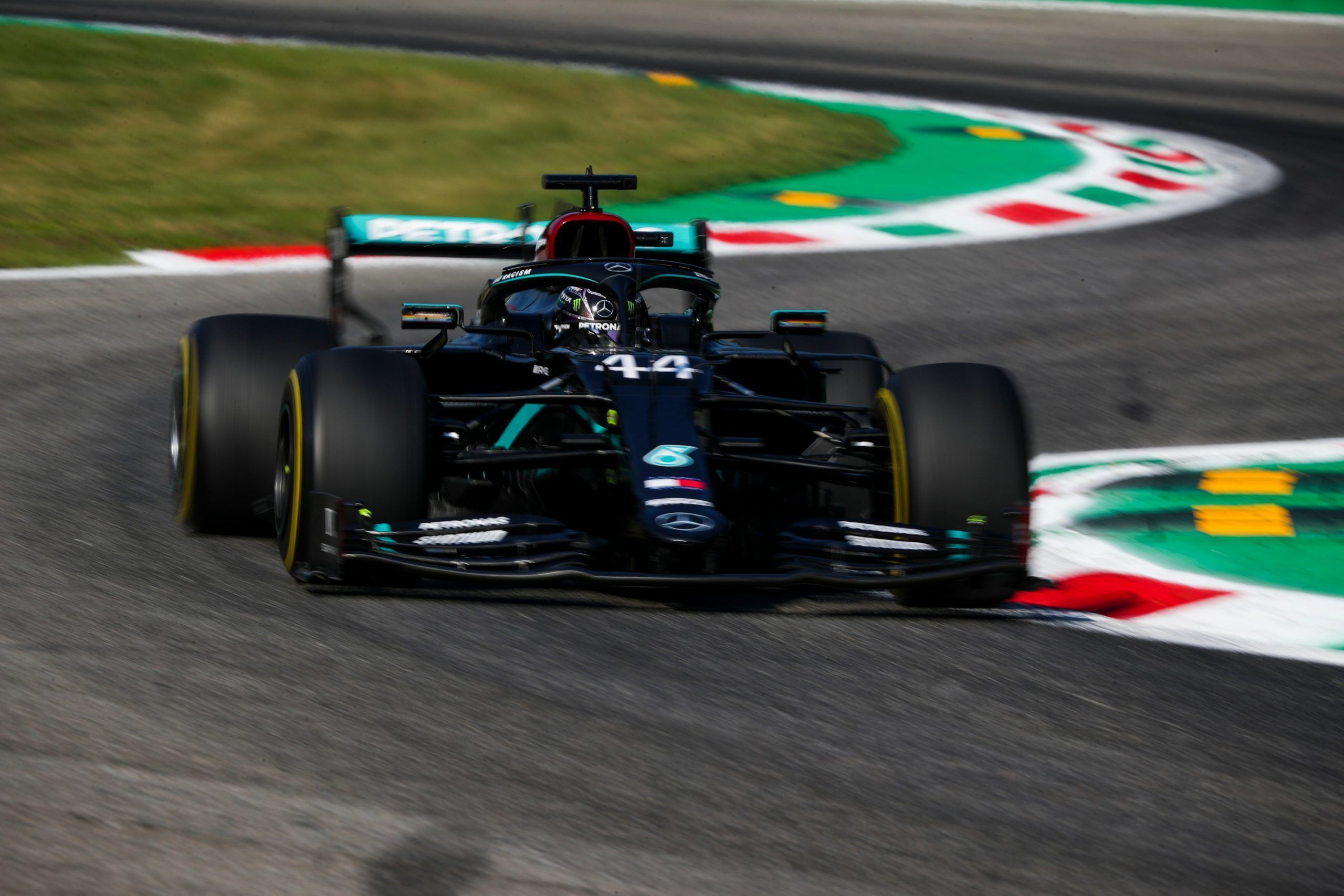 The first part of F1 Italian GP qualifying at Monza already threw a surprise with the two Mercedes drivers setting their best times on the medium tyres. They were the only ones to do so as the rest of 18 cars were on the expected soft compound.

It was already tensed with eight drivers summoned for the mishap with Lewis Hamilton at the end of FP3 for driving unnecessarily slowly. The list had Alexander Albon, Romain Grosjean, Carlos Sainz, Nicholas Latifi, Pierre Gasly and Lance Stroll.

The decision on it is awaited as the F1 Italian GP qualifying kick-started with more dramas where track limits at Turn 11 got the better of Charles Leclerc, Kevin Magnussen, Stroll and Gasly in Q1 after their first quick laps, as they were forced to do another.

A late deletion for Albon put him in danger as well but a crazy last lap in traffic saved him in 15th by just 0.035s where everyone in the pack just hampered each other, with only AlphaTauri F1 drivers improving as Mercedes’ Lewis Hamilton led Valtteri Bottas.

It caught out Ferrari’s Sebastian Vettel as well with the German 0.047s behind Albon in 17th with Haas’ Romain Grosjean just ahead of him. It was Q2-confirmed Renault’s Esteban Ocon and Alfa Romeo Racing’s Kimi Raikkonen who were leading the pack.

Just with the start of the second part of F1 Italian GP qualifying, the stewards confirmed no further action for the eight drivers summoned for FP3 offence. For the Q1 incident, Ocon, Latifi and Raikkonen were put under investigation.

Meanwhile, Q2 started with everyone soft tyres in the strategy game for the Sunday’s grand prix. The fight between the Mercedes drivers was strong with Bottas leading Hamilton where the Finn posted a 1m18.952s – the first to be under 1m18s.

McLaren’s Carlos Sainz was third as not many improved to get themselves into the Top 10 as Albon was saved again with AlphaTauri’s Daniil Kvyat (1m20.169s) in 11th from Ocon (1m20.23s) as Daniel Ricciardo’s lap was ruined due to a slight off in the chicane.

As the wait for third part of F1 Italian GP qualifying went on, replays showed Racing Point’s Sergio Perez getting passed by the Red Bull drivers in the pitlane. In further drama, the Mexican re-passed one of them on track to get in between them.

The Mercedes led the way with Hamilton getting provisional pole after setting a 1m19.068s from Bottas as Racing Point’s Perez slotted in third ahead of Red Bull’s Verstappen. His teammate Albon was only seventh but Turn 11 track limits had list lap getting deleted.