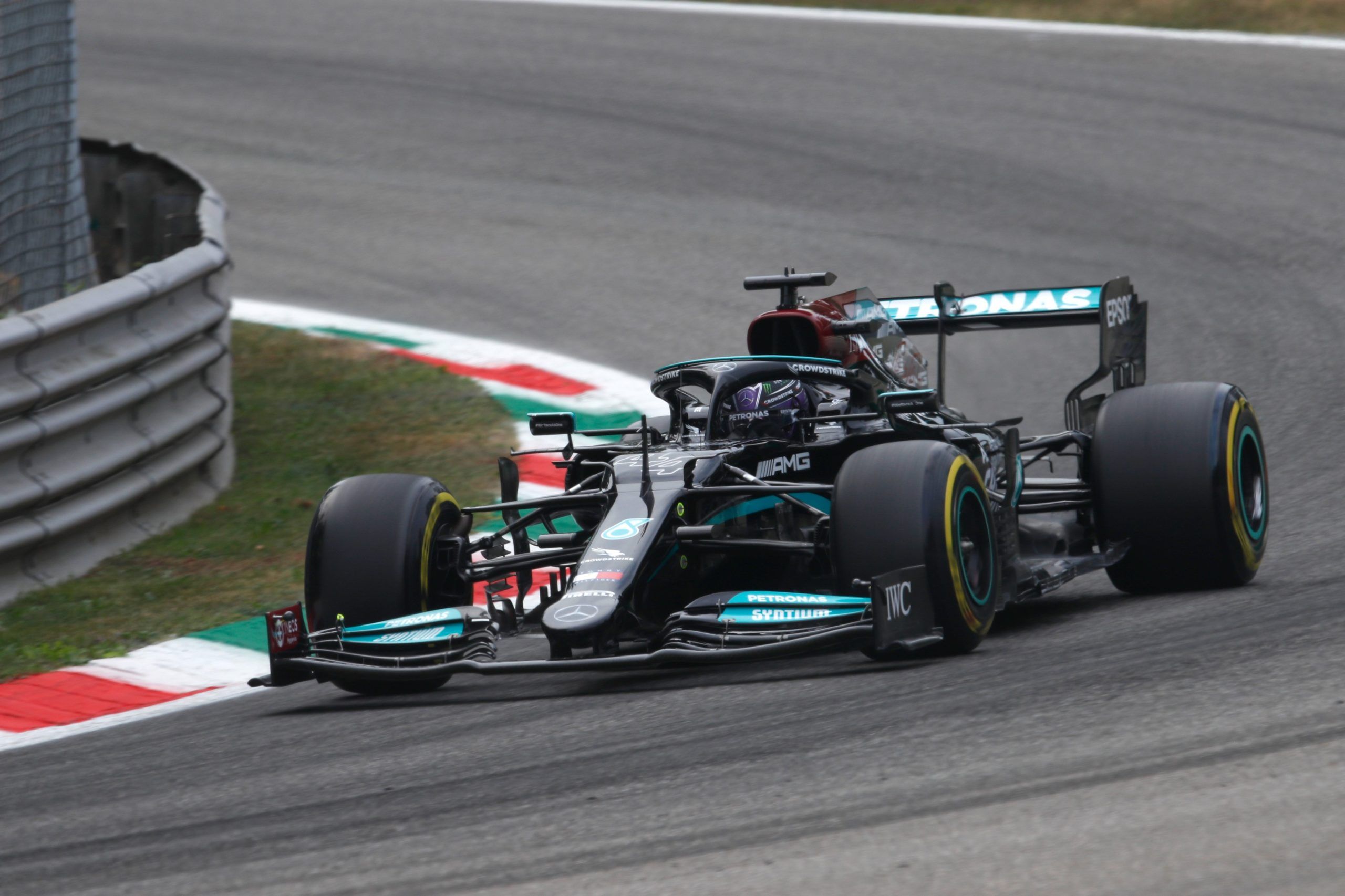 The lone practice session in F1 Italian GP ahead of qualifying saw Mercedes’ Lewis Hamilton set the pace on the medium tyres in FP1 with a 1m20.926s, which was 0.452s quicker than Red Bull’s Max Verstappen (1m21.378s), who set his best time on the soft tyres.

The Dutchman didn’t look too set at Monza, while despite some escape moments for Hamilton, he still managed to set a solid time. His teammate Valtteri Bottas ended up third with a 1m21.451s – with the Finn also setting his best on the medium tyres.

Briefly, McLaren’s Lando Norris popped up into second but his best lap was deleted due to track limits, which left him only 12th. Aston Martin’s Lance Stroll (1m21.676s) was fourth, with teammate Sebastian Vettel (1m21.824s) not far off in sixth.

From everyone below Bottas, everyone set the pace on the soft compound in the Top 10, barring Alonso and Ricciardo – the latter also had his best time deleted. Another one to drop out due to lap deletion was Leclerc in 11th ahead of Norris.

Both the Ferrari drivers had some moments in the session, with Norris having multiple at Turn 2. Alfa Romeo’s Antonio Giovinazzi slotted in 13th from AlphaTauri’s Yuki Tsunoda, with Alpine’s Esteban Ocon in 15th, after his best lap was impeded by a Mercedes.

From 11th until 20th, everyone set their best time on the soft tyres, barring Leclerc, Norris, Tsunoda and Ocon.