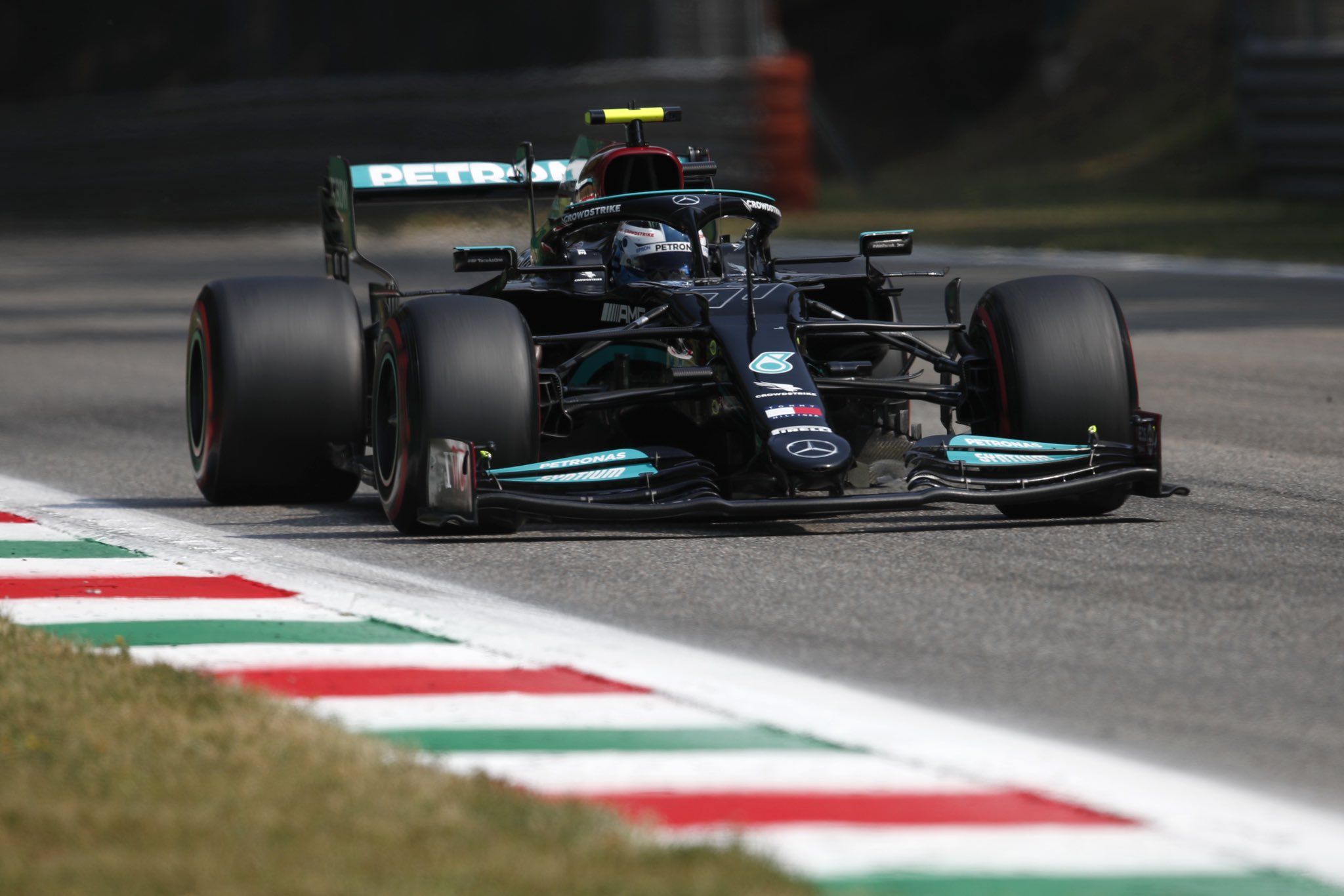 The F1 Italian GP Sprint Qualifying saw a bit of a strategy game with McLaren, Aston Martin and Alpine duo starting on the soft tyres, along with AlphaTauri’s Yuki Tsunoda doing the same. The rest of them were on the medium tyres for the 18-lap sprint race.

It was a fine start from Mercedes’ Valtteri Bottas to lead the way from Red Bull’s Max Verstappen, as McLaren’s Daniel Ricciardo was third from Lando Norris. Mercedes’ Lewis Hamilton dropped to fifth after a bad start, ahead of the Ferrari duo.

The Frenchman had a small tap from Ricciardo ahead, which damaged his front wing. It came lose by Curva Grande as he smashed onto the gravel barrier. Further down, Alfa Romeo’s Robert Kubica was spun around after a tag with Tsunoda.

The Japanese driver pitted to change the front wing, as Kubica dropped to last. The re-start, meanwhile, worked well for Bottas. He led the way comfortably from Verstappen and Ricciardo, with Norris holding off Hamilton and resisting any charge.

Behind, Perez took Stroll for ninth but ran over the kerbs at Turn 1. He was asked to give it back on the same lap, but he got him on the next for ninth. Alpine’s Fernando Alonso behind tried a look-in at the Canadian, but couldn’t get through.

Despite Perez giving the place back, the stewards put him and Stroll under investigation for the Turn 1 incident. The Mexican caught the back of Giovinazzi, but couldn’t find a way through, as Bottas continued to lead well at the front from Verstappen.

It was enough for the Finn to take three points with a pole in F1 Italian GP after winning the second Sprint Qualifying, as Verstappen ended up second from Ricciardo in the Top 3. Interestingly, the Dutchman and the Australian will start from front-row on Sunday.

Norris was fourth from Hamilton, with Leclerc and Sainz in sixth and seventh. Behind them, Giovinazzi was eighth, holding off Perez, as Stroll rounded out the Top 10. There was no further action into the investigation between the two.

Outside the Top 10, Alonso was 11th from Vettel, with Alpine’s Esteban Ocon 13th ahead of the Williams pair of Nicholas Latifi and George Russell, with Tsunoda in 16th. Haas’ Nikita Mazepin held onto 17th despite Kubica charge, with Mick Schumacher in 19th.