Home Single-Seaters FIA F3 Is Joel Eriksson the man who can beat the machine? 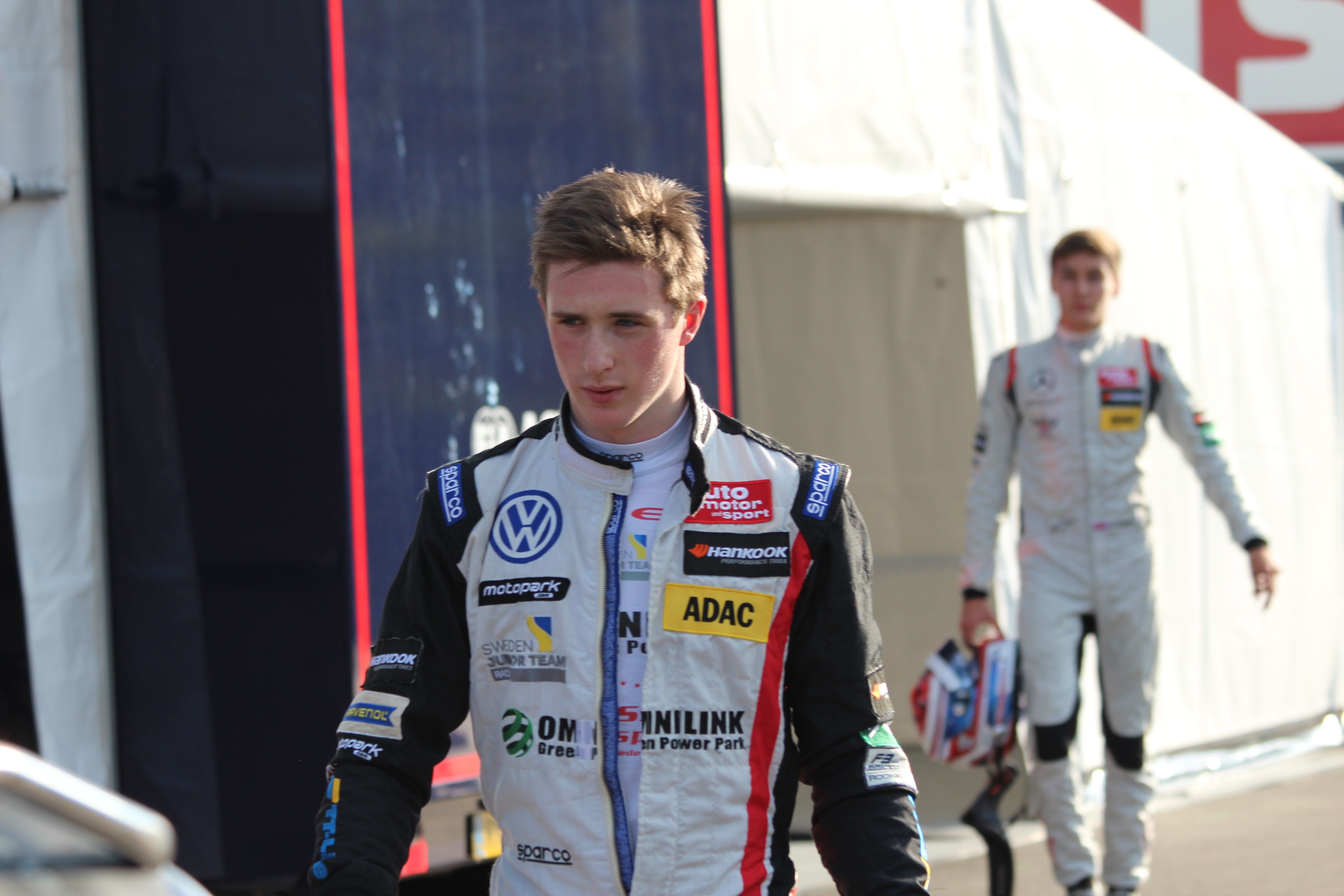 Prema Powerteam is dominating since years the prestigious European F3. In addition to having a great team of engineers that allows to have a good material to the drivers to compete, generally they have a good line-up to aim at the title.

Prema was the platform that prompted Roberto Merhi, Daniel Juncadella, Rafaelle Marciello, Esteban Ocon, Felix Rosenqvist and Lance Stroll to be F3 champions. Since 2011 all the championships have been taken, but this year Joel Eriksson, a rookie coming from the ADAC F4 was able to give signals that hegemony may end in 2017.

F3 is today the most successful and difficult category of promotion. After shining in F3, the road is smoother on the way to being professional and numerous cases evidence it. In 2016, Joel Eriksson shone from the beginning, clearly being the best non-Prema in the category.

With Motopark, which is not exactly the greatest team, Joel Eriksson was accumulating a second place and two thirds and being consistent in points. That did not go unnoticed by BMW, the brand signed him to be part of his academy of young drivers.

When the mythical Norisring came round, Eriksson was on his way to his first victory, which would further consolidate him in the standings, where he was scrambling to climb alongside experienced drivers like Nick Cassidy and Maximilian Günther of Prema; Until it was attacked by George Russell and the wait for the first victory had to be postponed until another legendary circuit: Spa-Francorchamps.

That victory on wet ground on the Belgian track meant a inflection point for the young swede. He then won the Masters Of F3 at Zandvoort, and closed that time of the year out of performance only by Lance Stroll, and there was no round in which he did not get on the podium. In constant growth, his first pole came in the final race, putting fear in Prema for next year.

Joel began his career in the current ADAC F4, climbing several times to the podium and even winning a race in Red Bull Ring. In 2015, he came a leader in Oschersleben, the penultimate round of the championship, after a spectacular double win, but in the final in Hockenheim he lost again the much more experienced Marvin Dienst. Even so, it was an excellent year, and he was encouraged to take the big jump to the F3 for the 2016 season, where he subsequently became the best rookie.

The biggest challenge for the Swede will be Calum Ilott. The British ex-Red Bull driver arrives with three seasons of F3 behind his back and the best team: Prema, stands as the main candidate for the title.

But he must also be careful of David Beckmann, who, for the first time in his history since he is competing in single-seater, he will start the season from the first date. Beckmann in 2015 and 2016 had to wait to have the minimum age to be able to compete in ADAC F4 and FIA F3 respectively. But even though he was at a disadvantage, he managed to get on the podium twice and managed to be regular on the points. In relation to his teammate Mikkel Jensen, who had four seasons in single-seater (two in F3), with a title in the ADAC F4 in 2014, managed to put things difficult soon but ended up losing, not by a wide margin: 13-9.

Beckmann will drive for Van Amersfoot Racing, a team with which allow Max Verstappen to be almost vice-champion in 2014. He has good material, but Red Bull will demand the 16 year old to become the youngest champion in the history of the event.