Home Karting KZ2 Irlando wins at the finish in KZ2 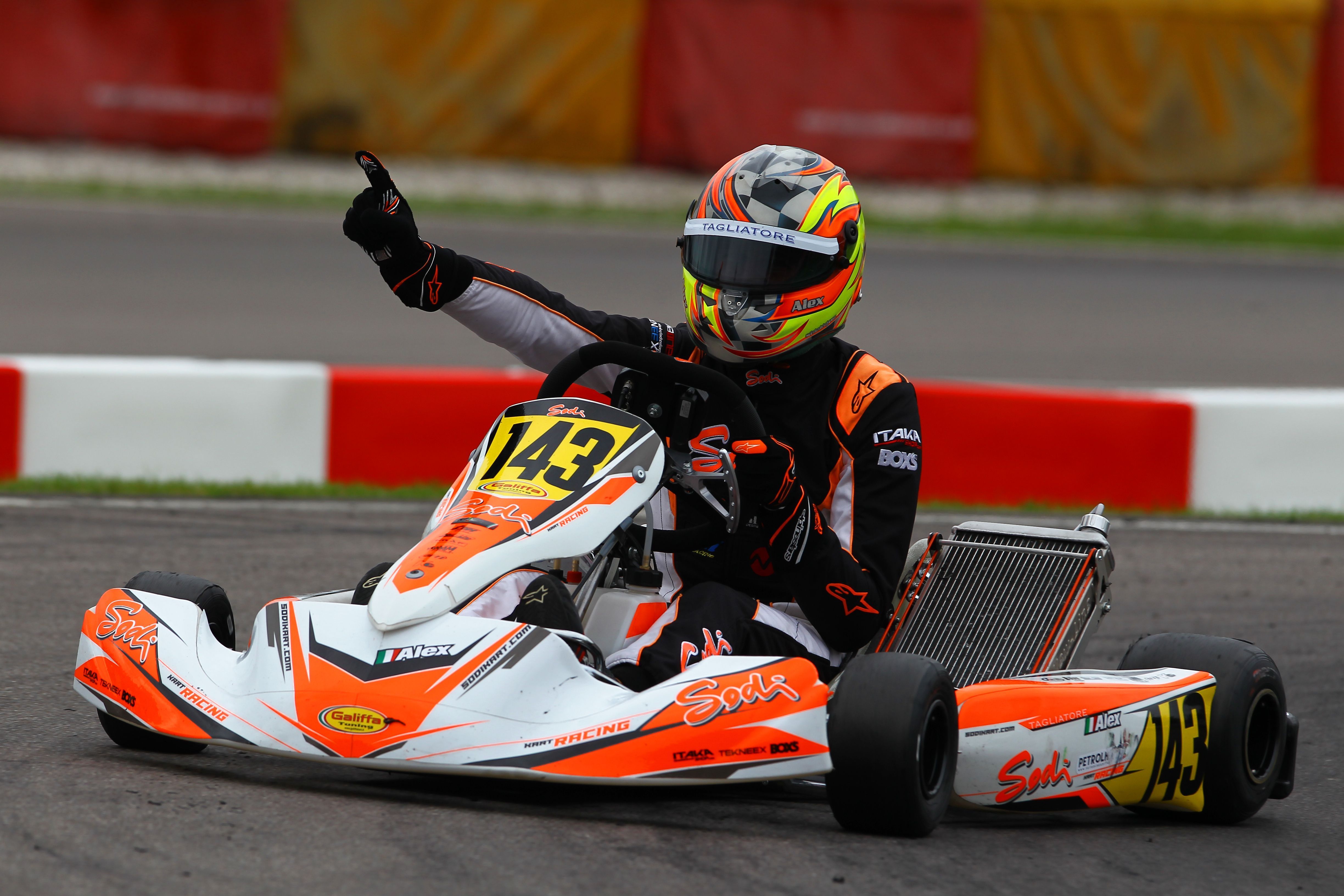 With its 113 participants, the CIK-FIA International KZ2 Super Cup had no lack of twists. In Qualifying Practice Riccardo Longhi (Birel ART / TM Racing / B’stone) took the lead on Germany’s Daniel Stell (Mach 1 / TM Racing / B’stone), while the Israeli Ariel Levi (Sodi / TM) was in 3rd place. Longhi remained in the lead after the long series of 21 Qualifying Heats (6 per Driver).

But the gaps narrowed as the laps went on, with Irlando and Longhi steadily rising to the front. Persson resisted several attacks and began the last lap in a position of strength. However, Irlando took advantage of a small error from his rival to succeed in a bold pass on the inside at the last corner.

He won the Race by 49 thousands of a second on the line and won the CIK-FIA International KZ2 Super Cup in front of the unfortunate Persson and Longhi. Francesco Celenta (Praga / TM Racing / B’stone) and Zanchetta completed the top five.