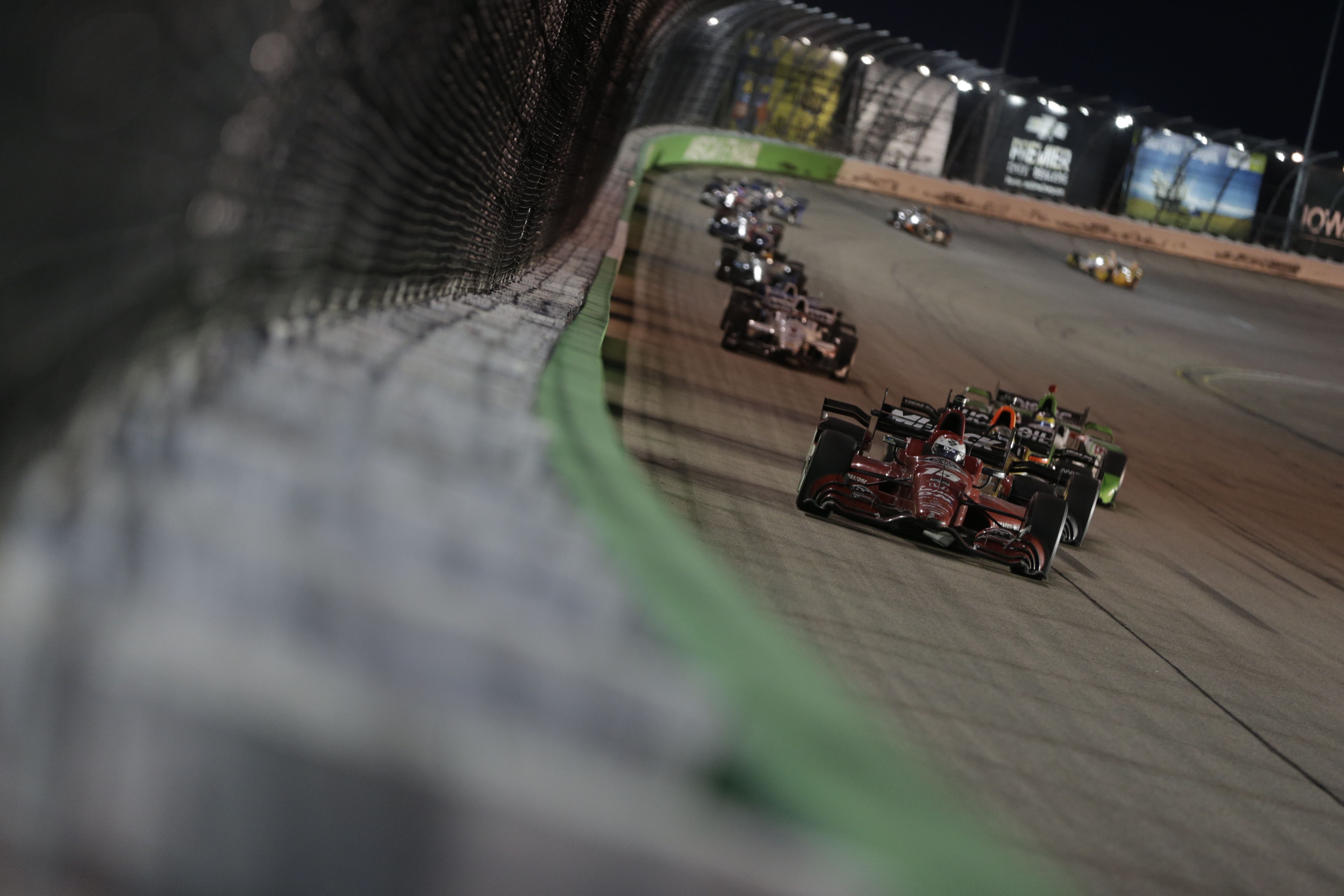 IndyCar announced the following post-event infractions and manufacturer championship points updates from the Iowa Corn 300, which was held July 18 at Iowa Speedway:

• A crew member from A.J. Foyt Enterprises and Rahal Letterman Lanigan Racing were each fined $500 for violating Rule 1.2.7.2 (e) (deadman not wearing headsock).

• Chevrolet received a deduction of 20 manufacturer points for an engine that did not attain its life cycle during the Iowa Corn 300 race weekend. According to Rule 10.6.4.3, 20 manufacturer points are deducted for an engine that fails to reach its 2,500-mile life cycle. The Chevrolet engine on the No. 10 Chip Ganassi Racing Teams entry did not reach its life cycle minimum before being changed out.

Following the adjustment, Chevrolet has 1,279 manufacturer points for the season and Honda has 1,011.

Members may contest the imposition of penalties pursuant to the procedures and timelines detailed in the review and appeal procedures of the Verizon IndyCar Series rulebook.