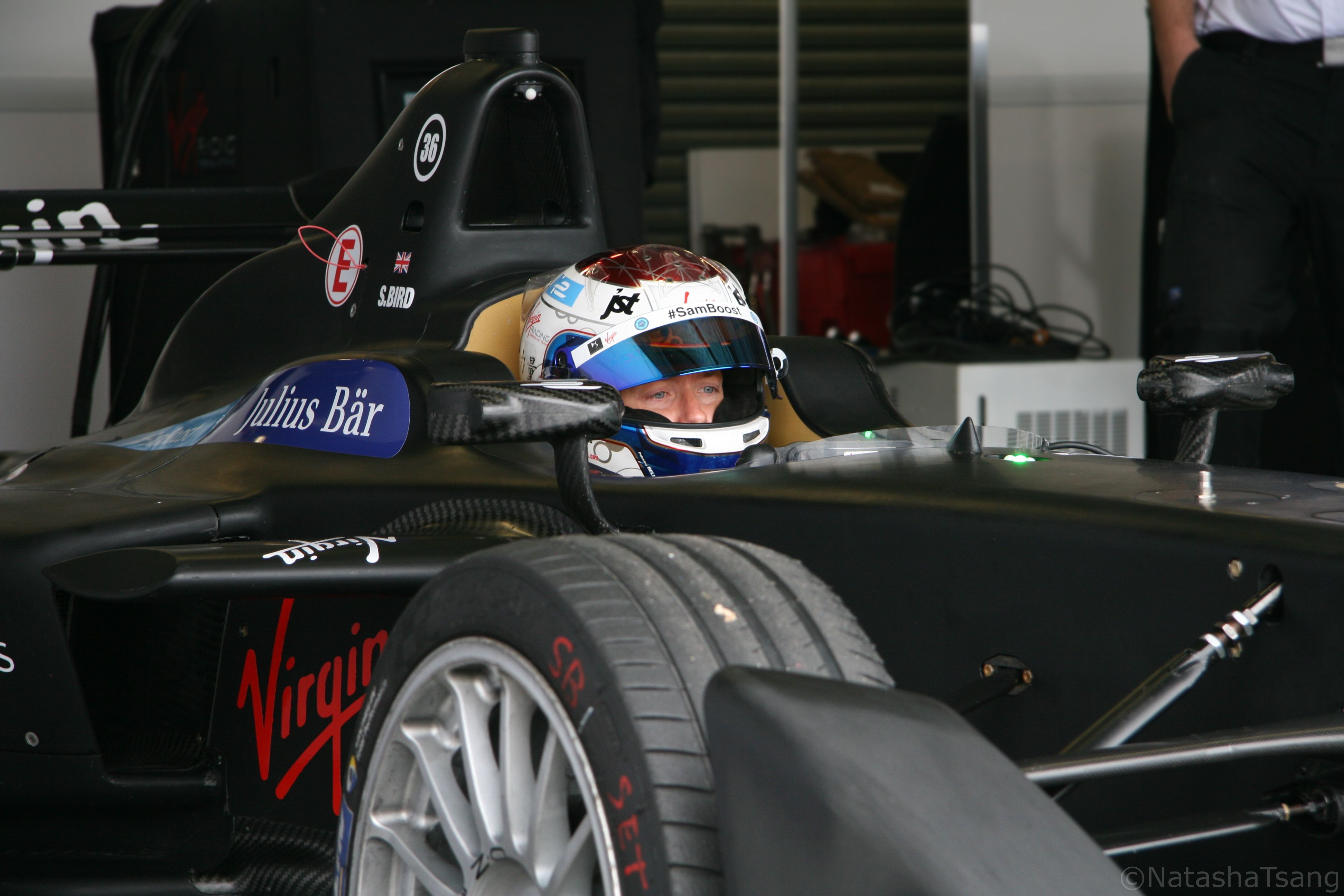 After an emphatic win in his home race in London at the end of last season, Sam Bird is starting season 2 of the FIA Formula E championship on a high. I caught up with him at Donington to have a little chat.

Natasha Tsang: How’s testing been for you so far?

Sam Bird: It’s not been too bad, I think that we’re covering everything we need to cover, you know this track and these temperatures are not really the same as what we’re going to experience during the year. It’s a very smooth, fast, long track whereas normally we go to very bumpy, tight, twist circuits, so it’s very different to normal conditions so we’re mainly focussing on systems checks and so far so good.

NT: Looking back on last season, was it everything that you wanted?

SB: In terms of a championship I think Formula E has done an excellent job, congrats to Alejandro and his group of men and women for producing a spectacular first season of electric racing. The series grew and grew and grew throughout the year and I think that in season 2 Formula E is in the best place it can possibly be.

For me personally there were many ups and many downs, probably 50/50, and we came away with 2 wins, which was nice, but I want more this year.

NT: Your win at London at the last race, was that something quite special?

SB: The win in London was pretty special; to win at home, to win in my capital where I grew up was pretty cool.

NT: Going forwards, do you think that Formula E will eventually overtake Formula 1 as the “pinnacle of motorsport”?

SB: I don’t know. I don’t think that’s a remit of Formula E exactly. Their aim is to create an extremely professional series of electric racing to prove to the world what electric racing can be like and hopefully introduce technology from our championship onto the roads and make electric cars seem cooler and a more viable option for the future for every normal person; instead of it just being a cool thing to have, a necessity to have. Whether it overtakes Formula 1 is up to viewers, is up to other things, but it’s not necessarily an aim I don’t think.

NT: And also going forward, do you think that maybe the championship would benefit from having its own feeder series of solely electric cars like these?

SB: I think so, why not! The more that we have on the calendar the more exciting it is for spectators on the day. There are a couple of gaps that need to be filled; we know this, these things will be addressed with new schedules for this year I think, but I think it would be an exciting thing to introduce, to have a feeder series to this being the main event, why not?