Home Single-Seaters FIA F3 Interview Callum Ilott: “What you learn in F3 is more than what... 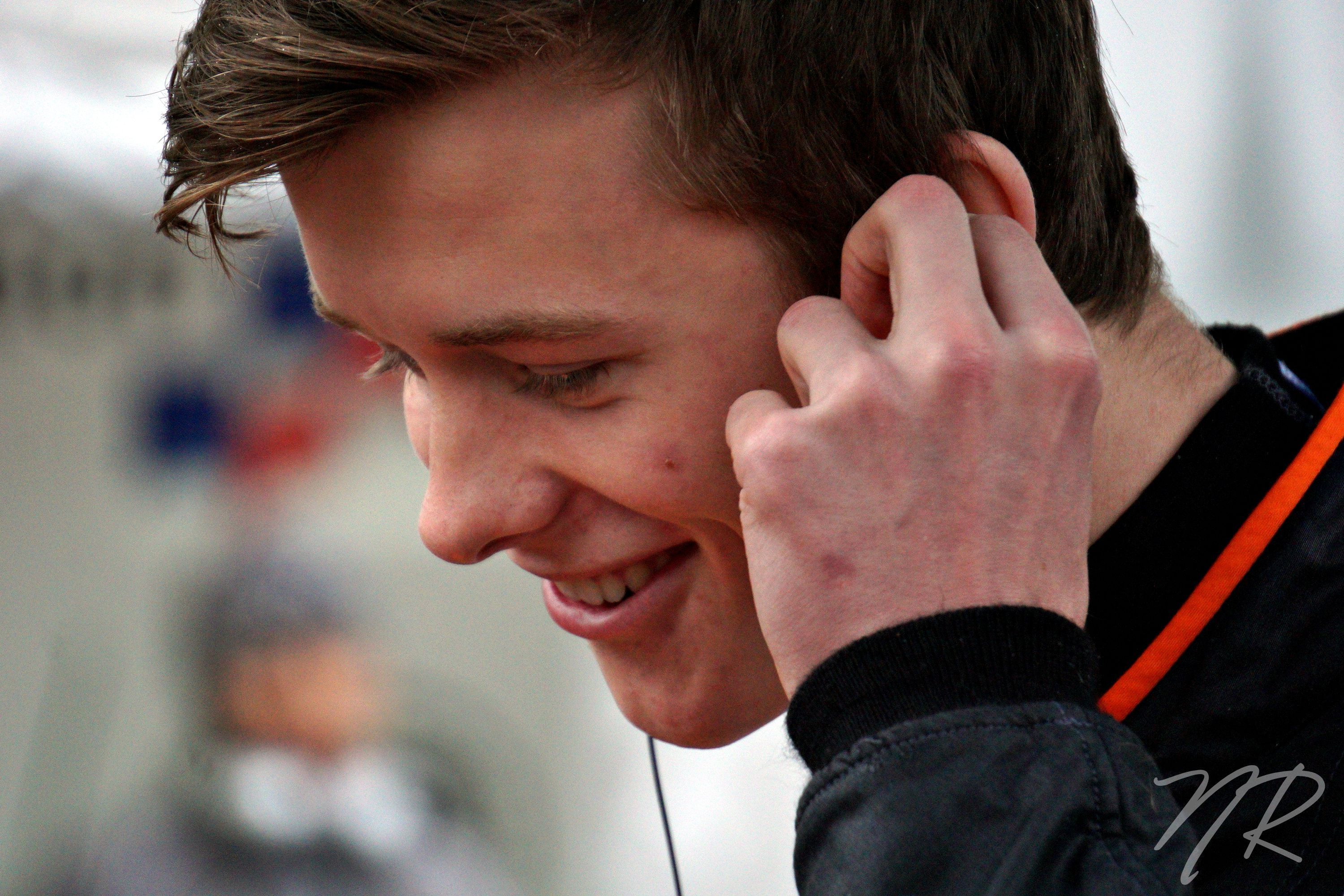 As FormulaRapida.net as present at Pau for the FIA F3 round, we have been able to meet Van Amersfoort driver Callum Ilott. Arnau Vinyals and Nina Rochette met him on Saturday morning, before the first race.

Nina Rochette: Hello Callum, how are you doing?

Callum Ilott: So far quite good, so far I had a good week-end. It has been a bit touchy in the first qualifying when I had a suspension problem in the rear which made that I could not end the session but the team did a great job fixing it and we managed to get a good result from that. On Q2 I was on the front row which is good and for race 3 I will be P6 again so it has been not too bad so far.

NR: So it is your second time at Pau, what memories do you have on this track?

CI: Hard memories, last year to learn the track was really hard. I found it tough, especially in the wet but I learnt a lot from that in the free practice of last year so this year it works quite well.

NR: Let’s go back to the first meeting at Paul Ricard when you got your first victory in Formula 3, were you looking forward to have such a good result as soon as the second race of the year?

CI: I knew I was strong but I didn’t think I would get a win to be fair, I thought I would get a podium but a win was really quite good. I was not expecting it but yes it was a good result.

CI: I don’t agree with it. The thing is, when you get the license to do Formula 3, it is hard enough to get that license, you have to finish in the top 3 of the world championship in karting and there are only three drivers a year who do that and I think only one of them would go to Formula 3. So if they try to stop more drivers from coming in, why would they stop one driver? I think they are stopping someone who has the confidence for going and doing it. And the amount of what you learn in Formula 3 is more than what you would learn in Formula 4 or something like that. So for me it was not a right decision anyway.

NR: You left Carlin for Van Amersfoort Racing this year, what does it change in your preparation for a race?

NR: The weather is not scheduled to come down today, do you think that will help you for the week-end?

CI: I think that helped in qualifying but it makes it a bit more difficult when you are racing, you can’t see much at all especially when it’s this wet which makes it a bit more worrying around other people because they may not see. I am confident with my speed but it is a bit of a worry and many people are new to the circuit as well so they might not know what place is where when everyone breaks on the first lap. I am confident but also a bit worrying.

NR: Can you tell us your parting with the Red Bull Junior program?
CI: … It is a difficult one. I am grateful for what they gave me last year. *searches for his words* It was a good opportunity; I did not get the results they wanted but now I can do the things I want to from now on.

Arnau Vinyals: You said that it was an unexpected first victory at Paul Ricard, so what are your expectations for this year?

CI: I was not expecting to get that result so early if you know what I mean. I was expecting results but not one that good. I think if I am a bit more consistent in my results because we really had a bad week-end at Hungaroring, so this week-end if I can get three top 5 and maybe a podium and take some good points to the end of the season hopefully I can finish top 3 in the championship.

AV: Now in VAR you are the top guy of the team, how do you deal with that position?

CI: I like it, it gives me confidence. I am a little it over the rest but obviously helping the guys when we do the track walks and stuff because I have the knowledge of the Formula 3 from last year. It was a bit difficult because the first two races I have never been to the tracks so to get used to that was the same than everyone else. But now on I know the track so I will be a bit more leading the guys.

AV: You struggled a lot in street circuit, today what are your expectations, how will you drive on track?

CI: On this track it is really hard to overtake. If I get the opportunity and it is not too risky I would go for it. It also depends if it is a rolling start or a safety car start. If it is an actual start I can make up to three places which would be good. But if it is a safety car start as we are more or less losing or gaining one place per race, it is quite difficult.

AV: Let’s talk about the format of Formula 3. Do you like it that you have a lot of running on Friday with free practice and qualifying and not much running on Saturday and Sunday?

CI: If you look at GP3 which is supposed to be similar to F3, even if there are a bit better drivers in GP3 but it is the same in a way. You have got a lot less running in GP3. F3 is a lot better for the number of races you get especially if you are in your first two years of cars which is really good. If think the thing is, in practice you have a big eighty minutes. It would be nice if it were forty minutes, then an hour break and then forty minutes again.

AV: Talking about GP3, there are guys from Great-Britain like Jake Hughes, Alex Albon. What do you think about the GP3 grid?

CI: I think overall the drivers they are all very tough guys so I think it is definitely not a bad grid and we will see where are their positions against the others. It is a really good grid.