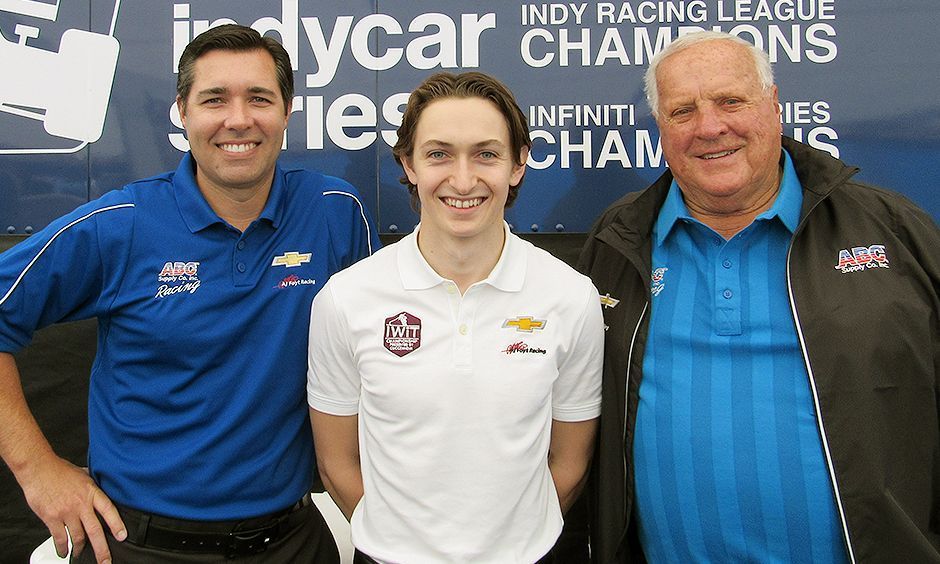 He may be only 22, but Zach Veach said he’s had a dream for 18 years to race in the Indianapolis 500. The Ohioan will get his chance this May and as part of legend A.J. Foyt’s team to boot.

AJ Foyt Racing announced today that Veach will drive the No. 40 Indy Women in Tech Championship presented by Guggenheim Chevrolet in this year’s 101st Running of the Indianapolis 500 presented by PennGrade Motor Oil. Indy Women in Tech is also title sponsor of the LPGA golf tournament scheduled for September at Brickyard Crossing Golf Course, with four of its holes located inside the 2.5-mile Indianapolis Motor Speedway oval.

“I think any young American driver thinks about running at Indianapolis and, of course, you always relate the name of A.J. Foyt with Indy,” said Veach. “That’s something you strive to be like. To say I’m going to run my first Indianapolis 500 with a team like this is very exciting for me.”

Veach will be the third entry for AJ Foyt Racing at the Indianapolis 500, joining full-season Verizon IndyCar Series drivers Conor Daly and Carlos Munoz in their ABC Supply-sponsored entries. It gives the team three eager drivers – none older than 25.

“Obviously, we want to win,” said Larry Foyt, team president. “We feel like we’ve got a guy in Carlos Munoz who’s shown he can definitely be there at the end of that race. Conor’s got some more experience now, we think he’ll be tough. And Zach’s got a lot of experience in a Lights car on that track.

“We really wouldn’t have done it if we didn’t think it was going to help both ABC cars as well,” Larry Foyt added about the third car. “At the end of the day, when my dad and I were talking about it and we decided to pull the trigger, because of the people that were coming on board, we thought it would really help out the group as a whole – especially as we try to learn the new body kit from Chevrolet.”

The Foyt team switched to Chevrolet from Honda this season and the Indy 500 will present its first superspeedway race with the manufacturer’s engine and aero kits. Veach’s car number at Indianapolis Motor Speedway will pay tribute to A.J. Foyt’s fourth Indianapolis 500 win 40 years ago. This will also be the 60th straight year that A.J. Foyt will be a participant in the Indy 500 as either a driver or car owner.

“I’ve always been the type of owner that loves to give the young boys a break,” A.J. Foyt said. “I was young at one time; not anymore but at one time. … Young guns, they want to win and that’s what we’re looking for. I think (Veach) will do a good job for AJ Foyt Racing. We’re looking forward to having him.”

Veach knows he and his teammates will have the best of resources in their own Gasoline Alley garage come May. A.J. Foyt started 35 consecutive Indy 500s and still holds the record for Indy car race wins with 67.

“It is a young group but when you’ve got a guy like A.J. that they can talk to, I think it’s a huge help for them,” Larry Foyt said. “A lot of experience there and as a team we have a lot of experience at Indy.”

For further inspiration as an Indy 500 rookie, Veach said he needs look no further than a year ago when another newcomer – Alexander Rossi – won the great race.

“As we could see last year, it’s not out of the question for a rookie to run up front and win it,” Veach said. “We’ve just got to make sure we make smart decisions all month, learn as much as we can so we’re prepared on race day and then just go for it when the time comes.”