Home Single-Seaters Indycar IndyCar, to continue with Dallara, presents the concept of 2018 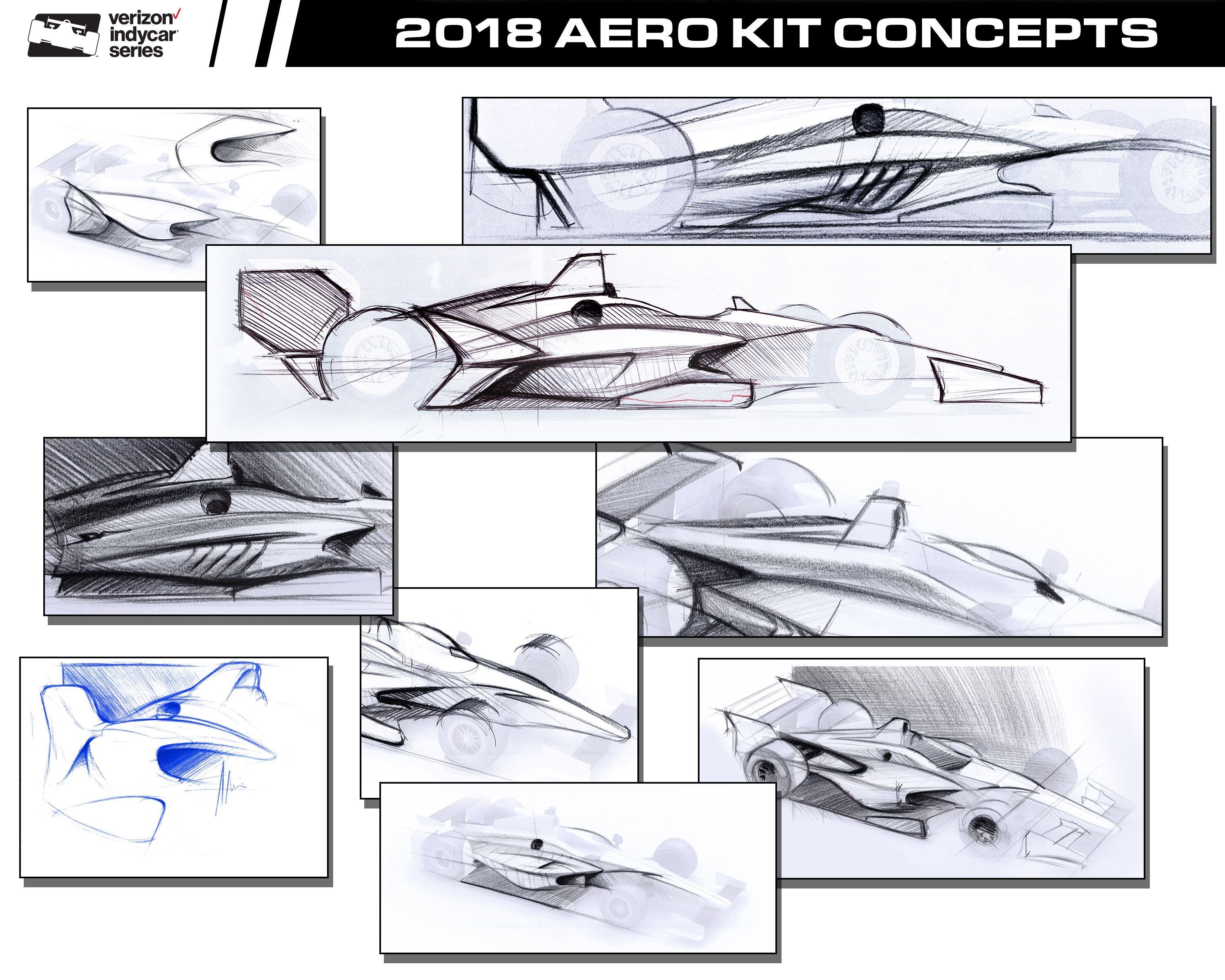 During the Detroit Motor Show 2017, IndyCar announced the extension of the Dallara chassis supplier’s contract until 2020. It has already been 20 years since the IRL championship collaborates with the Italian manufacturer present in the United States through a base in Speedway, Indiana.

“The signing of this agreement is a natural extension of an intense working relationship that has continued since 1997. We are delighted to continue contributing to the great success that the series deserves.”

Although the chassis has not been officially revealed, the IndyCar website has released some sketches of what could be the future Dallara IR-12. Jay Frye has made a series of drawings designed to start the process of imagination. Details will then be shared with drivers and stable owners. More information will be given on February 10 and 11 during pre-season testing in Phoenix. The chassis is to be built and presented at the 101st edition of the Indianapolis 500 miles in May, so the first practices on track can take place this summer. Due to this development program, IndyCar announced a freeze on the development of 2016 Aero equipment. Teams will thus use the aero equipment provided by Chevrolet and Honda for all 17 races.