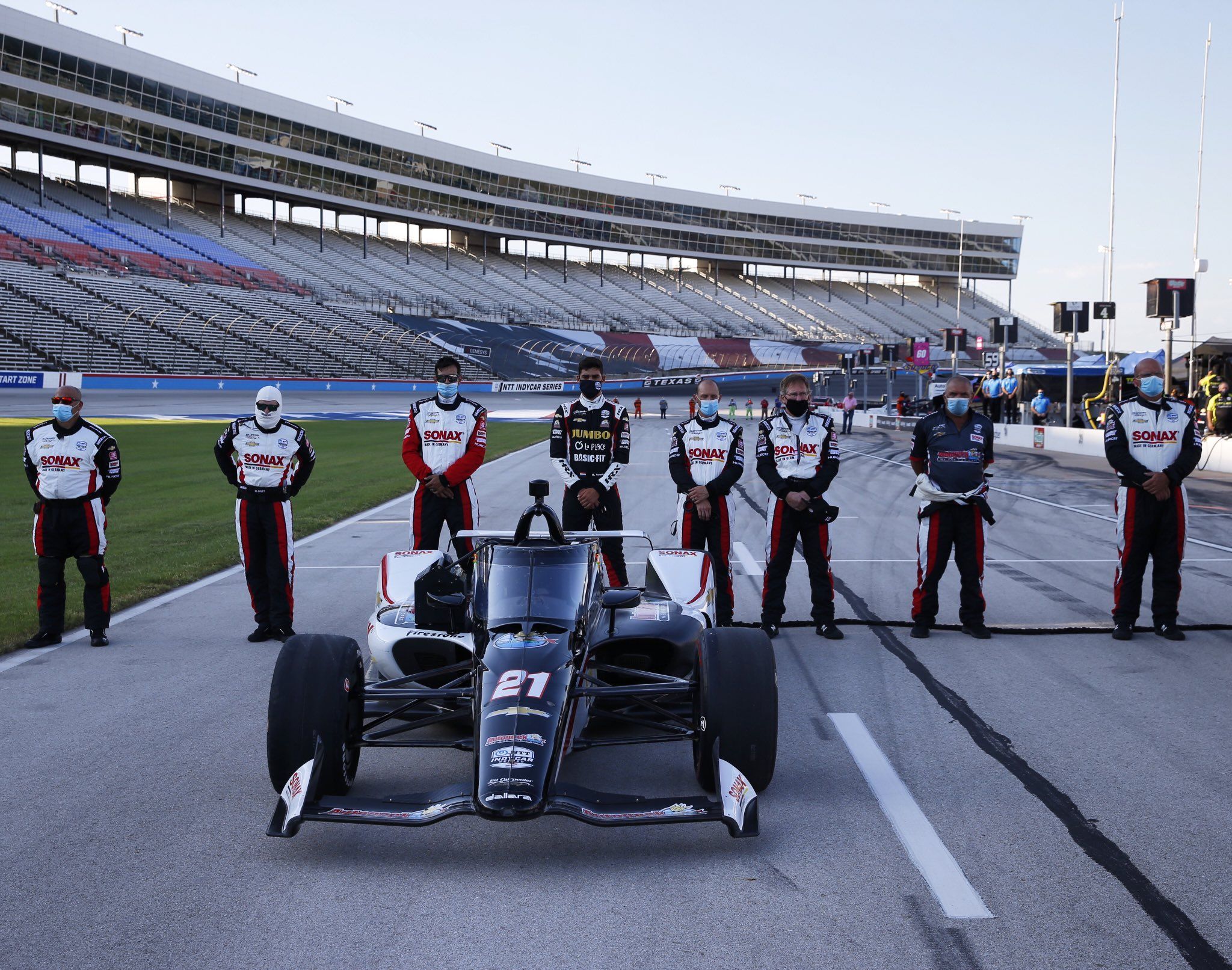 Ed Carpenter, the team owner of the IndyCar outfit of the same name, as well as his driver Rinus Veekay, discussed the logistical challenges surrounding the Genesys 300.

Roger Penske and the teams that the IndyCar series consists of – including his own – moved heaven and earth to put on the Genesys 300 at Texas Motor Speedway to start 2020, and invariably, one of the teams that had the most work to do was Ed Carpenter Racing.

With one of their two drivers – Rinus Veekay – out of the United States in the run-up to the race leaving them with Government restrictions to deal with, as well as the other challenges that came with getting the team to the track and back home within a one-day timespan, its safe to say that the team’s owner – Carpenter – had his hands full.

And on the day, this was one thing that Carpenter – who also had his own driving to worry about – discussed. “It’s something that a lot of thought has been put into,” he said. “I wouldn’t say it’s ideal to have the majority of the paddock traveling race morning.

“The team charter, the majority of the team personnel left at 6 a.m. from Indy, that’s 5 a.m. Texas time. It was nearly a 24-hour day by the time they get home. We’ve had a lot of questions and thought about how it was going to work from when we landed to what the processes of getting into the track, how we were to feed our people with all the PPE and masks that were required.

“We had no clarity on what are the rules as far as getting some fresh air for guys that were going to be outside in nearly 100-degree heat. It was going to be a quick cadence to the event. There’s was not a whole lot of time between when we got there and had tech inspection, practice, track, qualifying, race, the impound process.

“There was a lot of communication behind the scenes between INDYCAR, the teams, the teams and employees, of what the expectations were because it was very important that we did this right and safely to be able to continue our season,” summed up Carpenter.

Veekay being based elsewhere also presented a unique challenge, and there was a considerable amount of back-and-forth on the topic – something that the Dutchman himself also discussed, as he told of the long and winding path he took to arrive stateside.

“It took a long time to get the approval,” he said. “At one time it was going to get less and less time till the race. We tried to go for safe, go to Mexico, at least be there, be closer to the U.S,” said Veekay. “If we don’t get an approval, I can stay in Mexico, yeah, then travel to the U.S. That was just something safe, trying to be sure that I made it. Once I was there, I got the approval. Yeah, so I stepped on the airplane and got to Texas.”

Carpenter added of the ordeal, “…As a team, we worked very closely with INDYCAR, Senator Todd Young’s office in Indianapolis, other senators. There was a high level of transparency of what we were trying to do and accomplish. There was a whole lot of people that helped make that happen, do it the right way.

“Luckily, as all this was transpiring, they exempted pro athletes, which motorsports initially wasn’t on. It was an effort between INDYCAR, IMSA, NASCAR all working together to make sure that racing drivers weren’t excluded from entering. Really thankful for everyone that played a part in getting Rinus, Alex and many other drivers back in the country,” said Carpenter, who also told of a contingency plan in place.

“I mean, obviously you have to have a Plan B in place with this complex of an issue that we were dealing with, with the border closures and travel restrictions. We had a very good Plan B. Plan A was always the focus and we worked hard to get Rinus back. We’re thankful that he’s here and he can finally get his season started,” summed up Carpenter.

The team had a tough run despite a Top 5 result. In practice, both Carpenter and Veekay had crashes that proved costly, with the latter missing qualifying as a result of his moment. In the race fortunes were not much better, with Veekay crashing out after getting up on the traction compound residue. However, Carpenter did manage an impressive fifth.

Here’s the story on the rookies arriving in the US

Here’s what ultimately transpired in the race