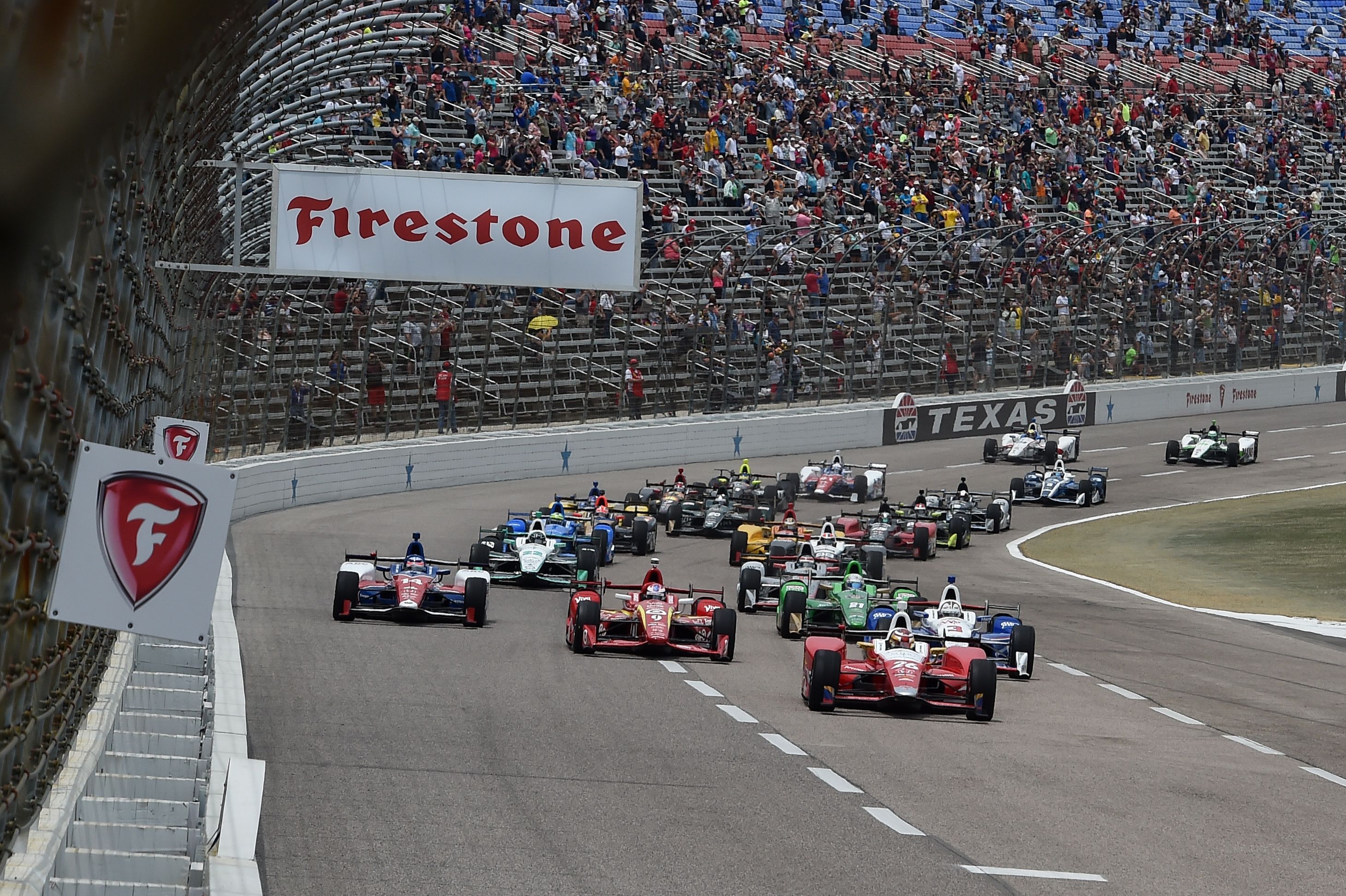 In June, the Firestone 600 at Texas Motor Speedway was interrupted by rain and stopped on lap 71. This weekend on Saturday, August 27 the Verizon IndyCar Series returns to Texas to complete the race.

James Hinchcliffe of Schmidt Peterson Motorsports will lead the field at the restart. However, it was Carlos Munoz of Andretti Autosport who impressed the most in the first part of the race.

Having won his first career pole position, Munoz led the first 38 laps of the race before his first pit stop. During the early part of the race, Munoz was most closely followed by Helio Castroneves, Ryan Hunter-Reay, and Josef Newgarden. Besides Munoz and Hunter-Reay, the Indianapolis 500 winner Alexander Rossi showed the great pace of the Honda-powered Andretti Autosport cars, starting the race strongly in top five before starting to struggle with grip and falling out of the top 10.

On lap 42 the race got a dramatic turn as Conor Daly‘s No. 18 Dale Coyne Racing Honda got loose at Turn 4 and crashed into Josef Newgarden’s No. 21 Ed Carpenter Racing Chevrolet which went roll-hoop-first into the SAFER Barrier. Newgarden fortunately survived with only fractures in his right clavicle and hand in what could have been a serious accident.

The crash brought out the caution with James Hinchcliffe leading the race by not having pitted, and he retained the lead also after stopping under caution. Repairing the damaged SAFER Barrier extended the caution period and on lap 71 the race was stopped due to rain.

Behind Hinchcliffe and Hunter-Reay will start the top two of the previous race, the ABC Supply 500 at Pocono Raceway, however in reverse order. Mikhail Aleshin was running in third and Will Power in fourth place when the race was red-flagged. However, they both were running in the tail end in Texas in June and got into the front end because of not having pitted before the caution period.

Power is the closest rival to his championship-leading Team Penske teammate Simon Pagenaud, having reduced the gap to 20 points with his Pocono victory. Pagenaud will be restarting at Texas in 15th place, despite having run in top 10 before his first stop. However what may favor Pagenaud is that the pre-race aero setups from the June race will be mandatory.

The cars will be permitted to use a chassis and engine of their choice for the Firestone 600 completion day, however the No. 18 machine of Conor Daly and the No. 21 machine of Josef Newgarden are not permitted to continue the race due to the extent of damage in the original date. That means the 100-point deficit to Pagenaud is likely to grow for Newgarden who currently sits in third place in the Verizon IndyCar Series standings.

Restart order for the Firestone 600