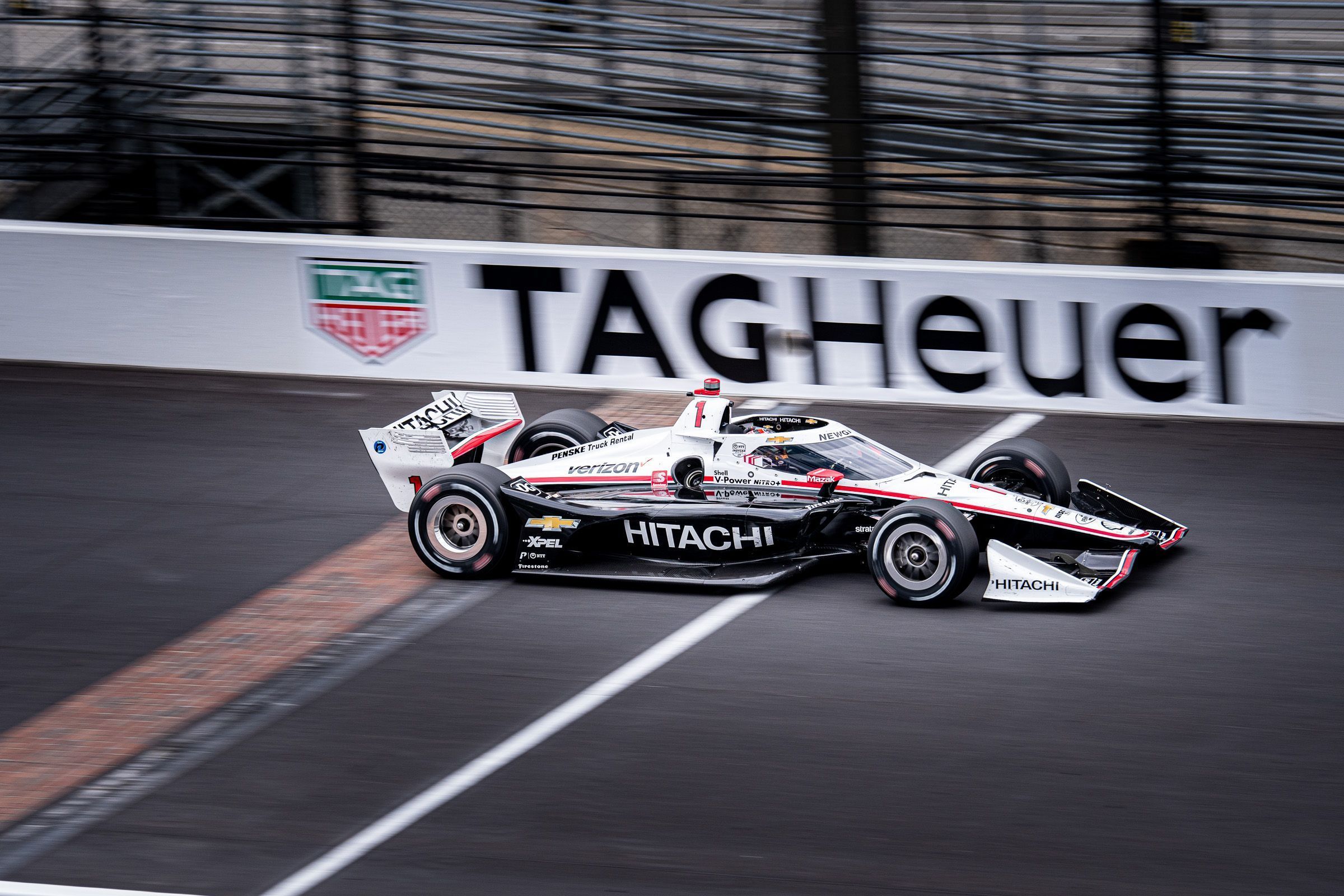 In the IndyCar Harvest GP, Josef Newgarden of Team Penske won, nearly halving the points lead of CGR’s Scott Dixon in the process.

The first IndyCar race wherein this has been the case, the Harvest GP on the IMS road course began with ECR driver and series rookie Rinus Veekay starting on pole, leading Team Penske’s Newgarden across the infamous yard of bricks.

Veekay, who did well to come fifth in July Fourth’s IndyCar race at the speedway road course, had a convincing lead as the pack neared the end of the straight, but upon his arrival to the braking zone, he was overtaken by Andretti’s Colton Herta, who had managed to pass Newgarden at the start. It wasn’t long, though, before Veekay was engaged in battle with the American, ultimately overtaking him in the second lap to reclaim P1.

Highly competitive battles behind reinforced the notion that cooler October temperatures had a positive impact on the racing product, but a few of these battles went awry, most notably that which occurred between DCR’s Santino Ferrucci and Andretti’s Ryan Hunter-reay, the former of whom was pushed into the grass, subsequently hitting Hunter-reay, who would later be forced to pit.

The American was the first of three Andretti drivers to pit, the second of whom was Alexander Rossi, the third being Herta. The 20-year-old re-entered the race on the soft compound tyres, enjoying the luxury of a free track. Also without traffic impeding his efforts was Newgarden, whose lap times dove after Herta relinquished his own position. As such, the Penske driver began rapidly closing his gap to Veekay, who had caught the back of the pack.

Veekay was quick to pit upon arriving at the pursuing group, coming out narrowly in front of Herta, with whom he soon once again engaged in a battle. On the preferable tyre, Herta utlimately came out on top of this fight, but the squabbling between the two saw Newgarden – who inherited the lead after Veekay’s stop – come out in front after his pit stop, albeit only by a narrow margin.

This narrow margin only became narrower in the laps that followed Newgarden’s pit stop, as Herta soon caught the 28-year-old, taking the lead with a daring move on the inside of turn one. A quiet period in the race followed, with little action bar a few pit stops for some of those in the mid-field.

Shortly thereafter, however, this period met its end, with the pitting of leaders Herta, and Veekay, and the pitting of Newgarden some ten laps later. Around this time, on-track action steeply increased, with battles dotting the mid-field, some involving the stand-in drivers of the field, James Hinchliffe (Andretti), Sebastien Bourdais (AJ Foyt Racing), and Helio Castroneves, taking over for the concussed Oliver Askew at Arrow McLaren SP.

This sort between leaders, more drama ensued as Newgarden overtook Herta, who locked up heading into turn one. The latter opted to pit early in reaction to his struggles with grip, and some time later Newgarden also pitted, as did Veekay. Of the three, the Dutchman had the most disadvantageous pit stop, as he was dropped back into the clutches of the pursuing pack upon leaving the pits. In contrast, the Penske driver of the trio extended his advantage over Herta to a considerable extent, securing a significant lead over Herta and the remainder of the IndyCar field.

Perhaps as a consequence of his earlier stop, Herta soon encountered a considerable lack of grip, and as a result of this, was besieged by CGR’s Felix Rosenqvist, and Andretti’s Alexander Rossi, the former of whom soon overtook the latter, as he set off on his own to pursue Herta, who he would later pass. The battle in this bunch intensified as Veekay also made his way past Rosenqvist, before overtaking Herta to reclaim the podium position he had held in laps prior.

Newgarden led into the final lap, and remained unchallenged through the race’s end, taking the win and slashing CGR driver Scott Dixon’s championship lead. After a compelling battle, Rossi came second, leading home Veekay, who took the first podium of his IndyCar career.

Having been overtaken by numerous drivers, Herta came fourth, while Rosenqvist fell to fifth by the time the race had finished. The teammate of Newgarden at Penske, Will Power, managed sixth, while RLLR’s Graham Rahal finished seventh. MSR’s Jack Harvey ultimately finished eighth, edging out Dixon, who struggled at the end of the race and ultimately lost 32 points of his vast points lead with two rounds still to go.