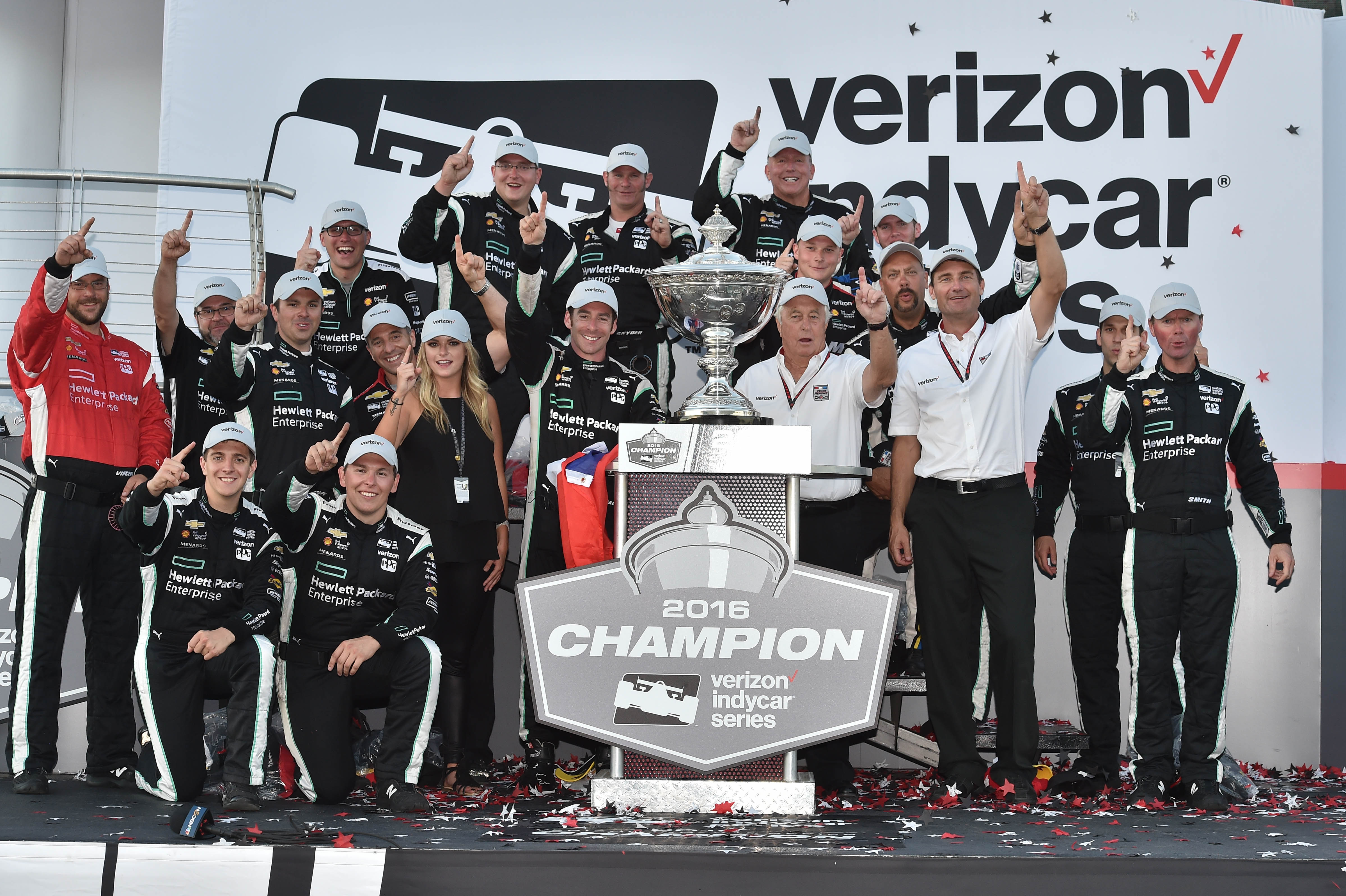 The 2016 Verizon IndyCar Series finished with Simon Pagenaud leading a Team Penske 1-2-3 in the standings. Team Penske, celebrating its 50th anniversary, won 10 of the 16 races, yet missed the prize in the biggest race of the year. The rookie of the year Alexander Rossi sensationally won the 100th Running of the Indianapolis 500 for Andretti Herta Autosport.

Team Penske’s 50th anniversary got a perfect start in the season-opener at St. Petersburg. The four-car team claimed the first two rows in the qualifying. While the pole sitter Will Power missed the race due to an inner ear infection, Juan Pablo Montoya led Simon Pagenaud in a 1-2 Penske victory.

While the defending champion Scott Dixon won at Phoenix for Chip Ganassi Racing, Pagenaud claimed the points lead with a second-place finish. The Frenchman extended his championship lead by winning the following three races of Long Beach, Barber, and the Indianapolis road course, the last being Penske’s second 1-2 of the season with Hélio Castroneves finishing second.

If there was any failure in Team Penske’s season, it must be the 100th Running of the Indianapolis 500 where Will Power finished in 10th place as the top Penske driver. While the Chevrolet-powered teams like Penske had had the better package for the early season’s races on road courses and the short oval of Phoenix, the Honda-powered teams could match and even outperform the Chevys with the speedway kit at the Indianapolis Motor Speedway.

James Hinchcliffe of Schmidt Peterson Motorsports claimed Honda’s first season pole in the Indy 500 qualifying, a year after his serious accident at IMS. However, the leading Honda team in the race was Andretti Autosport.

Even after Ryan Hunter-Reay and Townsend Bell had a pit road incident that dropped them from the victory contention, Andretti had Carlos Muñoz racing against the Chevys of Josef Newgarden and Tony Kanaan in the front. Yet it was a fourth Andretti driver that eventually won the race.

As the race restarted with 34 laps to go, drivers could either save fuel to make it to the finish or bank on a caution to save fuel. While the frontrunners were not saving fuel, the rookie Alexander Rossi who restarted in ninth place was having a fuel-saving run in his Andretti Herta Autosport machine. As the caution never came out, it all came down to if Rossi has saved enough fuel. Crossing the finish line on fumes, Rossi won the 100th Indy 500 by 4.5 seconds to his teammate Muñoz.

A week after the 500, the series returned to a street course and Chevy returned to victory lane at Detroit. In the first race of the doubleheader, Sébastien Bourdais achieved KVSH Racing’s only season victory while the second race saw Penske’s Will Power winning his first race in over a year, followed by his teammate Pagenaud.

The victory at Detroit started a great run for Power. With a victory at Road America, a second place to Ed Carpenter Racing’s Josef Newgarden at Iowa Speedway, and a victory at streets of Toronto, Power was only 47 points behind Pagenaud while the gap had been 137 points at its biggest after the Angie’s List Grand Prix of Indianapolis.

Pagenaud achieved an important victory at Mid-Ohio where he led Power in Penske’s fifth 1-2 of the season. Yet in the following race at Pocono, Pagenaud crashed out of the race and Power reduced the gap to 22 points with Team Penske’s only oval victory of the season.

Despite Power’s great form during the summer, Pagenaud was able to outperform him in the last three races of the season. The continuation of the suspended Firestone 600 at Texas Motor Speedway saw probably the greatest finish of the 2016 season, featuring also the championship leader Pagenaud.

James Hinchcliffe was leading the Firestone 600 when it was red-flagged in June. In August he dominated the race until its last laps. Following a caution period, the race finished with an eight-lap shootout where Hinchcliffe, Graham Rahal, and Tony Kanaan were battling wheel-to-wheel for the victory, followed by Pagenaud just behind.

Hinchcliffe was leading the race until the final lap when Graham Rahal made the race-winning pass on him into Turn 3, scoring Rahal Letterman Lanigan Racing’s only season victory. The victory was the second season victory for Honda, and like Rossi’s Indy 500 victory, it came with the speedway kit.

The defending champion Scott Dixon achieved his second season victory as he dominated the Verizon IndyCar Series’ return to Watkins Glen. The title contenders Pagenaud and Power fell from the podium contention after a caution period ruined their strategies.

Power’s title chances suffered a major setback at the Glen as he had contact with Charlie Kimball and crashed out of the race. With a seventh place, Pagenaud extended the lead over Power to 43 points, and Dixon and Castroneves lost their slim mathematical title chances.

The season finale at Sonoma was dominated by Team Penske in a way reminiscent of the season opener at St. Petersburg. Pagenaud lead the team’s top-four lockout in the qualifying while his title rival qualified in fourth place. In the race, Pagenaud was pulling away while Power had made it to second place when a gearbox issue ended his title challenge shortly before the halfway mark.

Pagenaud went on to win the race ahead of Graham Rahal while Penske’s Juan Pablo Montoya finished his difficult season with a third place, promoting him into eighth place in the championship. Hélio Castroneves finished the race in seventh place, enough to finish third in the championship by two points to Josef Newgarden. 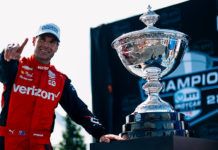 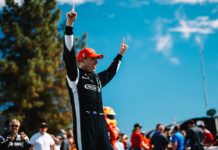