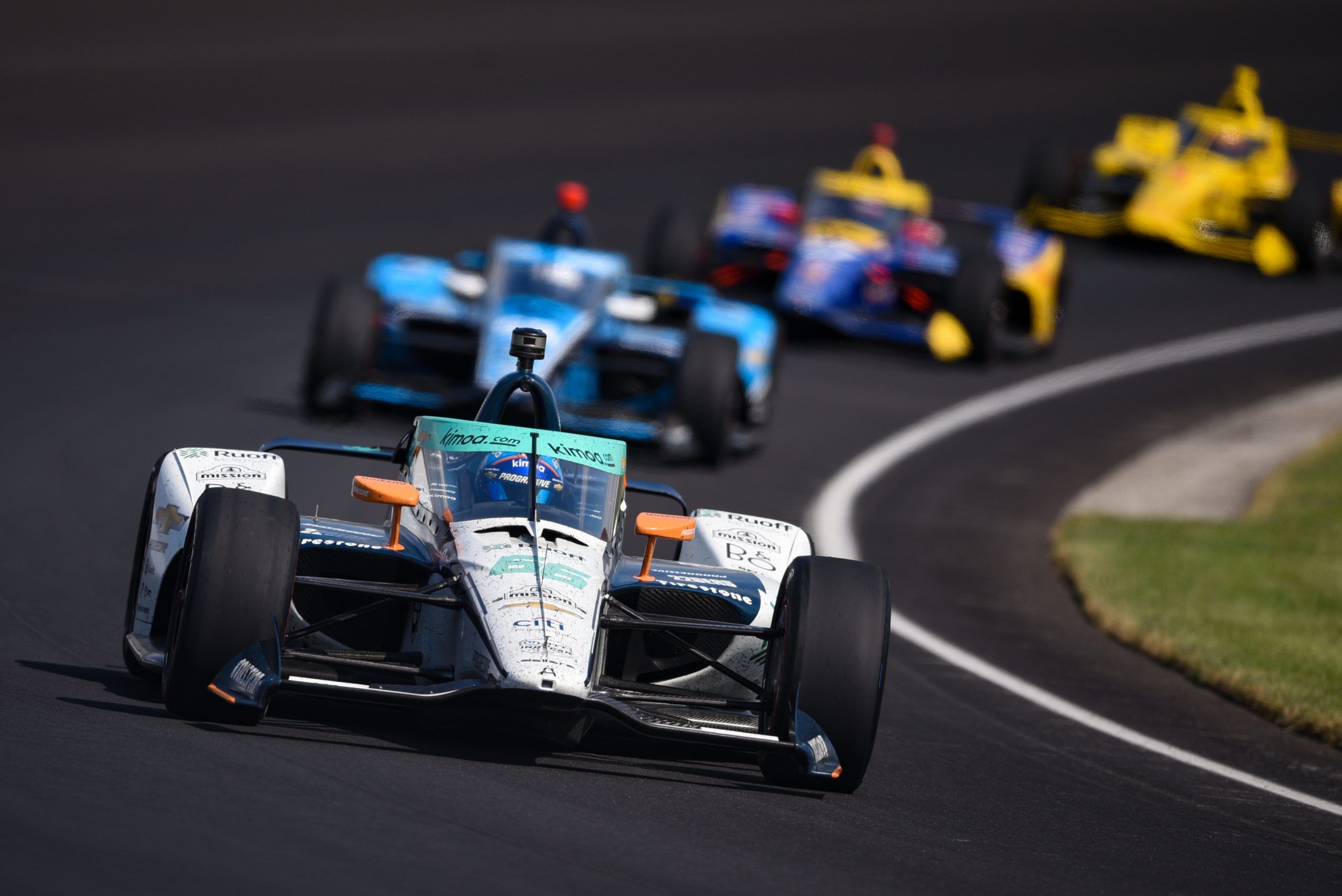 At the risk of sounding over-simplistic, Arrow McLaren SP had a disappointing Indy500.

What easily could have been, and initially looked to be, a very strong race for the newly-formed team, quickly devolved, after Askew, who had been the most front-running of the three entries bearing the team’s name, took evasive action in response to ECR’s Conor Daly’s crash, and hit the SAFER barrier on the inside of turn four.

It was the second time Askew had large contact with the walls of IMS, the last time being at the GMR Grand Prix. With Alonso, the team’s third entrant, down the running order after a poor qualifying was compounded by some clutch issues and lacking race pace, this left only Indy500 rookie O’Ward to effectively pick up the scraps for the team.

And that O’Ward did, as he climbed his way up the order to ultimately finish sixth, claiming Indy500 rookie of the year honors in doing so. This was a silver-lining for the team, and afterwards, the Mexican said that he feels he extracted the most out of his car.

“I think we had a solid run,” said O’Ward to media including FormulaRapida.net. “We were running in the top five most of the race. We were fighting up there, mixing it up with Dixon, Rossi, Takuma. Great job to him. But man, towards the end, I just didn’t have quite enough to try and get those Hondas in front of us. I think we juiced out the car.

“We got everything out of it. We were the second Chevy right behind Josef in fifth. I think it was a good job for my first-ever Indy500. The only thing that matters here is winning, so [I’m] excited to come back next year and try to get that win because this place is pretty special.” O’Ward also told of his battle to keep his adversaries at bay, as he lacked the power to even maintain positions when he was in the draft, let alone overtake, as his strategy demanded extreme fuel saving of him.

“I truly thought I was getting decent restarts,” said O’Ward. “They weren’t amazing, but they weren’t terrible. They should have been enough to at least just stay in position. But I couldn’t. I got overtaken on the outside like by two cars at the same time. I was saving a lot of fuel. It was really hard to keep them behind me, honestly, in those circumstances. So much more important to end the race than to risk something and end up in the wall.”

On the other hand, the struggles for Alonso were, however, vastly more ruinous, as was highlighted by the Spaniard’s 21st-place finish in the prestigious race. The 39-year-old explained that each lap was a battle, as they suffered poor balance in the race’s early stages, and in the second half, had issues with their clutch.

In the words of Alonso himself, luck was not with the #66 team, but he was pleased to finish his first Indy500. “It was a very eventful race for us,” he said. “We didn’t have one lap of kindness, let’s say. We were struggling from the very beginning with the balance of the car with a lot of oversteer. We kept changing that balance in the pit stops, reducing the front flap, doing tire adjustments, and then we started to be happy with the car.

“We were up to P15 around Lap 110, which is where we wanted to be. We spent half the race going from P26 to P15 and then we had a clutch problem on the car that we didn’t know how to solve. We finished the race without the clutch, so from that point on every pit stop we had to push the car, engage the gear and go. That cost us a lap and unfortunately, we kept that lap down until the end and we could not achieve anything more.

“I’m happy to finish the race, cross the line and have one 500 miles in the pocket, that’s the positive thing. The negative is that we were out of contention very quickly with the clutch problem. Anyway, I think the Arrow McLaren SP team was fantastic during the race. The strategy and pit stops meant we were always gaining positions. I’m very proud of the work we’ve done over the last couple of weeks. We tried to race, but luck was not with us today, but I’m proud of the effort from everyone in the team,” summed up Alonso.

After crashing out of 2020 Indy500, meanwhile, Askew had nothing but apologies for his team, and gratitude for those that tended to him after his high-speed impact in the form of the AMR safety team, who were out in force on Sunday. Like many others whose dreams were crushed this year at Indy, he is putting his head down and focusing on future endeavors: in his case, Gateway.

“First of all, I need to thank the AMR Safety Team, Dallara and INDYCAR for keeping us as safe as possible in these cars going these speeds,” said Askew. “I’m sorry for the No. 7 Arrow McLaren SP team. They’ve worked so hard all week, all month, all year building up to this event. So, to have a result like this is really sad for all of us, but we will move on to Gateway next weekend.

“I was really happy with the pace we had and the aggressive strategies we were running. We were trying to make something happen, with passing being at a premium at this race. Thanks again to the team for all their hard work.”