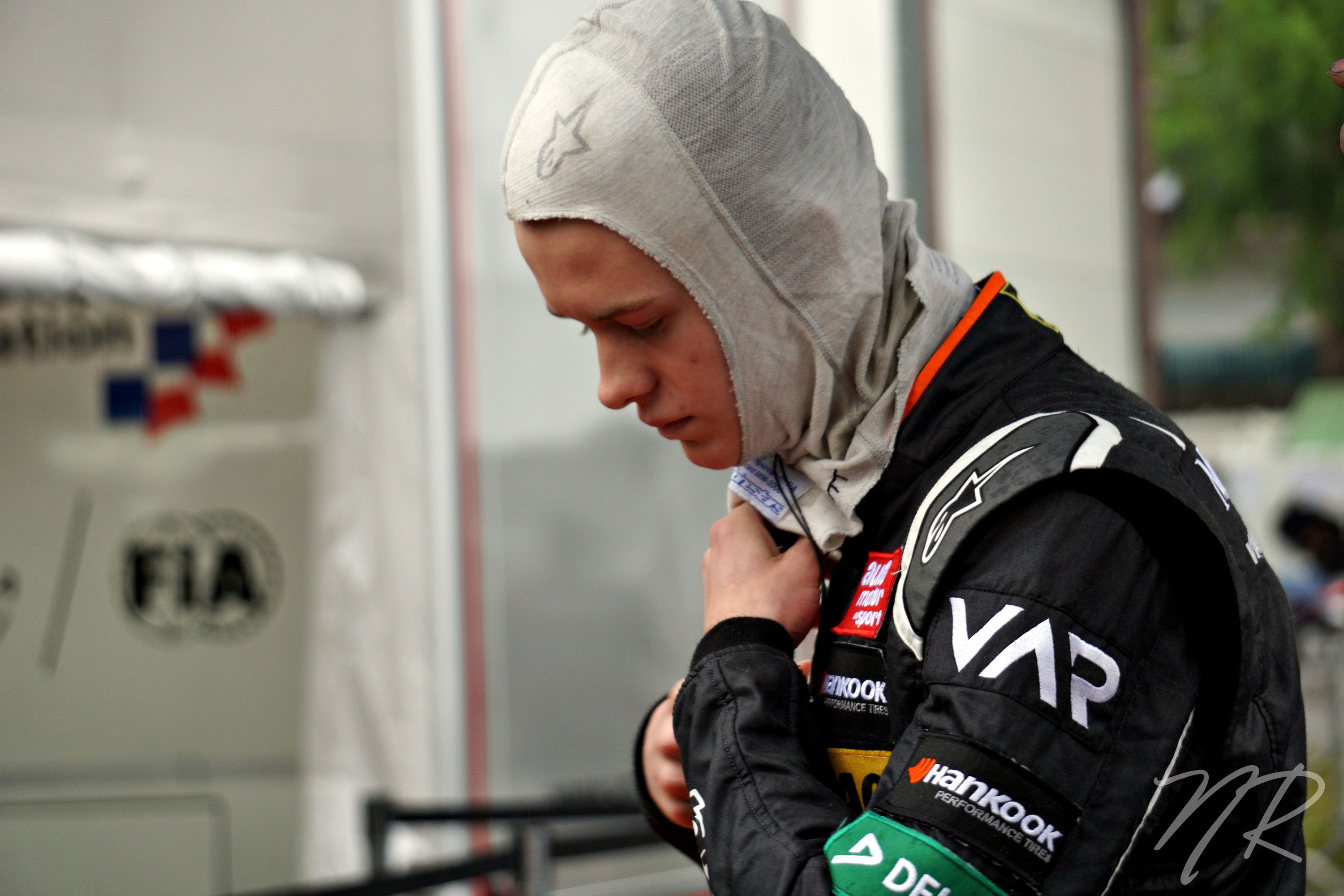 Due to a change of engine during the week-end, Callum Ilott loses the benefit of his almost perfect qualifying sessions by taking grid place penalties. Mikkel Jensen and Nick Cassidy are also penalized.

After some issues on his engine this morning, Callum Ilott was forced to settle down for FP2 and change of engine during the week-end. Therefore, the British Van Amersfoort Racing driver is handed three ten-place penalties to serve on each race of the week-end.

This penalty happens while Ilott sets his best qualifying day so far in the series with a P2 in Q1 and a double pole in Q2, much faster than everyone else on track on Friday afternoon. Currently second in the championship, Ilott will have to fight his way back to the top to prevent Lance Stroll from growing his gap up in the championship as he will start from pole on race 1 and race 3. Ilott may benefit from the rain expected on Saturday to come back from P11 in race 1 and P12 in race 2 when his team mate, Anthoine Hubert, will start from pole for the first time in his F3 career. Ilott will also start from P12 on race 3.

Mikkel Jensen and Nick Cassidy are also handed grid penalties, both for failing presenting at post qualifying weighting after Q2. Both are handed 3 places of penalties for race 2 and race 3. Therefore, Jensen will start P9 and P10 when Cassidy will start P20 for each race.