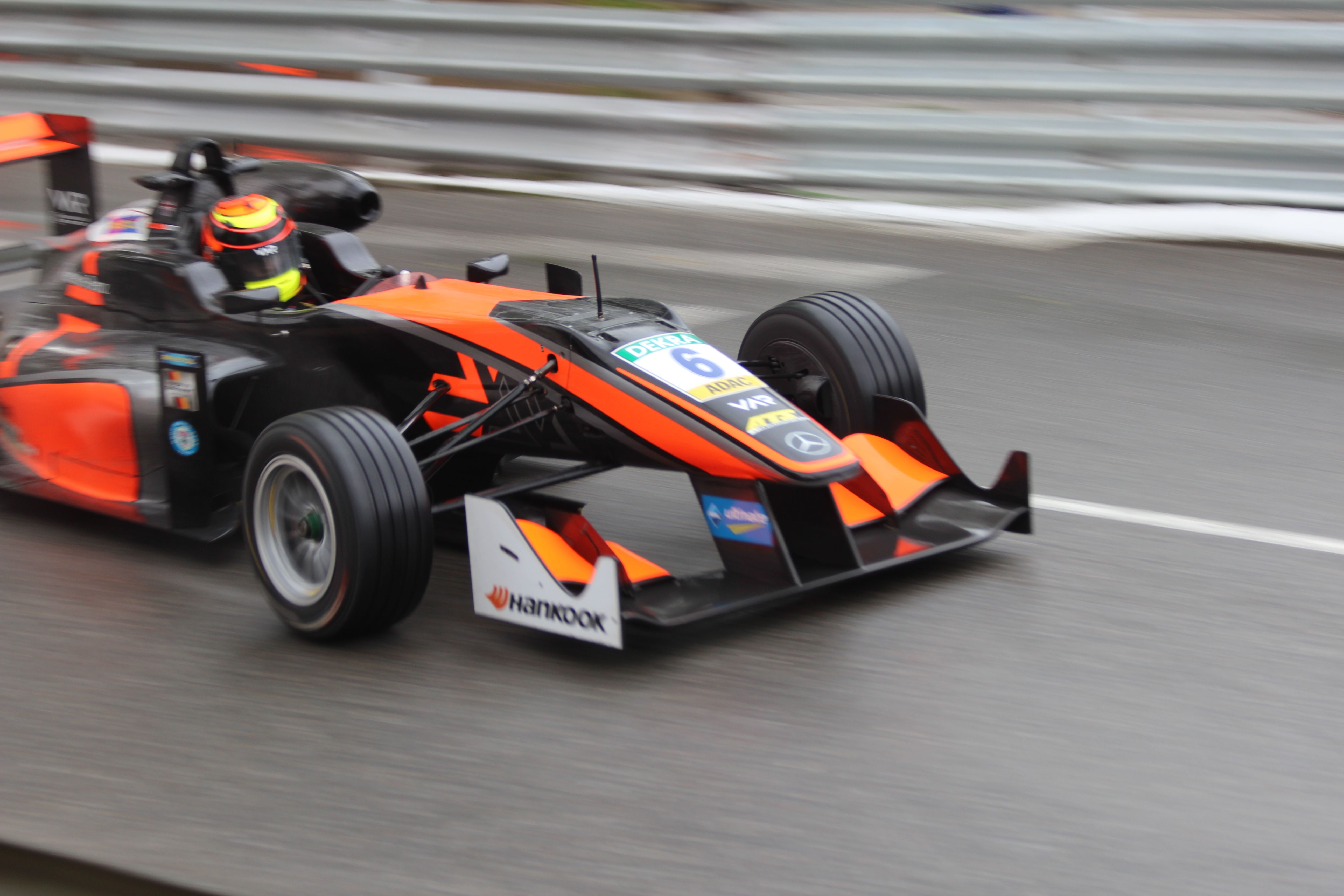 Callum Ilott leads both free practice session on wet track at Pau. He leads from Lorandi and Barnicoat in FP1 and from Cassidy and Aron in FP2.

Free practice session takes place on a wet track under a light rain. Twenty-one drivers take part of the session as Neslon Piquet Jr’s participation to the Pau Grand Prix has been blocked by FIA.

The first quick laptime is set by Alessio Lorandi with a 1:32.028. The Italian driver, who scored his first points of the season on this track last year, keeps the lead of the timing, getting faster each lap. Behind him, the Motopark and Van Amersfoort Racing cars show their pace.

After ten minutes, local boy, Anthoine Hubert gets Lorandi out of the top with a 1:25.452 ahead of Joel Eriksson, the two rookies the only ones under 1:26 yet. Meanwhile, David Beckmann, for his first outting in Formula 3 has a spin at T1.

Hitech GP cars don’t stay out of the game as Ben Barnicoat and George Russell top the times. The session is for now led by Hitech, Van Amersfoort, Eriksson’s Motopark and Lorandi’s Carlin. Russell is the first to get under 1:24.

Drivers stay extremely careful not to touch the barriers as it would be a real problem for them and for the team. With ten minutes to go, Russell leads ahead of Barnicoat, Stroll, Cassidy and Günther.

With three minutes to go, Lorandi chases Russell and tops the session with a 1:22.030 but with one minute to go, he lost the rear at Foch and hurt the barrier. The session ends with Ilott ahead of Lorandi, Barnicoat, Russell, Jensen, Kari, Tveter, Stroll, Cassidy and Hubert in the top 10.

As FP2 starts, the rain starts getting stronger and drivers stay in their garage. Meanwhile, Sergio Sette Camara’s car is required by the stewards avec FP2. Six minutes after the green flag is waved, Beckmann and Günther are the first one to head out. Russell, Tveter, Günther, Kari and Hubert are the fastest on track. Niko Kari makes the same mistake than Beckmann in FP1, going wide at la Gare.

Prema Powerteam cars look much faster than in the first practice session with Günther, Stroll and Cassidy in the top 4 with twenty minutes to go. As the rain lightens, drivers can go faster on track. With fifteen minutes to go, Russell goes fastest ahead of Ilott and Stroll. Hubert keeps the pace in the streets of a Grand Prix he won twice already. Most drivers get the possibily to match their FP1 times by the end of FP2 as the track keeps drying. Ilott comes fastest with 1:22.000 and Cassidy goes second ahead of Aron, Stroll, Russell, Barnicoat, Tveter, Jensen, Eriksson and Hubert.