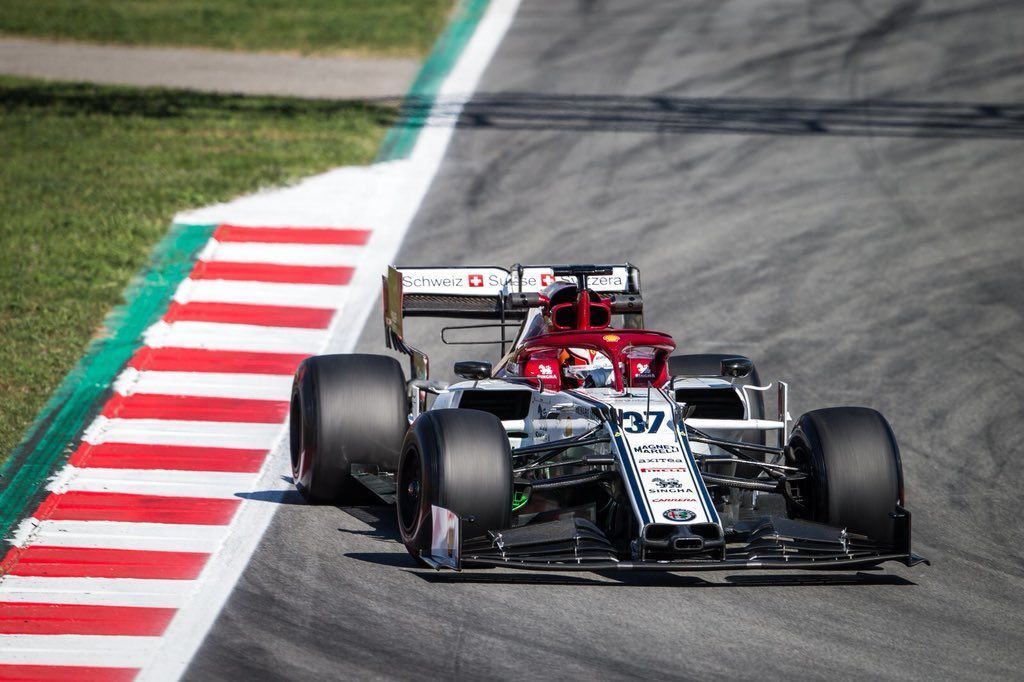 Ferrari Academy Driver Callum Ilott had a solid run on his first day in a F1 car in Barcelona until he crashed the Alfa Romeo Racing car to miss nearly half of the day.

Sauber Junior Team by Charouz’s Formula 2 racer Ilott got his first F1 chance courtesy of Ferrari with Alfa Romeo on Day 1 of the Barcelona in-season test, but the Brit’s run ended in a crash when the C36 snapped at Turn 3 for him to be beached on the gravel.

Until the hit, Ilott completed 41 laps with a best of 1m19.819s on the C2 (on the harder side) compound to be 11th in the standings. In fact, the British racer was planning for a performance run in the afternoon when the crash took place.

There was nothing unusual with the car or the weather as he explained. He said that the car just snapped in the corner for him to end up in the gravel. Despite the downer, Ilott was happy to get his first chance in a F1 car which always remain a sound memory.

“I’m absolutely gutted for me and Alfa Romeo Racing and of course I feel I’ve let the team down,” he said. “Up until the crash things were going pretty well and I was enjoying myself delivering the program as planned.

“The difference between an F2 car and an F1 car is unbelievable when it comes to speed and grip level. Right from the start I felt quite comfortable and could steadily improve the performance, but then I lost it in Turn 3.

“It is certainly not exactly the way I imagined my first day in an F1 car to end. Still a great learning experience for me and I’m very grateful to Alfa Romeo Racing for having been given this opportunity.”

The car sustained damage but the team said it will be fixed by Wednesday for Kimi Raikkonen to take over and carry on with their programme. The only downside is that the mechanics have to work night-shift to get the car ready.