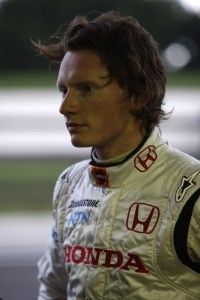 The second practice session in Long Beach has established itself as the most crash eventfull so far in the championship. The first red flag when Saavedra spun and has touched the wall, Justin Wilson and De Silvestro have also had several problems. Ryan Hunter Reay has taken the lead after lastest twelve minutes  followed for the second time in the day in second place Mike Conway, a great result for English considering the fewer miles that leads to the car. Finally, the results in the top have been for the defending champion Hunter Reay, Conway, Power, Vautier, Castroneves.