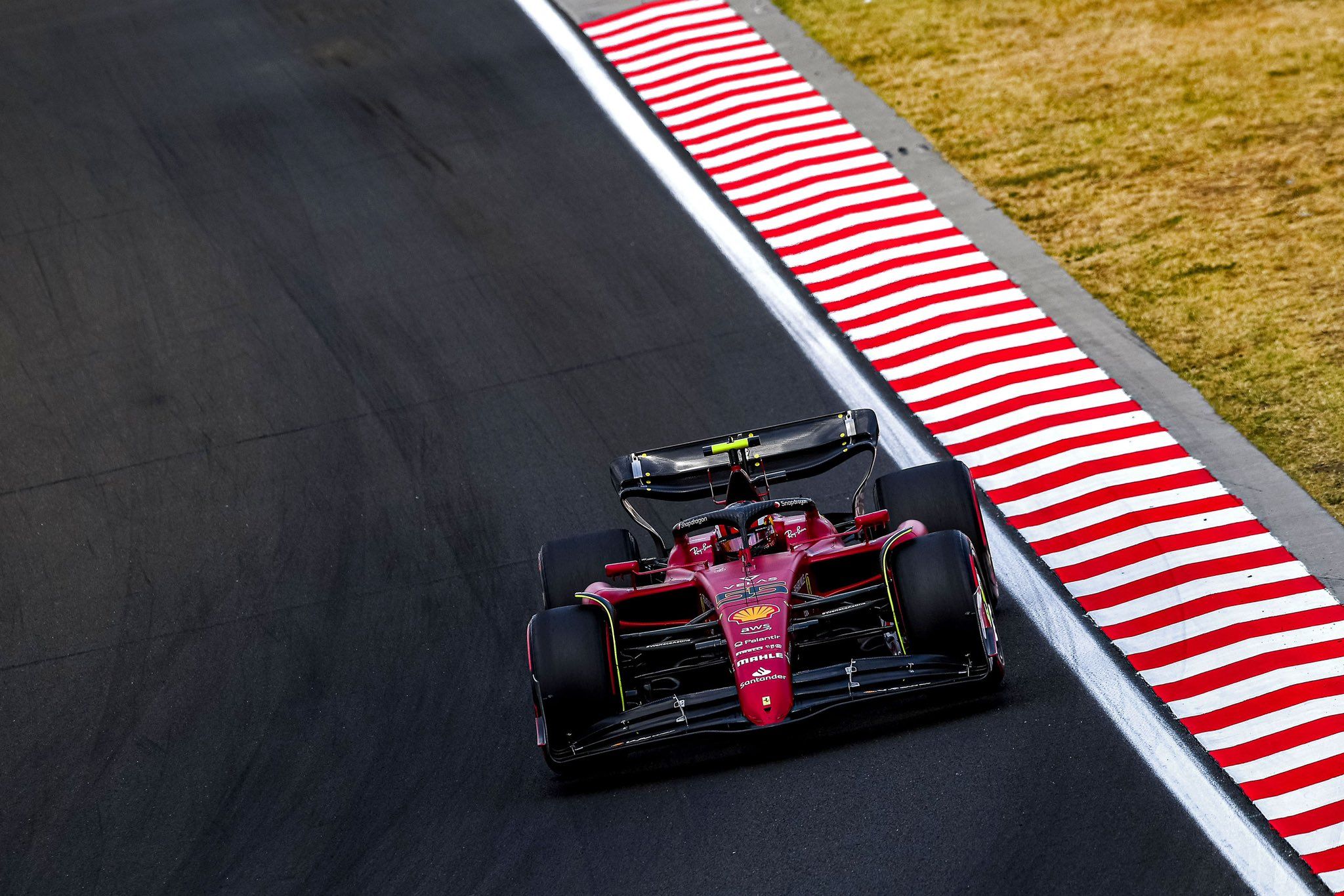 It was a relatively sedate FP1 session in F1 Hungarian GP where only couple drivers had some minor off moments like Yuki Tsunoda and Fernando Alonso. The weather remained dry all-through, but Saturday is slated to be a wet one mostly.

The standings saw Ferrari’s Carlos Sainz lead the way in FP1 of F1 Hungarian GP after his 1m18.750s lap as Red Bull’s Max Verstappen (1m18.880s) slotted in second ahead of Ferrari’s Charles Leclerc (1m19.039s) to break them apart.

The Spaniard seemingly had more time after a small twitch on his initial fast lap. McLaren’s Lando Norris (1m19.299s) did well in fourth from Mercedes’ George Russell (1m19.606s), with Red Bull’s Sergio Perez (1m19.622s) only sixth in the order.

It was Sebastian Vettel ahead of Lance Stroll, with the team bringing in a rear wing update having armchair endplates which generated lots of eyeballs towards them. The AlphaTauri pair followed them with Pierre Gasly in 13th and Tsunoda in 14th.

Alfa Romeo’s Zhou Guanyu was 15th from Williams’ Alaxander Albon, whereas the Haas pair of Kevin Magnussen and Mick Schumacher slotted in 17th and 18th. The Dane had all the updates on his car, with taunts of ‘white Ferrari’ echoing in the paddock.

Alfa Romeo once again fielded Robert Kubica in the FP1 session in place of Valtteri Bottas – with the move not related to giving youngsters a chance. The team is yet to utilise either of its two sessions, as Williams’ Nicholas Latifi rounded out the 20 runners.

Carlos Sainz tops the charts in our first session of the weekend 👊#HungarianGP #F1 pic.twitter.com/1rTT9as4Y4