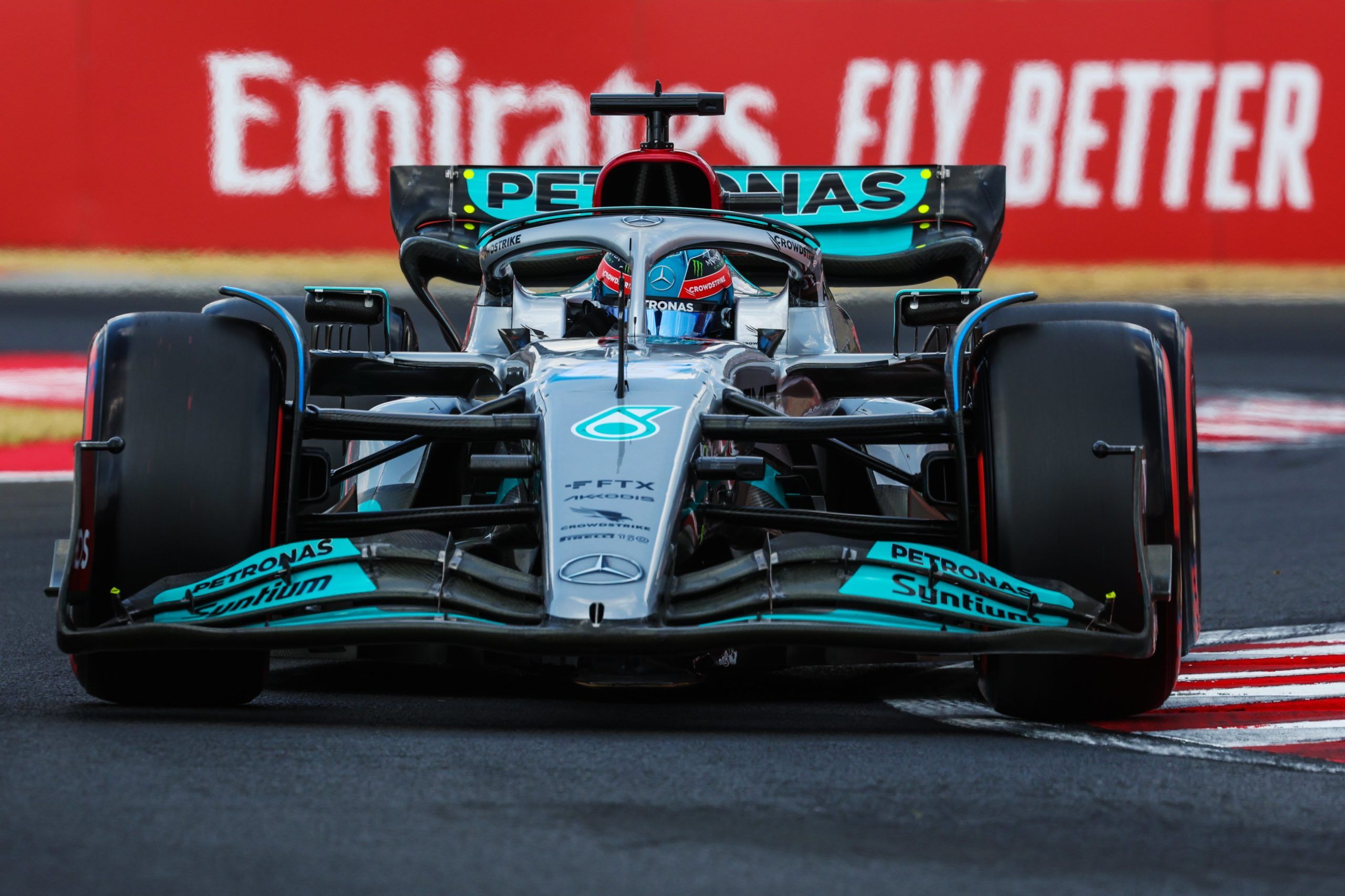 While the clouds hovered around the Hungaroring circuit, it was dry to start the first part in F1 Hungarian GP qualifying. With soft tyres use all-through the grid, Red Bull’s Max Verstappen set the pace initially at the front with a 1m18.509s lap.

The Ferrari pair of Carlos Sainz and Charles Leclerc slotted in second and third. Late laps from Mercedes pair of Lewis Hamilton and George Russell put them first and second, with the former setting the pace after a 1m18.374s lap which was 0.033s quicker.

The Frenchman was frustrated on the radio, as Williams’ Alexander Albon (1m19.256s) was 17th with teammate Nicholas Latifi (1m19.570s) 20th while another frustrated driver Sebastian Vettel (1m19.273s) was 17th in his updated Aston Martin car.

The second part in F1 Hungarian GP qualifying saw a bad start for Red Bull’s Sergio Perez whose initial quick lap was deleted due to track limits. But his lap was reinstated by the stewards which brought him inside the Top 10 but just in ninth.

The final part in F1 Hungarian GP qualifying had Ferrari’s Sainz on provisional pole with a 1m17.505s lap after the first flying lap, with teammate Leclerc third behind Mercedes’ George Russell with the Brit beating one of the Ferrari cars.

Red Bull’s Verstappen did not have the best of laps to be seventh after a lock-up in the left-hander which pushed him onto the run-off. The problems for the Dutchman continued on his second lap as he complained about ‘no power’ on his radio.

At the front, Ferrari’s Sainz upped his pace to seemingly take pole but Mercedes’ George Russell came out of nowhere to take his first F1 pole in Hungarian GP with a 1m17.377s lap after not going purple in any of the sectors on his fast lap.

While Russell took F1 pole, teammate Lewis Hamilton (1m18.142s) was only seventh after aborting his final lap due to DRS issues. Alfa Romeo’s Valtteri Bottas (1m18.157s) was eighth from McLaren’s Daniel Ricciardo (1m18.379s) in ninth, while a frustrated Verstappen (1m18.823s) rounded out the Top 10.