Home F1 Hungarian GP: Leclerc gets on top in FP2 from Norris, Sainz 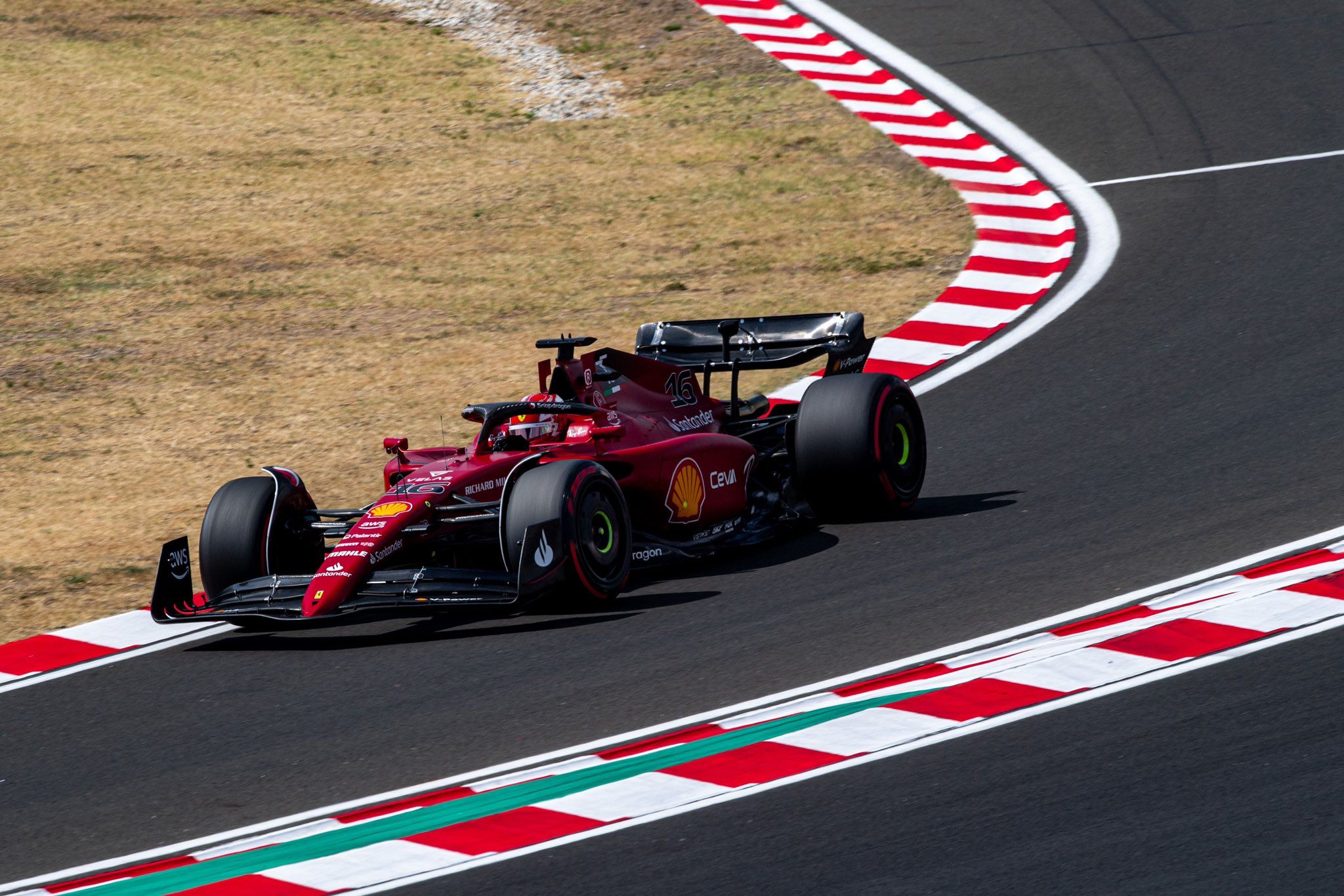 Ferrari was on top again in FP2 of F1 Hungarian GP with Charles Leclerc on top whereas teammate Carlos Sainz was third behind McLaren’s Lando Norris.

Ferrari remained on top in FP2 of F1 Hungarian GP at Hungaroring with Charles Leclerc setting the pace with a 1m18.445s lap whereas his teammate Carlos Sainz (1m18.676s) was third this time in a swap from FP1 session.

McLaren’s Lando Norris (1m18.662s) put in a solid lap to end up second despite some iffy moments for him during the session, with teammate Daniel Ricciardo (1m18.872s) doing well to be fifth behind Red Bull’s Max Verstappen (1m18.728s), who was only fourth.

The Dutchman did not have a good lap, much like teammate Sergio Perez (1m19.397s) who was only ninth. Leclerc, meanwhile, had to wait a bit inside the garage after the team found some issue. He also had a late moment at Turn 4 where he ran wide.

Alfa Romeo’s Valtteri Bottas (1m19.411s) rounded out the Top 10, who made his first presence after missing the FP1 for Robert Kubica. Mercedes’ Lewis Hamilton was 11th as he didn’t get a lap time in after being held-up by Norris.

The Mercedes driver also had a moment off track, much like Haas’ Mick Schumacher. Alfa Romeo’s Zhou Guanyu was 12th from Alpine’s Esteban Ocon, with Aston Martin’s Lance Stroll in 14th from first of AlphaTauri of Pierre Gasly.

Despite the updates, Haas’ Kevin Magnussen was only 16th from Schumacher, with Williams’ Nicholas Latifi in 18th ahead of AlphaTauri’s Yuki Tsunoda and Williams’ Alexander Albon, who lost his rear and spun around at Turn 1.