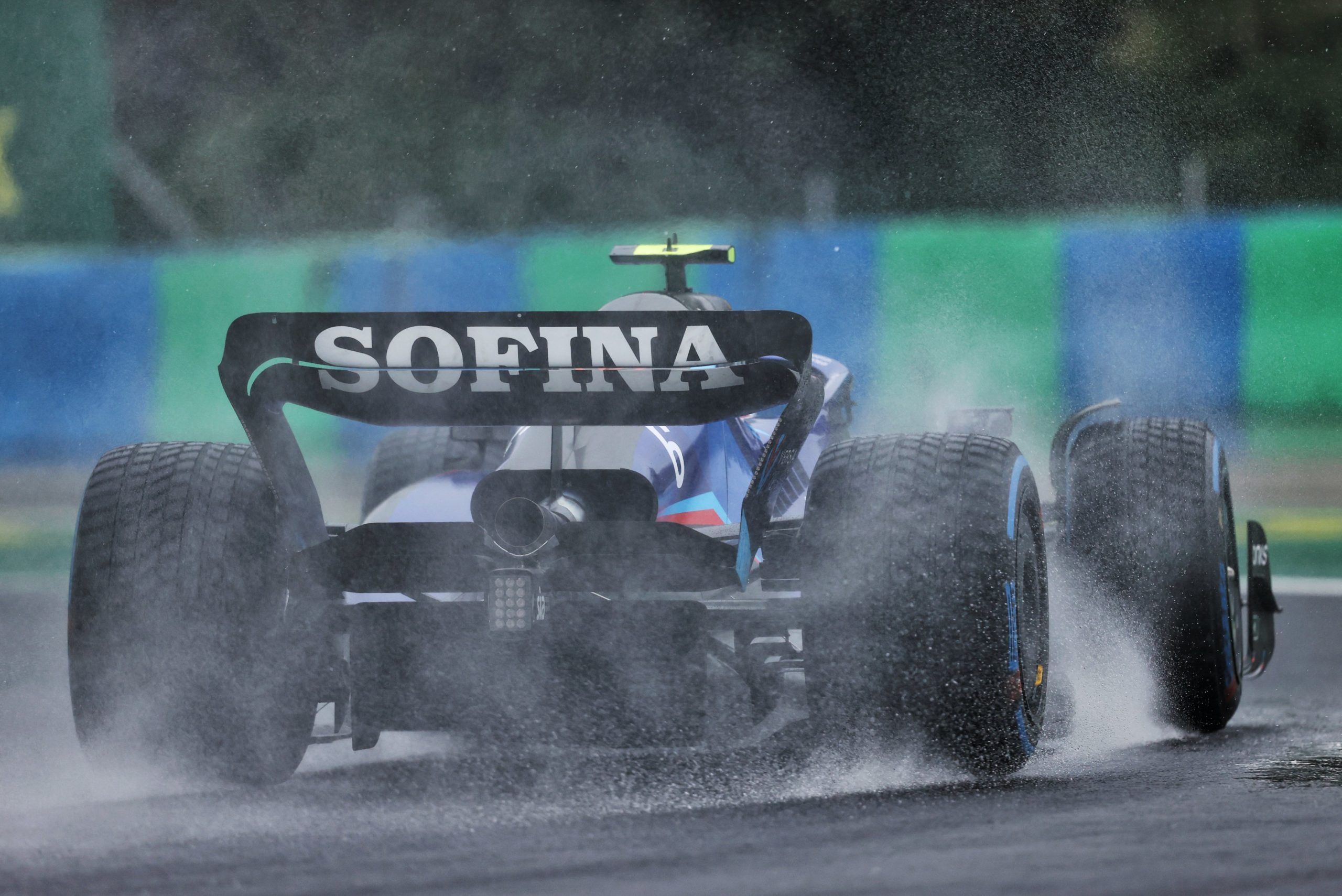 Williams’ Nicholas Latifi was fastest in a wet FP3 of F1 Hungarian GP as Alexander Albon was third behind Ferrari’s Charles Leclerc.

The wet weather arrived at expected at Hungaroring for FP3 in F1 Hungarian GP with wet tyres used mostly. The latter stages saw may using the intermediate compound too, to understand the tyres better for qualifying ahead.

There were some offs and spins which included AlphaTauri’s Pierre Gasly, Ferrari’s Charles Leclerc and Mercedes’ George Russell. There was a red flag for an incident for Aston Martin’s Sebastian Vettel, who smashed onto the tyre barrier.

Post red flag, there was a surprise lap time on the drying track and the intermediate tyres, as Williams’ Nicholas Latifi set the pace with a 1m41.480s lap whereas teammate Alexander Albon was third after setting a 1m42.381s lap.

McLaren’s Lando Norris was eighth being the last of the intermediate runner, with Aston Martin’s Vettel slotting in ninth from Haas’ Kevin Magnussen in the Top 10 who set their pace on the wet compound. His teammate Mick Schumacher did same in 12th.

Here’s what was said after Friday in F1 Hungarian GP