Home In the Spotlight Hulkenberg decides not to pursue IndyCar route; thanks AMSP for the test 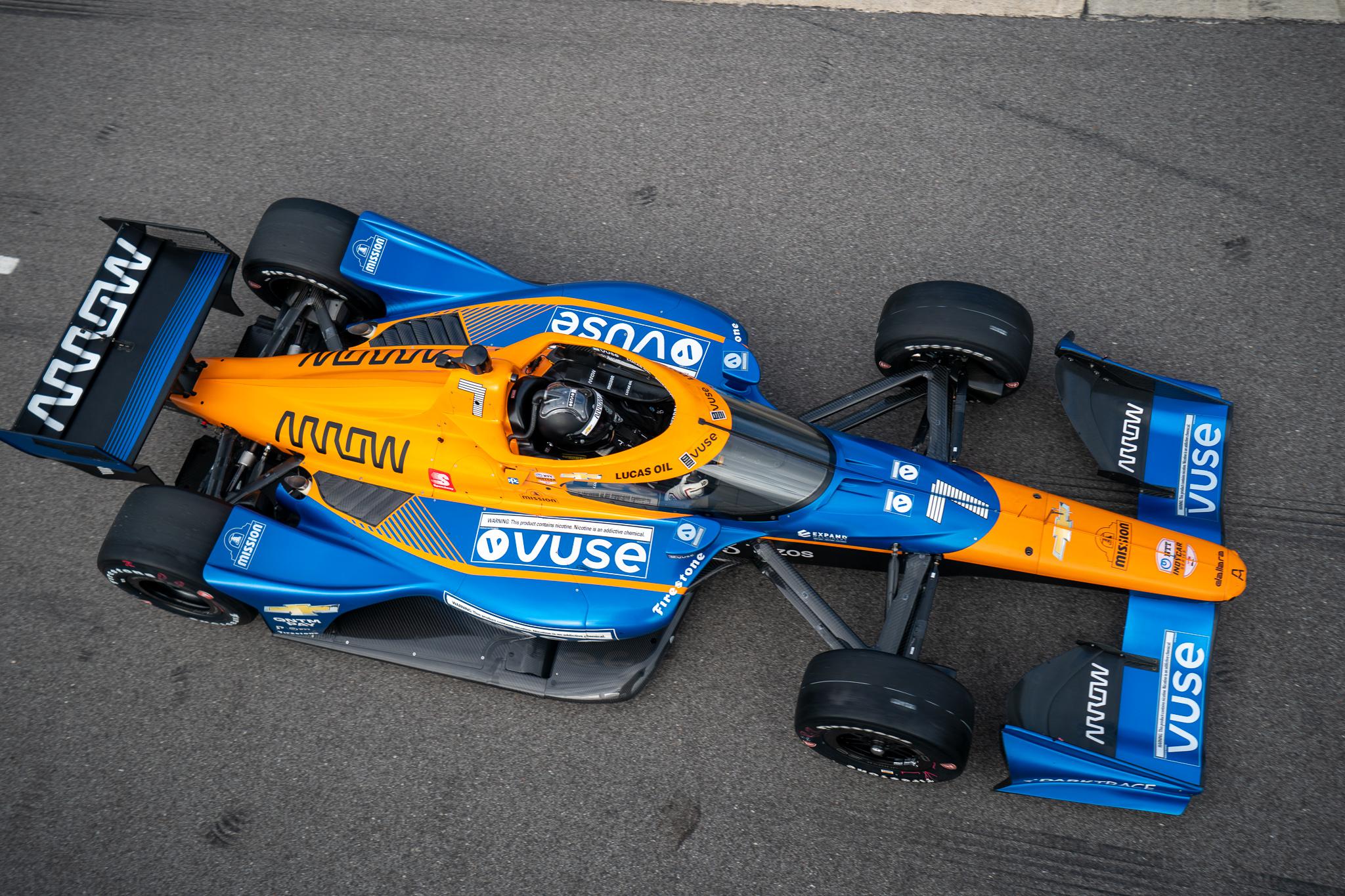 Nico Hulkenberg is no longer pursing the IndyCar route as he thanks Arrow McLaren SP for the one-off test held at Barber.

Even though Zak Brown put Hulkenberg among the top on his priority list for Arrow McLaren SP in IndyCar, the German has decided not to pursue the route anymore citing ‘personal reasons’ for his decision – something which he has said before.

When his stint with Renault was to end in F1, Hulkenberg had mentioned about being less enthusiastic of racing in IndyCar, particularly the oval rounds. But after talks with Brown – aided by Andreas Seidl – he seemingly agreed for a test run with Arrow McLaren SP.

It was positive all around with Brown quite happy to give Hulkenberg a chance and put him on top of his priority list for a third car. But with the test done and weeks gone, the German has now confirmed his decision that he is no longer looking to compete in IndyCar.

While he is a pundit for Red Bull’s Servus TV and also the reserve for Aston Martin F1 Team, Hulkenberg has stated that he will soon update about his plans for the future – hinting that something is already in store for the experienced German driver.

Since his F1 stint ended, Hulkenberg has tested various GT cars and was in line to make his ADAC GT Masters debut but for a late call from Racing Point during the COVID-19 pandemic. Since then, he is yet to have his debut event in GT racing.

“It was exciting to test an IndyCar two weeks ago and I am grateful to Arrow McLaren SP for this opportunity. However for personal reasons I decided not to go ahead with it. Keep you posted on my future plans,” wrote Hulkenberg.

Following the news from Hulkenberg, Andretti completed its 2022 IndyCar line-up after signing up IndyLights racer Devlin Defrancesco, who tested their machine few weeks back. The Italian-Canadian will pilot the Andretti Steinbrenner Autosport’s No. 29 Honda.

Defrancesco joins Alexander Rossi, Colton Herta and Romain Grosjean in a four-car line-up. “I am incredibly grateful to Michael and George for the belief they have shown in me over the past two seasons moving up the Road to Indy ladder,” said DeFrancesco said.

“To now take that final step into INDYCAR with two of the world’s biggest names in sports – Andretti and Steinbrenner – is an incredible opportunity that I can’t wait to take full advantage of. I have three very experienced teammates to learn from and that is what makes this opportunity even more exciting.

“To get to race in the NTT INDYCAR SERIES with Andretti Steinbrenner Autosport and to contest the Indianapolis 500 is a dream come true and I’m so looking forward to getting started.” At the same time, Michael Andretti added:

“We’re thrilled to keep Devlin in the Andretti Autosport family as he makes his final jump up the Road to Indy ladder into INDYCAR. Devlin has been a great addition to our Indy Lights program and has showed a lot of growth and strength at the recent test days. I think he’ll continue to grow with INDYCAR and I’m really glad that we could again partner with George and the Steinbrenner Racing team for the No. 29.”