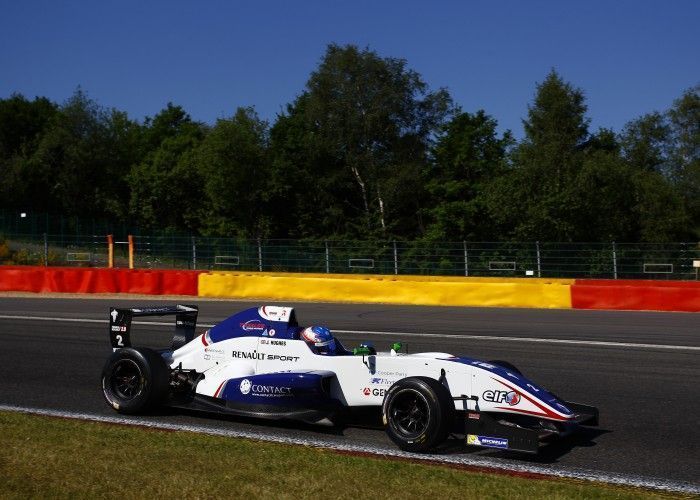 The driver of Koiranen GP, Jake Hughes, wins the first race in the Belgian circuit of  Spa after getting the Pole Position. Have followed him Matevos Isaakyan and Thiago Vivacqua.

Started the race at the legendary Belgian circuit of Spa with a magnificent sart of Jack Aitken who managed to get in first position followed by his team mate. But the joy was short-lived. In the second sector due to an error, Jake Hughes and Matevos Isaakyan have been used to advance and occupy the first two positions respectively.

The Italian Alesso Lorandi of the GSK Grand Prix was compelled to leave because of a problem in the first round.

Hughes began to mark a strong pace for attempting to escape from their pursuers. It seemed that the only driver able to follow him was Isaakyan (JD Motorsport). In third place ran his team-mate Thiago Vivacqua followed closely by Romanov.

Finally Hughes won the race ahead of Isaakyan and Vivacqua.