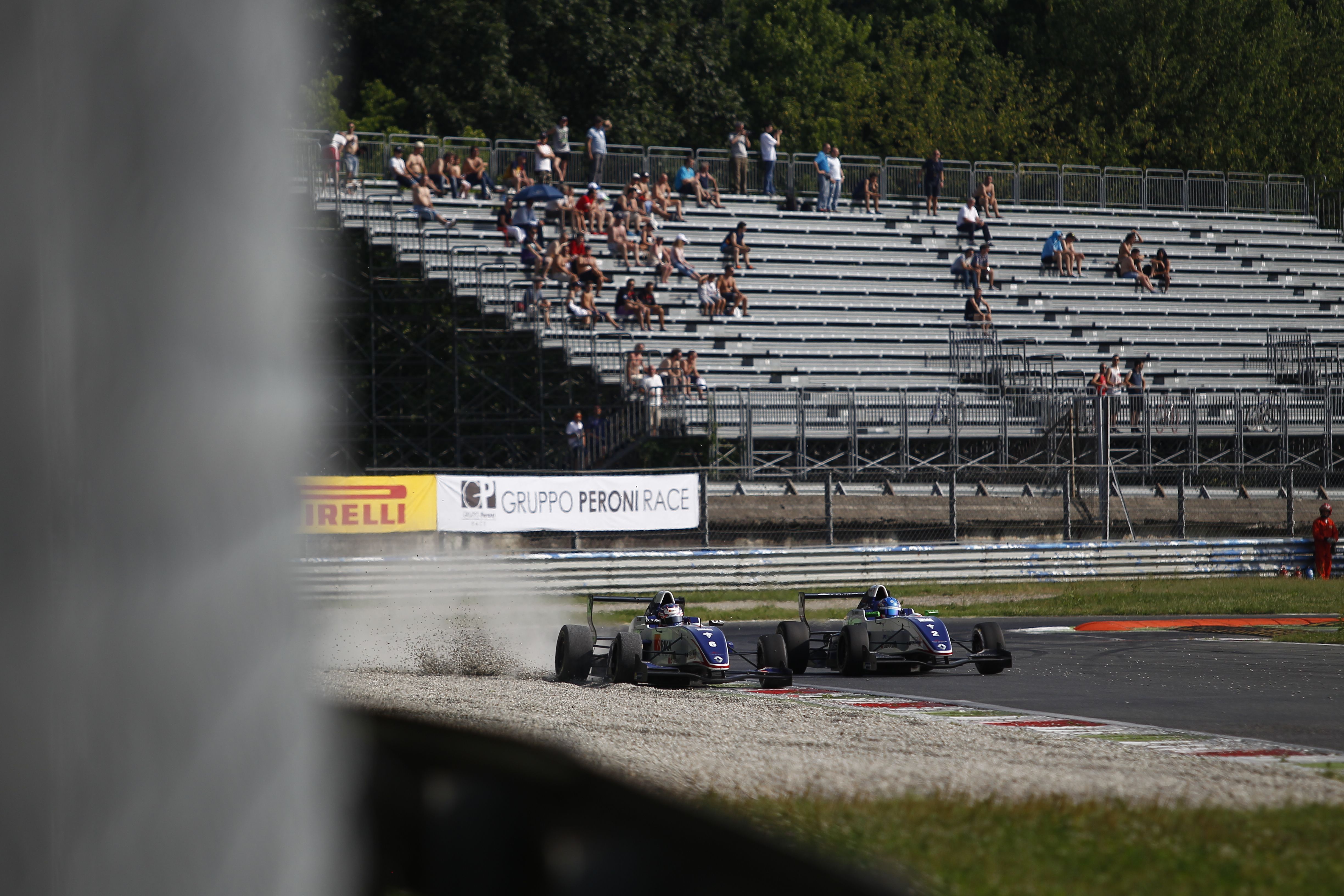 Hughes transformed the pole position to a victory at race 2 of Formula Renault 2.0 Alps in Monza. The British led under the huge attacks of Vivacqua who finished second. Riener completes the podium on third place.

Jake Hughes won a race under very hot conditions, and over the yesterday’s race winner, Thiago Vivacqua who fight until the end for the victory. The JD Motorsport driver showed a cool mind of racing, not like Isaakyan who went off after been overtook by Vivacqua. This helps Riener to overtake the Russian to get the final podium time.

Out of the podium on fourth place finished the Austrian Ferdinand Habsburg who takes the advantage of the crash between Aitken –who has comeback from 14th, and Cazzaniga.

Vasily Romanov has battle for the podium, but a mistake when he was going to overtake Riener, makes him lost some positions. Behind him the other Russian of Isaakyan and Ferrer. Daruvala was 8th, followed by Fischer and Hamprecht who contact with Pronenko.