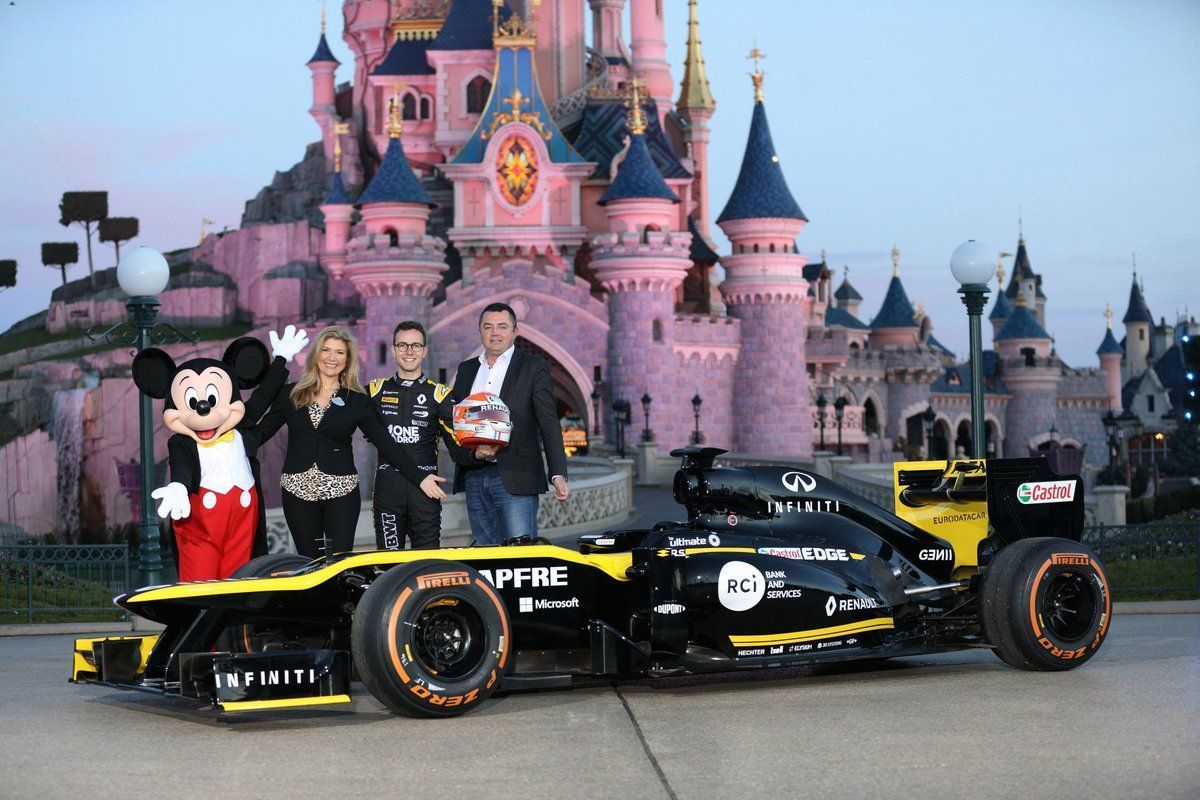 Renault Academy Driver Anthoine Hubert had his first chance in a F1 car during the two-day showrun at Disneyland in Paris.

Hubert drove the Renault E20 in Disneyland in the first of the 15 showruns planned by the French manufacturer on April 6-7 in association with the French GP organisers as they build towards the second grand prix event at Paul Ricard after 10 years gap.

The demonstration was also the first time for the FIA Formula 2 Championship driver for BWT Arden. Even it wasn’t an official track run but Hubert got the taste of what it feels like inside a F1 cockpit, having only come close so far to drive it on a simulator.

Hubert was also part of the ‘Moteurs… Action! Stunt Show Spectacular’ in Disneyland where he was accompanied by three Suzuki Hayabusa-powered cars and a pair of Yamaha YZ250F off-road motorbikes – which was also streamed live on Facebook.

As mentioned above, the Disneyland showrun was the first of the 15 planned for the rest of April and May – which will feature the likes of Daniel Ricciardo, Nico Hulkenberg, Sergey Sirotkin, Jack Aitken and other Renault Academy drivers.

Cyril Abiteboul, MD of Renault Sport Racing said: “Meeting fans and introducing as many people as possible to the magic of Formula 1 is a goal for Renault. The success of this weekend’s event at Disneyland Paris demonstrates the French public’s interest in F1.

“As a French team, it is essential to participate in this national tour and we look forward to continuing this campaign across France.” Former F1 boss Eric Boullier was also present for the event with the Frenchman playing an ambassador and advisor role if French GP.