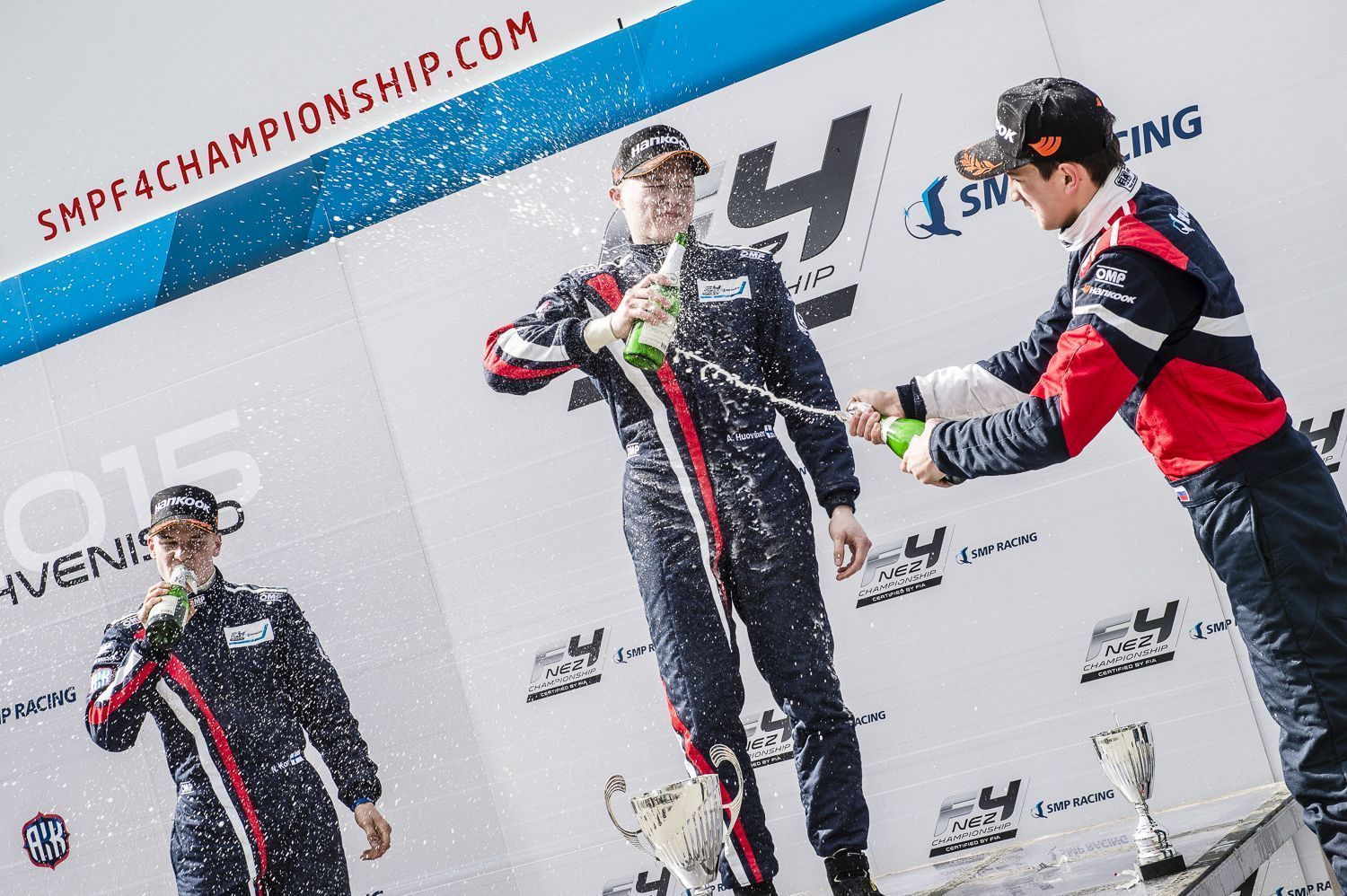 Aleksanteri Huovinen has earned the first victory in the history of the SMP F4 NEZ in Ahvenisto circuit. Behind the Finnish finished Niko Kari and Vladimir Atoev, author of the pole.

The sun was beaming down on the Ahvenisto track ahead of the first ever SMP F4 race. The crowds were out in their numbers around the circuit ready to watch an exciting race.

At the green lights Huovinen took the lead over fellow Finn Niko Kari followed by pole sitter Vladimir Atoev. The Finnish driver lit up the time sheets with purple sectors being the fastest man on track. Further down the field Aleksey Korneev had a very disappointing start dropping from P5 to P14, Brit Enaam Ahmed on the other hand jumped up to P7 after starting last, a fantastic start for the World Karting Champion!

Russian Troitskiy was all over the back of Eriksson but just couldn’t find the space to overtake. Matveev managed a great move to pass Evstigneev for P9. Huovinen made a small mistake, however kept hold of the lead, but by only 0.669 as an advantage over Kari who was fighting hard to take P1.

In the meantime the red flag appeared and the safety car was deployed after Troitskiy and Eriksson’s wheel to wheel battle ended after they touched causing the Swede to spin coming to a halt in the middle of the track. As this was happening at the other end of the track Niklas Nylund and Semen Evstigneev had a huge impacting crash down by turn 6 ending both their races.

Unfortunately the extent of Nylund and Evstigneev’s crash was so bad that the race had to finish under safety car. The chequered flag came out after an eventful Race 1 making Aleksanteri Huovinen the first ever 2015 SMP F4 Championship race winning. Niko Kari came in P2 followed by Vladimir Atoev who had begun on Pole.