Home In the Spotlight Honda saw the old Marquez in Assen as he adds on fight,... 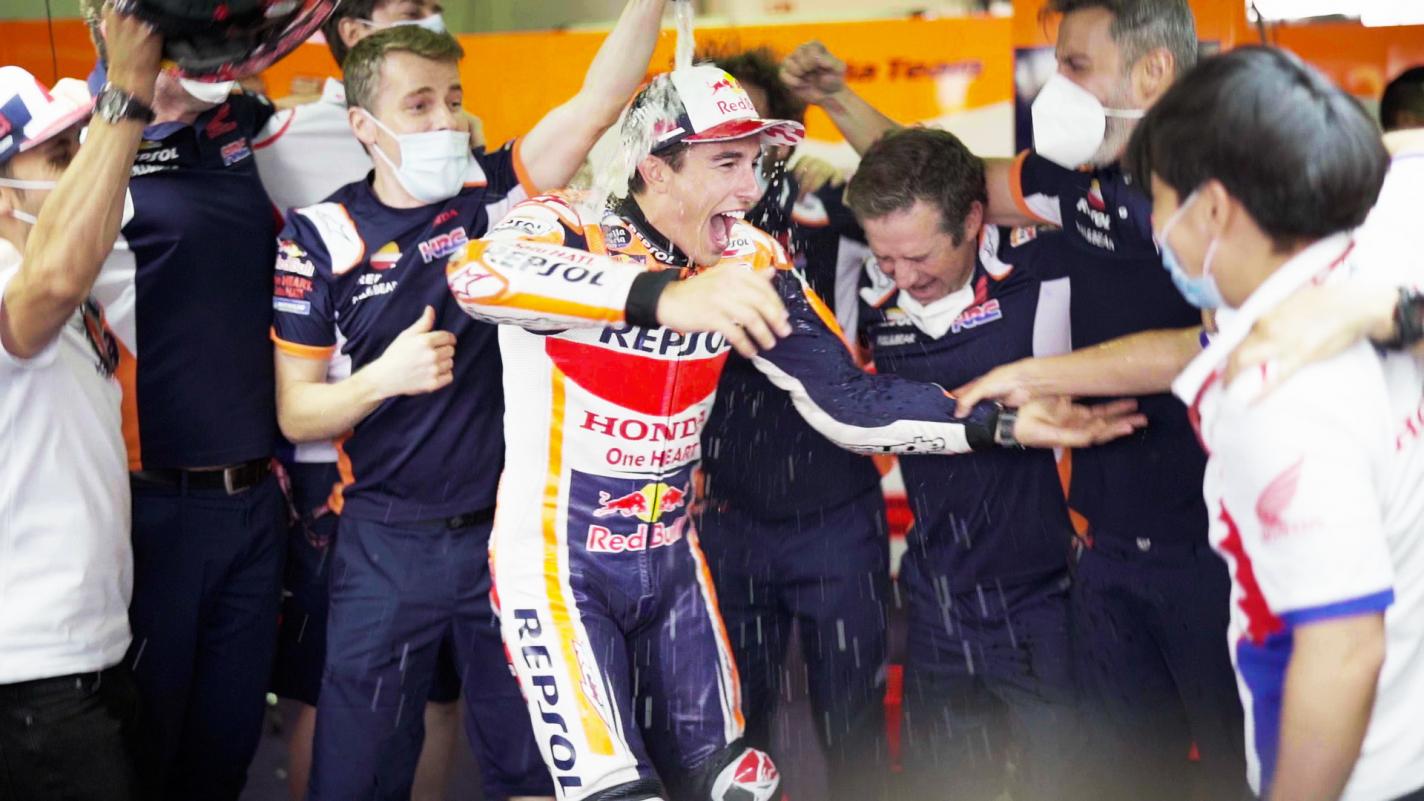 Honda chief Alberto Puig believes that Marc Marquez showed his old self in Assen MotoGP win, as the Spaniard adds on the last two races.

Having made his MotoGP return in Portugal, Marquez has been there and thereabouts, which included a streak of non-finishes, that hurt his confidence. But it spiraled back up with a victory in German GP – his first since 2019 Valencia GP.

Despite missing two races and having three DNFs, Marquez sits 10th in the riders’ standings with 50 points. He is also the leading Honda with LCR’s Takaaki Nakagami just behind, tied on 41 points with Marquez’s teammate Pol Espargaro.

Looking at the intensity in Sachsenring win and a fightback from 20th to seventh in Assen, Honda chief Puig notes that he saw the old Marquez in the grand prix. “Yes, Sachsenring is a track which is very suitable for the Honda and also for Marc Marquez,” he started. “Marc had the chance there and he grabbed it with both hands.

“In the past Assen has never been an easy track like this, and it has been much tougher for all the Honda HRC riders. We clearly understood it wouldn’t be easy before we arrived. On Friday, Marc’s crash made the weekend even more complicated. Without that crash, I think he would have been fighting for the podium as he wouldn’t have lost the confidence he did.

“Honda and all the team tried to react and overcame this problem but it’s not enough. Now it’s time to rest and prepare well for the second part of the season. Regardless, we saw a great recovery from Marc at the beginning of the race. He started in 20th and he recovered almost 10 positions in just a single lap, this was the Marc that we know.

“It shows his effort and the potential that he has, we are really looking forward to seeing him again in Austria after the break when he has recovered even further,” summed up Puig, as Marquez was chuffed with the fight back in Assen after multiple crashes.

“The weekend in Assen was not an easy one, with the big crash and also in the race starting from the last row,” said Marquez. “I pushed a lot in the beginning. I used a lot of energy. Then I was impressed by my performance during all the race. I’m proud because it’s the first race on a clockwise circuit with right corners that I finished in a good way.

“Of course I had arm pump. Of course I was struggling more, but also this racetrack is always really demanding about physical condition. The Honda bike also had the performance to finish on the podium. So this is something also that makes me happy. Because Friday I was quite angry about what’s happened. But from one day to the other they did a great job.

“This made it easier to get the confidence again. That was a big help, that quick reaction. Also the bike was working better, and I felt more safe. It’s not only about the team here at the track, they had a phone conference with the electronics engineers in Japan. Also with the electronics from the Honda test team. They found a few parameters that weren’t in the correct way,” Marquez added, while talking good about the new chassis.

With the summer break on, it gives Marquez some time off for his arm pump and also give the shoulder some rest. “First of all I need to take a rest, minimum 1 or 1.5 weeks, for the physical side but also the mental side,” said Marquez. “I started with shoulder surgery, then when that was OK I had the arm surgery, I mean it’s 2 years without a holiday.

“So I need a holiday right now. I will spend time with my friends doing what I want. Then I’ll have time to keep working. My plan if the arm allows is I’d like to ride more with motorbikes. At the moment I just go race by race. My plan to try to ride more days before the Austria GP and introduce a lot of bikes in my physical training,” summed up Marquez.

Here’s Valentino Rossi on his future