Honda has confirmed its first drivers for the first WTCR season, which starts after the union of WTCC and TCR. The chosen drivers are Argentinian driver Esteban Guerrieri, who will race Münnich Motorsport; and Portuguese driver Tiago Monteiro, who joins Boutsen Ginion Racing.

Honda’s first incorporations for the brand-new WTCR Cup will be Tiago Monteiro and Esteban Guerrieri, both of whom were Honda WTCC drivers last years and have long careers behind their backs. Each driver will join one of the two teams the Japanese manufacturer will have.

Monteiro made his single-seater debut in 1998 and reached Formula 1 in 2005, a year on which he was the rookie of the year and achieved a podium finish for Jordan at the controversial US GP. His career on the top class ended one year later and he joined WTCC in 2007. He drove for seat until 2012 and for Honda since then. He has won eleven races on the championship and finished the 2016 season in third place. He also owned a GP2 team between 2009 and 2012 and is the manager of his fellow countryman Antonio Félix Da Costa. Last year, he was forced to miss almost half of the season due to an accident in Montmeló.

As for Guerrieri, his career is almost as long as Monteiro‘s, despite he never had a chance in Formula 1. He was successful in several championships, such as Formula Renault 3.5 or Indylights, and made his touring car debut in 2009, in Argentina. He finally moved to the world championship in 2016 and made his full-time debut last year, on which he finished fourth with three wins.

“I’m delighted to remain part of the Honda Racing family for another year.” Said Monteiro. “Since I first worked with Honda in 2012, I feel we’ve been getting stronger and stronger by the season and by last year we were in a very good place to win the championship before my accident. The past six months have been incredibly tough, but thanks to some amazing support I’m now well on my way to getting back in a racing car. Boutsen Ginion Racing are a strong team, who I’ve won races with in TCR before, so I can’t wait to drive the car and for the season to start.”

“I felt like last year was a real breakthrough year for me in world touring cars, so I’m extremely pleased to be racing a Honda Civic in 2018.” Guerrieri said. “TCR is the fastest-growing touring car category in the world and I’m incredibly excited to be a part of this programme. I had some great races against the ALL-INKL.COM Münnich cars in the WTCC last year and it’s clear they can run a very fast machine, so I’m optimistic of putting together a title challenge.”

The first WTCR season will start the 8th of April in Marrakech. 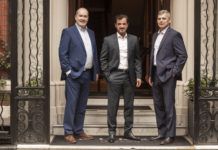 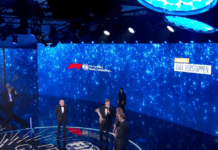 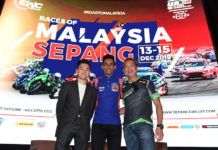 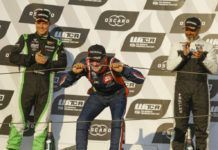