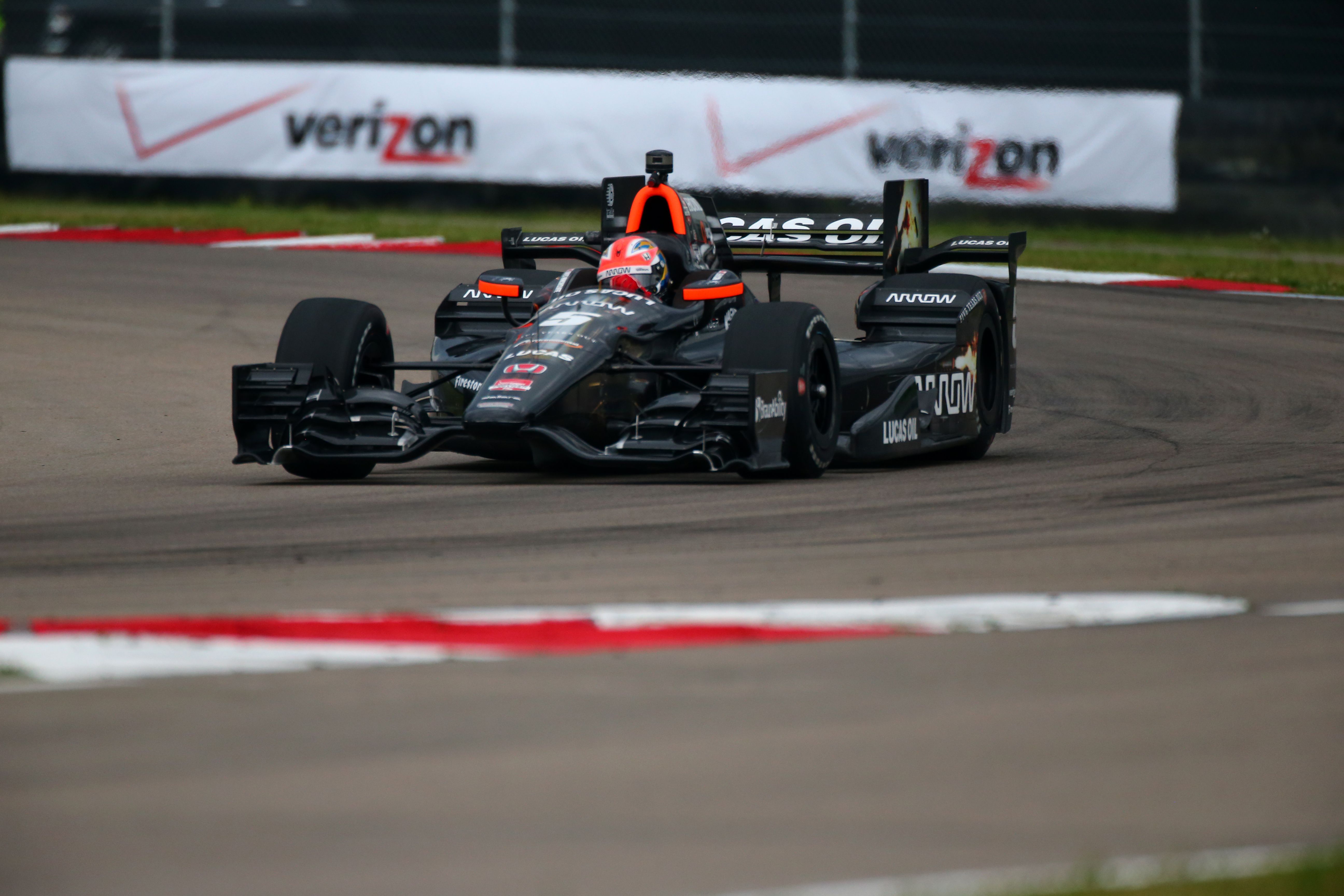 James Hinchcliffe had a premonition midway through the inaugural Indy Grand Prix of Louisiana when his crew ordered him not to make a pit stop like the rest of the Verizon IndyCar Series field leaders at NOLA Motorsports Park. The hunch came true when the Canadian driver took the checkered flag to win a wild and unpredictable series debut on the 2.74-mile road course outside New Orleans.

“When we first decided to stay out, I thought, ‘Wouldn’t it be funny if we could make this a one-stopper?'” said Hinchcliffe, driver of the No. 5 Arrow/Lucas Oil Schmidt Peterson Honda. “I just never thought it (would happen). On one hand, I feel badly that we didn’t have more green-flag laps for the fans and everybody here at NOLA, but on the other hand, those guys (on his crew) called it awesome.”

Hinchcliffe won for the fourth time in his Indy car career – and first since June 2013 at Iowa Speedway -under a full-course caution ahead of Helio Castroneves, in the No. 3 Hitachi Team Penske Chevrolet. The race, run in changing track conditions after heavy morning rains, ended after 47 laps due to the 1-hour, 45-minute time limit.

Most of the front-runners came to the pits on Lap 33 during a full-course caution. Running ninth at the time, Hinchcliffe remained on track and inherited the lead. The race would see only three more green-flag laps the rest of the way, allowing Hinchcliffe – whose lone pit stop came on Lap 13 – to keep the field at bay. It is the fifth win for Schmidt Peterson Motorsports, the team Hinchcliffe joined this season.

Castroneves logged his second straight top-five finish to open the 2015 campaign, giving the Brazilian 120 for his Indy car career, breaking a five-way tie for sixth on the all-time list.

“The Hitachi car was solid, but sometimes you’d rather be lucky than good and today we were lucky,” Castroneves said. “Second place feels like a win right now.”

“The car was pretty good and the tricky conditions kind of played in our way and the team made a great call to come in at one point,” said de Silvestro. “It’s really cool, especially to be back here in IndyCar and especially with Andretti. It’s my second race with the team and finishing fourth, it’s great.”

Juan Pablo Montoya, who won the Firestone Grand Prix of St. Petersburg to open the season March 29, finished fifth today in the No. 2 Verizon Team Penske Chevrolet to retain the championship points lead with 84. He holds a 10-point advantage over Castroneves.

The race began with a wet track, but the first 15 laps were run caution-free as the entire field started on grooved Firestone rain tires. Teams began switching to the dry-condition slicks on Lap 11, but with portions of the 13-turn circuit still wet, numerous on-track incidents forced six full-course cautions for a total of 26 laps over the final 32 circuits