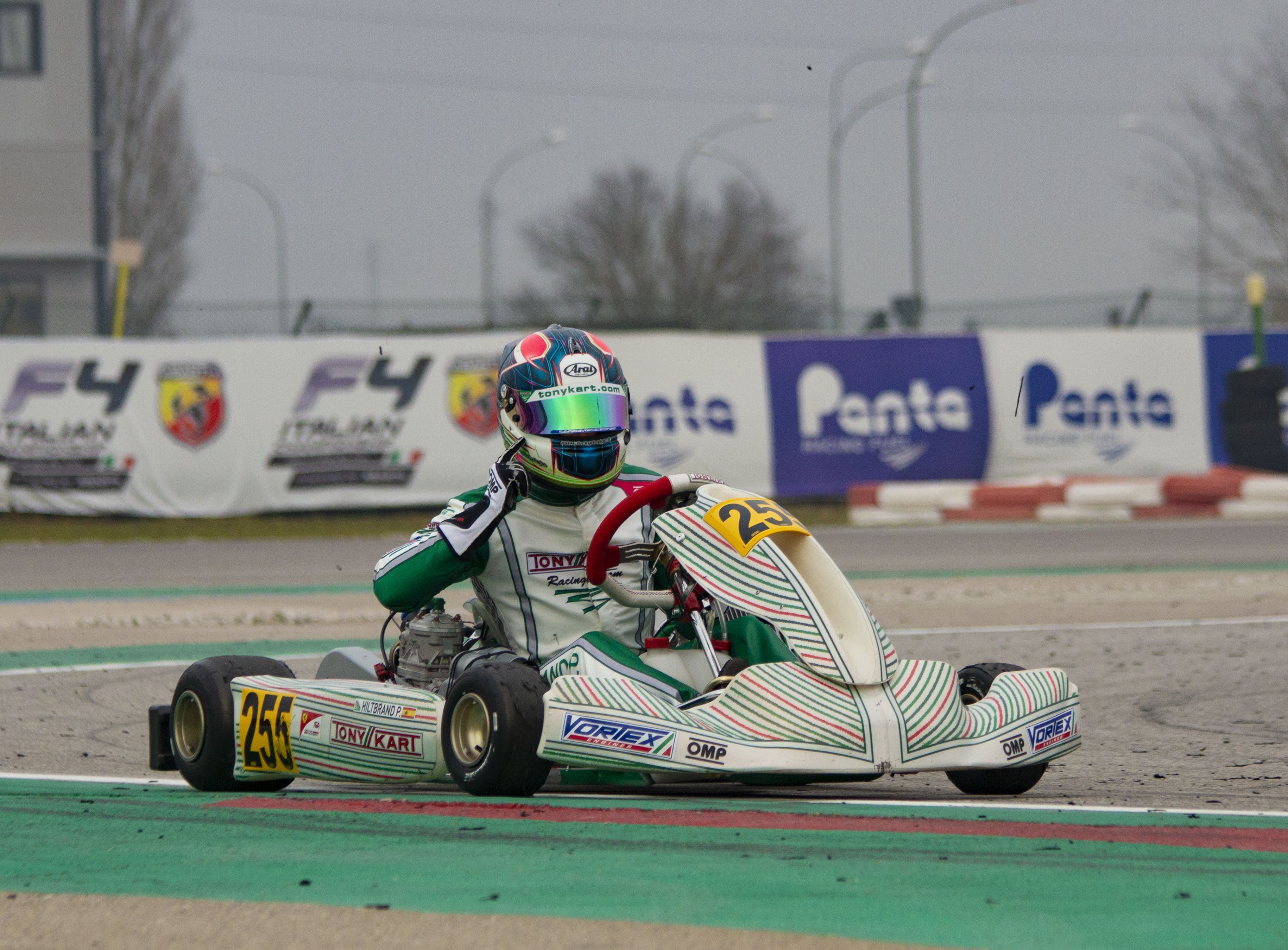 The finals of the WSK Super Master Series in Adria have been tight and hard-fought. The victories went to Pedro Hiltbrand (Tony Kart-Vortex/Tony Kart Racing Team) in OK, Alfio Andrea Spina (KR-Iame-Vega/KR Motorsport) in OK-Junior and Gerasim Skulanov (IPK-TM Racing-Vega/Formula K) in Mini.

Another great international karting event has taken place at the Adria Karting Raceway in the weekend of February 2nd in occasion of the opener of the WSK Super Master Series, that saw 231 drivers on track from 40 countries in the three categories OK, OK-Junior and Mini. Just one week after the WSK Champions Cup – held on January 26th – the participation has been positive again, with the presence of strong drivers and all the main constructors and teams, some of which fielding a renewed lineup for 2020.

Among the VIPs present, Formula 1 Alfa Romeo’s driver Robert Kubica followed the Pole Tymoteusz Kucharczyk on the RK chassis by BirelArt. The spectacle on track has been exciting and all finals have been hard-fought until the very final meter that decided the podium. Pedro Hiltbrand (Tony Kart-Vortex-Bridgestone/Tony Kart Racing Team) claimed the win in OK, Alfio Andrea Spina (KR-Iame-Vega/KR Motorsport) in OK-Junior and Gerasim Skulanov (IPK-TM Racing-Vega/Formula K) in Mini.

The OK final has been spectacular until the chequered flag. The Spanish driver Pedro Hiltbrand (Tony Kart-Vortex), who already won the final race of WSK Final Cup in Adria, managed to win this time around too at the end of several exciting duels with more than one rival. His teammate from Great Britain Joe Turney led the Final for a long time, but in the closing stages Hiltbrand had the upper hand at the end of several position exchanges.

The Brit Harry Thompson (KR-Iame/Sauber Karting Team) ended fourth, while the Russian Kirill Smal (Energy-TM Racing/Energy Corse) dominated heats, but a 5s time penalty in the Final made him slip down from P5 to P7. The fifth place was therefore inherited by the Italian Edoardo Ludovico Villa (TB Kart-Iame/TB Kart), who proceeded Turney.

Alfio Andrea Spina (KR-Iame/KR Motorsport) confirmed his name among the protagonists of OK-Junior just one week after the WSK Champions Cup, also held in Adria. The Italian

driver completed a weekend with a crescendo of results winning Prefinal-A and then the Final at the end of several neck-to-neck duels for the top.

His teammate Arvid Lindblad crossed the finish line behind him, but the British driver was handed a 3s time penalty and had to concede P2 to the American Ugo Ugochukwu (Kosmic-Vortex/Ricky Flynn) who ran a great race and led the final for a few laps. The third place went to the Asian from Singapore Christian Ho (KR-Iame/Sauger Karting Team).

good comeback from the starting P9. The other Russian Dmitry Matveev (Energy-TM Racing/Energy Corse) was also among the quickest. He won Prefinal-B and then was fourth in the Final.

The young driver from United Arab Emirates Rashid Al Dhaheri (Parolin-TM Racing/Parolin Racing) managed to get P1 in the closing stages, but eventually crossed the finish line in fifth place. The Russian German Foteev (Energy-TM Racing/Energy Corse) also put in a strong race, after being on top in qualifying heats, he was sixth in the Final, while the Pole Maciej Gladysz (Parolin-TM Racing/Parolin Racing Kart) ended a good final in P7.

The next round of WSK Super Master Series is scheduled for February 23rd at the South Garda Karting circuit in Lonato.