Home In the Spotlight Herta extends deal with Andretti, as Toronto IndyCar race is cancelled 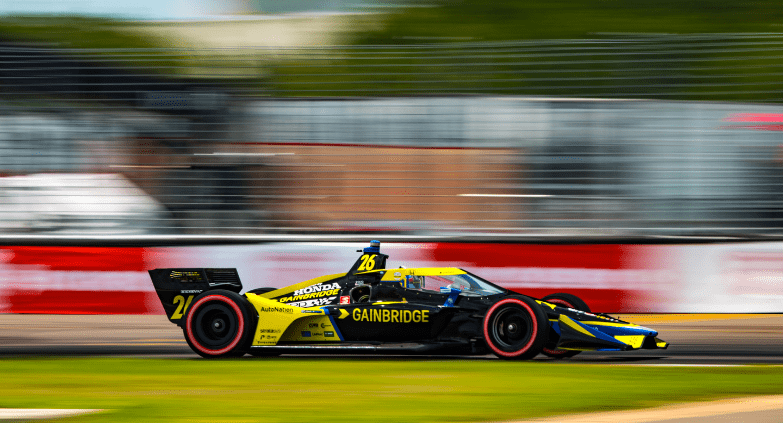 Colton Herta will remain with Andretti Autosport for two more years, as IndyCar has announced the cancellation of Toronto weekend.

Having joined Andretti last year, Herta has been a force to reckon with, after some solid results, where he finished third in drivers’ standings. He has started the 2021 IndyCar season on a good note too, with a win under his belt already.

In limited time, Herta has earned the tag of ‘future IndyCar’ champion. With the continued performance show, the American will stick with Andretti in a new multi-year deal. He will continue to drive the #26 Honda, with the support of Gainbridge.

“We’re excited to officially welcome Gainbridge and Colton Herta back to the Andretti Autosport family for years to come,” said Michael Andretti. “Colton has already shown so much potential in the short time he’s been in the series and having a great partner like Gainbridge recognize and support that potential is great for everyone.

“If the start to the 2021 season is any indication of the future success for the 26-car’s program, I think we have a lot to look forward to over the next few years.” At the same time, Herta added: “I’m incredibly happy to be back with Andretti Autosport for the next two years. I’ve grown so much with this team, so it was a no-brainer when I got the chance to re-sign with Michael.

“With the support of Dan Towriss and Gainbridge, there’s no doubt in my mind that we’ll be threats everywhere we go,” summed up Herta, who sits seventh in 2021 IndyCar championship with 100 points, which includes a DNF against his name.

In another IndyCar news, the championship announced the cancellation of the Toronto race for the second successive year amid COVID-19 restrictions. The race was to take place on July 9-11, but the focus now shifts towards the 2022 event.

“The NTT INDYCAR SERIES race around Exhibition Place and Princes’ Gates is a hallmark of our summer schedule,” Penske Entertainment Corp. President and CEO Mark Miles said. “To have that void for a second straight year is heartbreaking. We deeply miss our fans there and urge them to remain safe during these unprecedented times. INDYCAR looks forward to a high-powered return in 2022 and for years to come.”