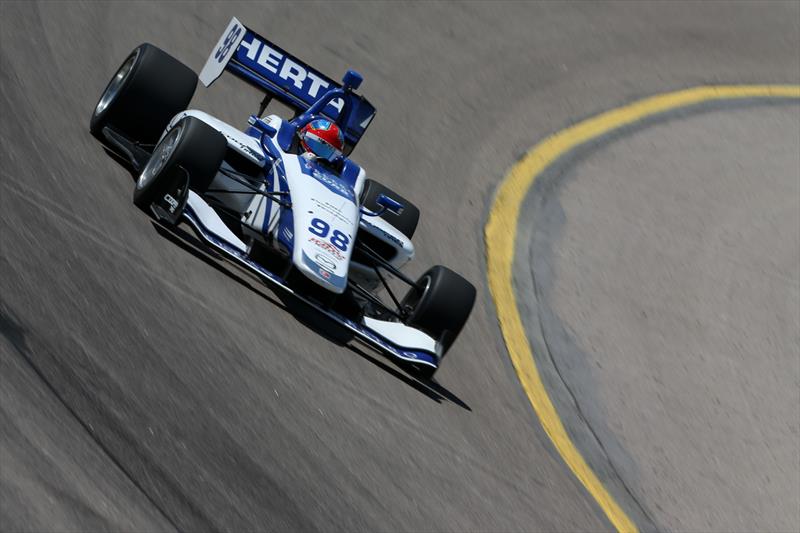 Herta, who is currently third in the drivers’ championship, set a lap time of 19.644 second in the Iowa Speedway to take the pole position and try to take his third victory this season.

Canadian Claman De Melo, who won his first race in the series in the last race, set a time of 19,694 to finish in front of the leader of the standings, Kyle Kaiser from Juncos Racing.

Neil Alberico will start in seventh place, Garth Rickards in the eighth spot,  while Nicolas Dapero in 9th and Matheus Leist.

Santi Urrutia, Aaron Telitz, Shelby Blackstock and Juan Piedrahita complete the rest of the grid in their order.