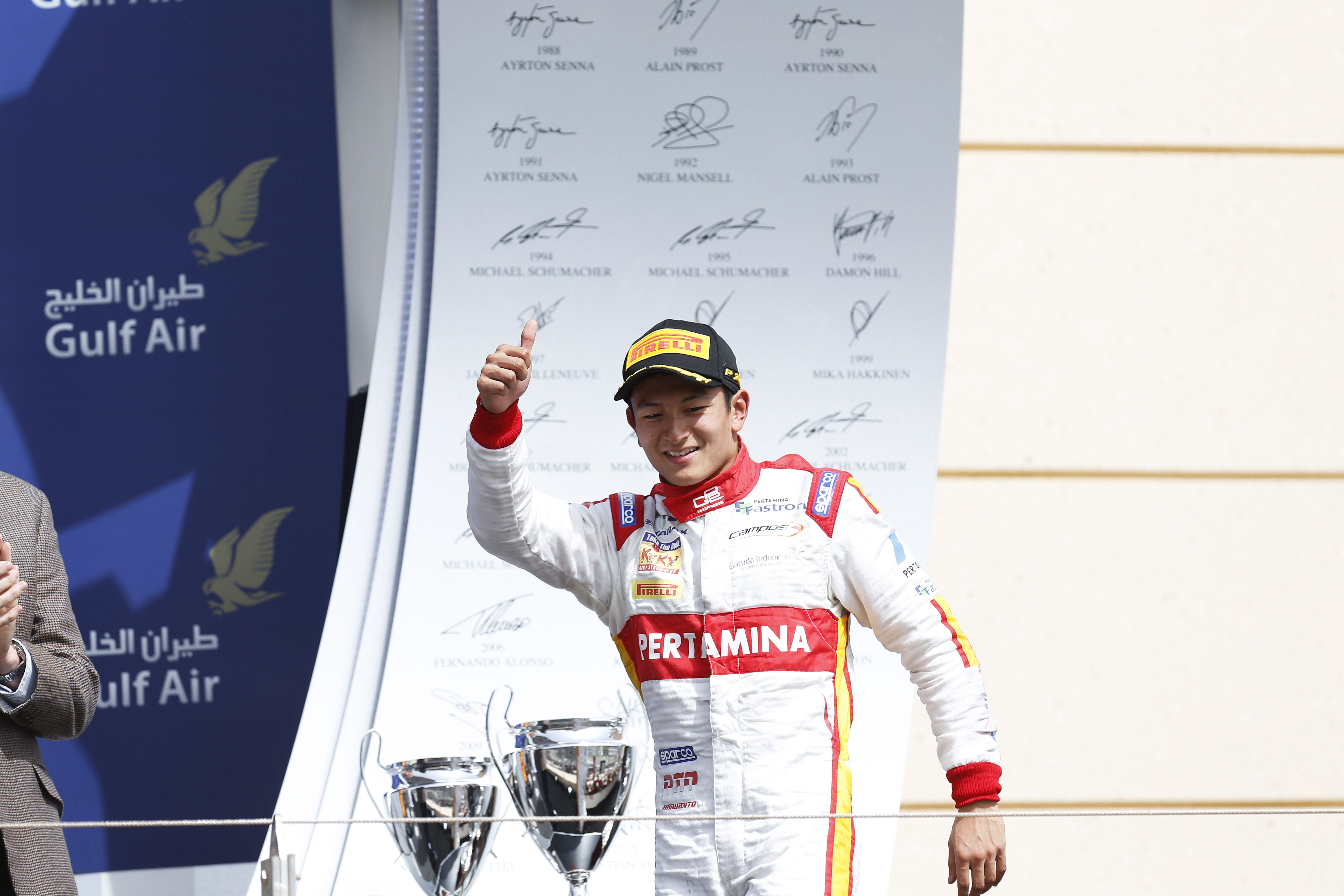 Rio Haryanto takes the victory in the sprint race of GP2 Series in the Sakhir International Circuit (Bahrain). Vandoorne managed to finish second and maintains in the lead in the drivers’ standings. Berthon completes the podium.

The second race started with Julián Leal from pole position thanks to the top8 reverse grid.

On the start, Leal kept the first place followed by Evans and Haryanto, who starting from seventh, did a great start. But the Carlin’ driver didn’t have the pace to remain in the lead and Haryanto took the chance to overtook first Evans for second, and then Leal for the lead of the race, going straight to the checkered flag.

Rene Binder and Sergio Canamasas had to retire from the race. The MP Motorsport driver had a contact with Jordan King when they fight for twelfth place.

The championship leader, Stoffel Vandoorne managed his tyres and reach the second place after start from the eight spot. His teammate Nobuharu Matsushita had a great and aggressive race but he couldn’t save his tyres and was overtook by Berthon, who finished third, Alexander Rossi and Julián Leal.

In the final point’s positions, the youngster Robert Visoiu shows a great battle with Andre Negrao. A classic side.by-side battle that the Rapax rookie got the advantage to finished on seventh place.