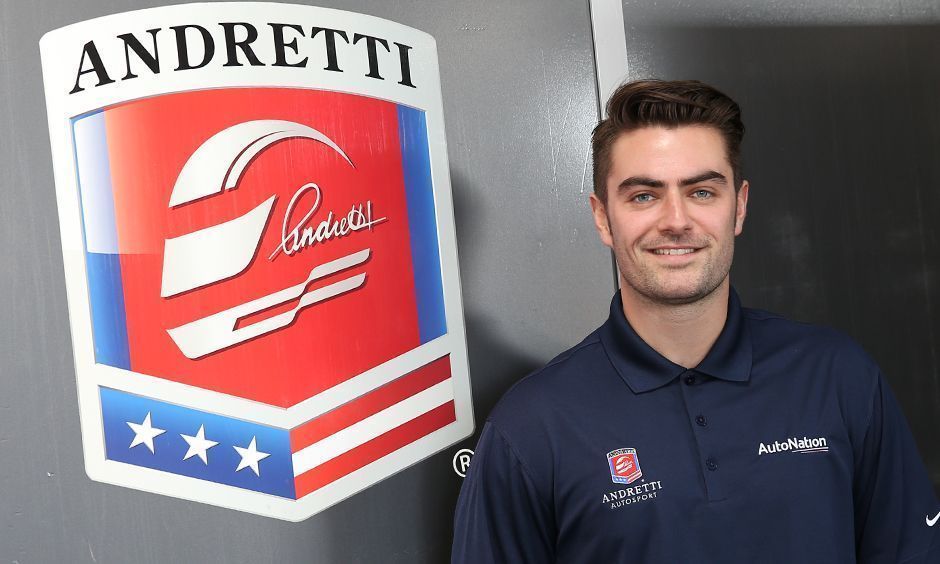 Jack Harvey is already a winning driver at Indianapolis Motor Speedway. The talented Brit believes he has stepped into a winning situation for the 101st Running of the Indianapolis 500 presented by PennGrade Motor Oil.

Harvey was named today by Andretti Autosport to drive its No. 50 Honda in a partnership with longtime team sponsor AutoNation. Harvey, winner of 2015 Indy Lights presented by Cooper Tires races on both the IMS road course and oval, will make his Verizon IndyCar Series debut as the fifth Andretti Autosport Indy 500 entry alongside full-season drivers Marco Andretti, Ryan Hunter-Reay, Alexander Rossi and Takuma Sato.

“I think for any driver, trying to compete in the 500 would be a bucket list race,” Harvey said from the Toyota Grand Prix of Long Beach. “I came (to the race) in 2014 for the first time. I honestly didn’t really realize what the 500 was all about, the significance of it, the grandeur of it. I went to the 2014 race, fell in love with it. It is truly the greatest sporting spectacle I’ve ever seen.

“To get my first opportunity to drive with Andretti Autosport is a dream come true because everybody knows what a great team they are,” he added. “There’s nobody that has a better opportunity than what I’ve got. I think a lot of the regular-season drivers would like to have this also.”

Harvey, who turns 24 on April 15, finished second in the Indy Lights championship in both 2014 and ’15, winning a total of six races. Michael Andretti, CEO of Andretti Autosport, recognized Harvey’s talent and believes he’ll be competitive in the fifth team entry. Andretti also pointed out that it was his rookie driver, Rossi, who won last year’s historic 100th Indy 500.

“He hasn’t driven an Indy car, but he’s won in Indy Lights, he’s won the Freedom 100,” Andretti said of Harvey. “We know what Indy Lights are all about, we know what it takes to win those races. If you can win there, you can be competitive in the big cars.

“We feel very confident that Jack’s going to be able to do a good job for us, contribute to the effort of the other four cars. … I think he has a shot at winning at least rookie of the year, outside chance at winning the race. We saw a rookie won there last year, right? You never know.”

AutoNation’s involvement with the entry will focus on its Drive Pink campaign that has raised $10 million in the past three years to fight cancer. Hunter-Reay and Harvey will be featured in upcoming promotions for the campaign, according to Marc Cannon, AutoNation chief marketing officer and executive vice president. The car’s number, 50, was selected to honor the 50 million customers that AutoNation, America’s largest auto retailer, has served.

“Michael’s support has been absolutely incredible,” Cannon said. “There are other places we could have gone for the partnership. We’re so excited to keep it all in the Andretti family. Jack is a great, dynamic, young driver. It’s just a great partnership and we enjoy working with Andretti.”

Harvey has been chasing a Verizon IndyCar Series ride since finishing second to Spencer Pigot for the 2015 Indy Lights championship. He lost the 2014 crown to Gabby Chaves on a tiebreaker. He twice tested an Indy car for Schmidt Peterson Motorsports, for whom he drove in Indy Lights, but couldn’t put the pieces in place for a Verizon IndyCar Series opportunity until now.

“The last 18 months have been the most difficult I’ve had to go through racing-wise without having a regular season to drive,” Harvey said. “To come through all that, where we are now is an incredible achievement, I think.

“Just going to do my best to do what I can and deliver a strong performance.”