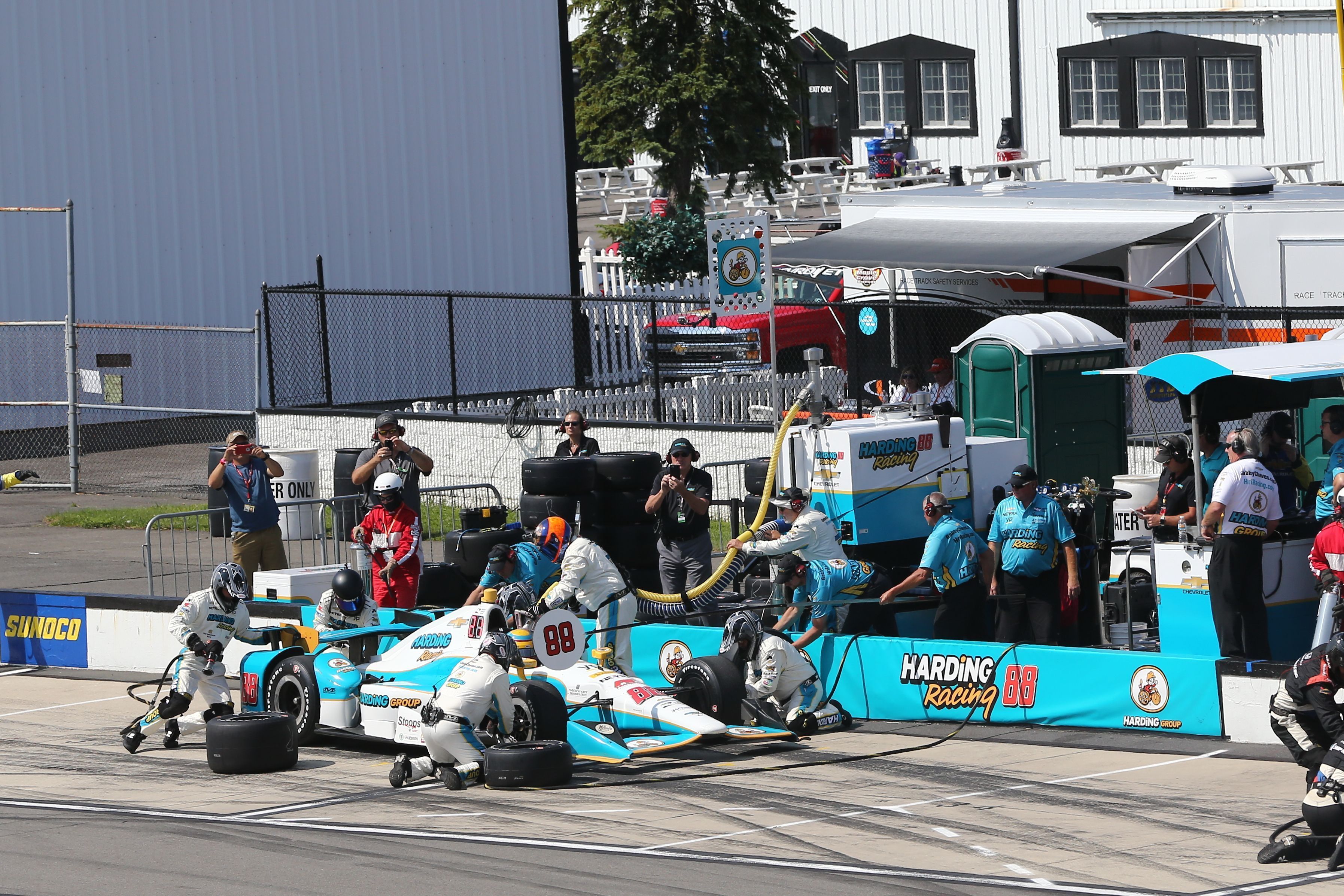 Share
Facebook
Twitter
WhatsApp
Linkedin
ReddIt
Telegram
Harding Racing is announcing its full season entry in the 2018 Verizon IndyCar Series. This will be the team’s first full-time campaign after a three-race stint in 2017. Chaves will return to Harding Racing to pilot the #88 Chevrolet after an impressive ninth place in the team’s IndyCar debut at the 2017 Indianapolis 500. Chaves and Harding continued to surpass expectations at Texas Motor Speedway and Pocono Raceway where they finished fifth and 15th to round out 2017.

“After the success we had in our three races of 2017, the next logical step was to take the team to a full season.” Said, Mike Harding, team owner. “During the off-season we have continued to build Harding Racing by adding key people to key positions to become a strong contender in the Verizon IndyCar Series.”

“We are building on the success from 2017 and will take it to the next level with enhanced excitement in the upcoming season.” Said Brian Barnhart. “Our sole focus is on making Gabby Chaves and Harding Racing the most competitive team possible in our first full season. I believe we will be a strong contender team in the talent-fueled Verizon IndyCar Series. The credit goes to Mike Harding, Tyler Smith, Larry Curry and the crew for a job well done this past year and I can’t wait to see what we will accomplish in 2018.”

“We’re a quiet powerhouse. This offseason we worked diligently to make sure that Harding Racing will be strong in 2018.” Said Al Unser Jr. “The team had a fantastic start in 2017, and we are completely focused and prepared for this upcoming season. We have Brian Barnhart as Harding Racing team president and Gabby Chaves is back. I know the team is motivated, passionate and hungry for success this year.”

“I really can’t begin to express how happy and excited I am to get back on track full-time with Harding Racing.” Said Gabby Chaves. “We built a really strong team in a very short amount of time in 2017.  I’m looking forward to building on that and will be excited to see what our new team members will be able to do to take us to the next level. Most of all, I’d like to thank Mike Harding for believing in my potential and for giving me this opportunity. I can’t wait to see what we can do and believe we can have a lot of success together.”