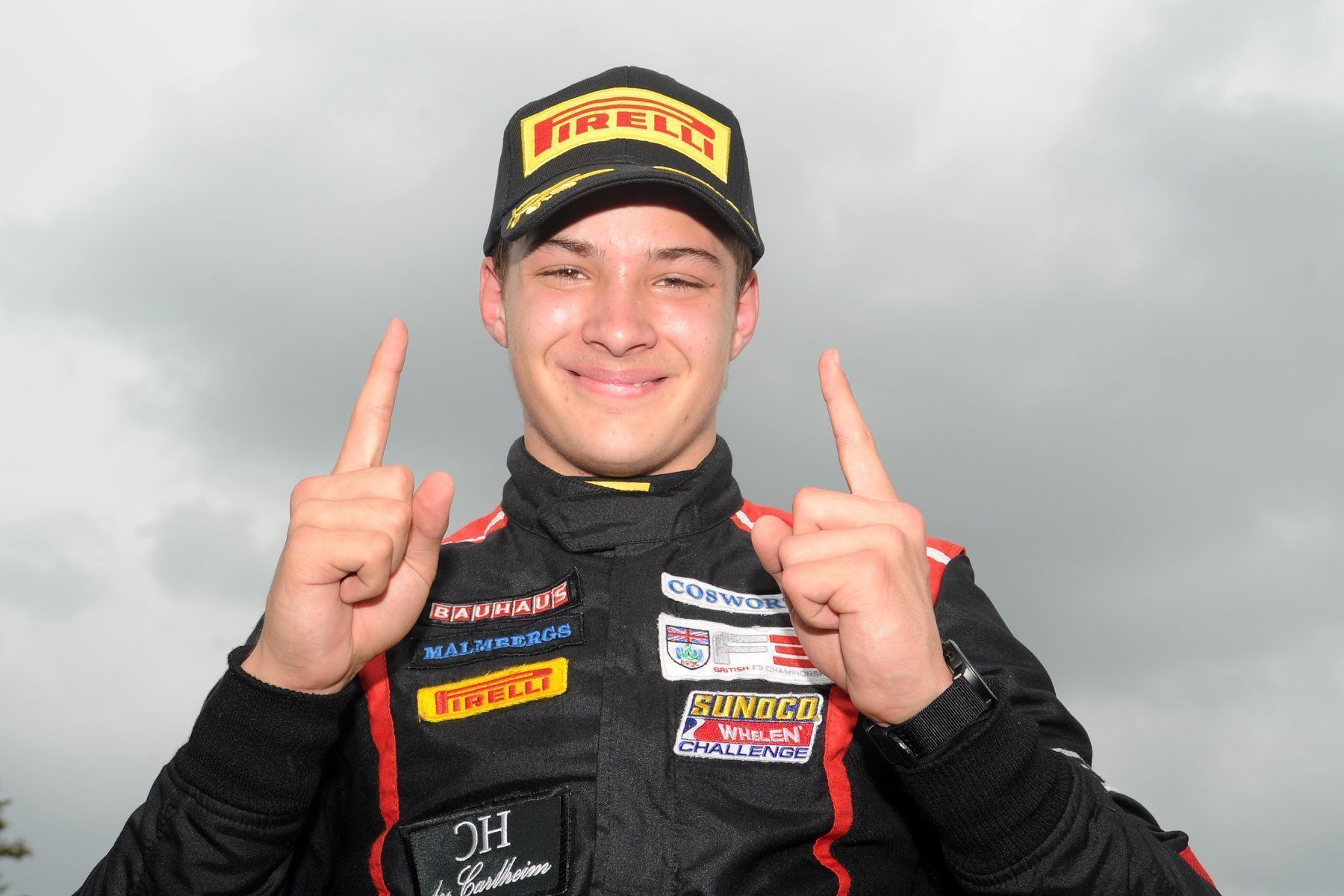 Hampus – brother of ex-F1 and current IndyCar driver Marcus – eked out his maiden victory in the final race of Round 2 of 2019 British F3 season at Snetterton for Double R Racing. Ericsson started Race 3 from the front row alongside Fortec’s Jonathan Hoggard.

Both had a good start but Ericsson made a better one to get by Hoggard, who then had to defend from Double R Racing’s Neil Verhagen. The duo made contact as both retired along with Douglas Motorsport’s Kiern Jewiss.

The safety car was out to clear the cars with Ericsson leading from Carlin pair of Clement Novalak and Kaylen Frederick. After a lengthy run, the safety car pulled in at Lap 5 as Ericsson defended his position hard from Novalak.

The British stayed on the tail of the Swede for the remainder of race but couldn’t get through as Ericsson held him off by 0.672s in the end to claim his first British F3 win – his second podium finish after scoring in 2018 at Donington Park.

Hampus joined his brother in the British F3 winning list after Marcus took his when he raced for the same team under the name of Raikkonen Robertson Racing in 2009. The good results in Snetterton has put Ericsson fourth in standings with 98 points.

His previous best for 2019 was fourth in Race 1 of the weekend as he ended up seventh in Race 2. The championship though is led by Novalak with 158 points from Hoggard, who has 121 with Ayrton Simmons in third with 99 after the two rounds.

“I think Clement had great speed behind me but at this track it’s so hard to pass,” said Ericsson after the race. “So I was a bit lucky with the safety car and in the end I kept Clement behind so I’m happy with that.

“He was a bit too close for comfort, and for sure he was trying to force me into a mistake but I kept my head cool and finished first, so I’m happy.”

It ended up being a good weekend for the Swedish brothers though as Marcus managed to qualify inside the Top 15 in 13th for his first-ever Indy500 start for Schmidt Peterson Motorsports Honda team alongside James Hinchcliffe.