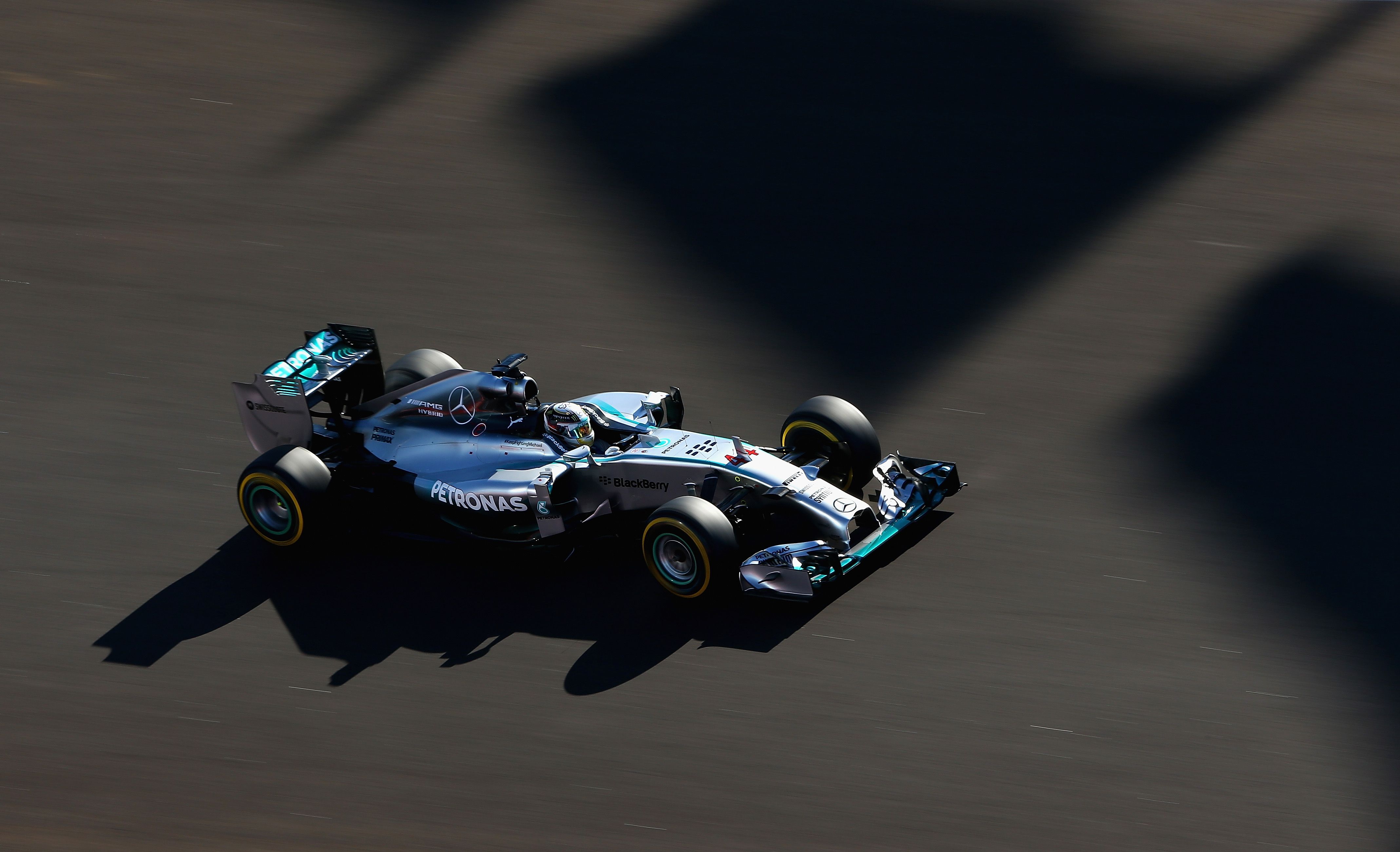 Lewis Hamilton wins a quiet race in Sochi, the first GP done in Russia. The British has set quite easily thanks to an error of Rosberg which forced him to change tyres in the first lap. The German, fetch well, and finished in second position. Valtteri Bottas and the two McLaren have closed the Top 5, Mercedes being the new Constructors Champion.

Everything started with a clean start but with a lot of movement. Up front, Hamilton went well but Rosberg took advantage of the slipstream to overtake. However, the German used his brakes too hurried and this made ??him go to change tyres on the same lap as Massa, who took off the hard tyres. Further back, Bottas held the position ahead of Button and Alonso recovered an incredible seven positions to be fourth. The Red Bull and Magnussen above were thankful for a bad start from Toro Rosso, which continued with a bad rhythm.

As the race was going through, Hamilton and Bottas pulled with good pace and escaped. Behind Button and Alonso focused their particular struggle, until the Spaniard lost ground and stood between the two Mercedes. While Red Bull has put out over the Toro Rosso at the bottom of the rankings, Rosberg started to climb alongside Massa, with both cars overtaking constantly. After a while, note also the abandonment of Max Chilton and Kamui Kobayashi.

Twenty laps disputed, pit stops began with Ricciardo changing for hard tyres. Then also would pit the two Toro Rosso, and now as we approached around thirty laps, the other drivers would also enter the box. In track, few things to comment. Several concrete struggles of Massa and Perez, and all the fights Rosberg had to get up to second place after beating Bottas. Also mention Sutil’s spin after a touch with Grosjean, which makes him very little impact with the turn three wall. That said, just to comment, with stabilized positions.

In the closing laps, the cameras were only focused in the public appearance of the Russian President Vladimir Putin, together with Bernie Ecclestone in the VIP zone of the Paddock. Despite this, only Alonso and Ricciardo fought for sixth place, and Valtteri Bottas fastest laps focused the public attention. And so, Hamilton reached the finish line completely alone, and getting his ninth victory of the season, becoming the British who achieved more victories in a season. In addition, Hamilton increases to 17 points the difference with Rosberg in the general table. In addition, to complete the move, the Mercedes team manages to get the Constructors’ Championship this 2014 and put an end to the four followed crowns by Red Bull.

Rosberg, after a good comeback, reduces his own damage to the second position. Furthermore, Valtteri Bottas has a new podium after a great race, in the end, he could not catch Rosberg despite their efforts. McLaren, best performance of the year, leaving Button fourth and fifth Magnussen, fully rolling alone and far ahead of Ferrari and Red Bull. Alonso appears in sixth place, followed by both Milton Keynes drivers, with Ricciardo ahead of Vettel. Raikkonen and Perez closed the points ahead of Massa, Hulkenberg and very disappointing Toro Rosso.

From here, in three weeks a new appointment in Austin awaits us, during the GP of the United States.