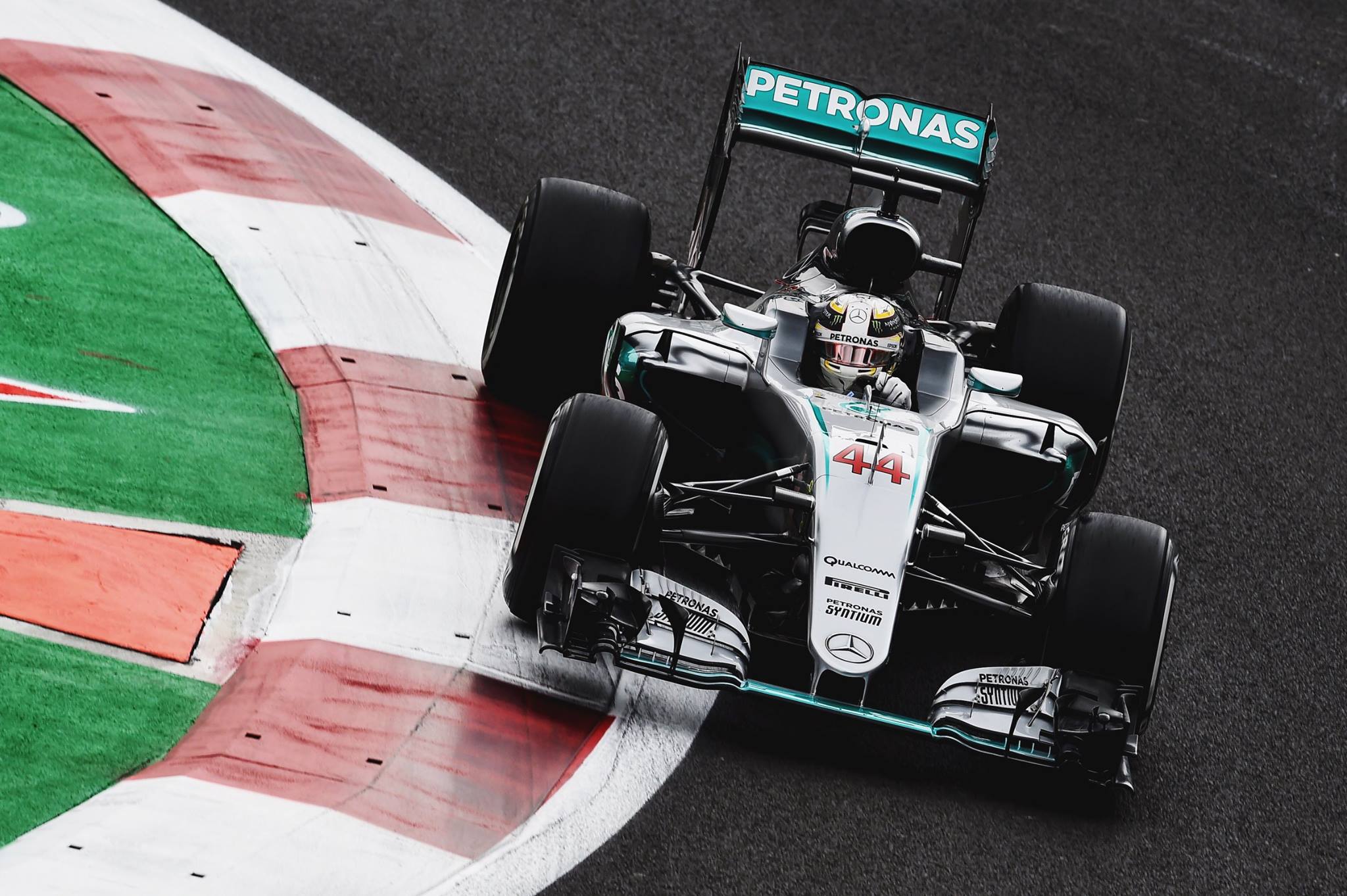 Lewis Hamilton won the Mexican GP ahead of Nico Rosberg and Sebastian Vettel. Verstappen was kicked out of the podium after getting a 5s penalty because of a dramatic incident with Vettel.

Hamilton kept the lead at the start even though he cut the first corner after locking up. He got away with it because the Safety Car was sent on track after Gutierrez made contact with Wehrlein, who crashed into Ericsson and was left out of the race. Sainz got a 5s penalty because he forced Alonso off track. Ricciardo had to pit on lap 2 and chose the mediums. This left Hamilton 1st ahead of Rosberg, Verstappen, Hülkenberg, Räikkönen, Massa, Vettel, Bottas, Pérez and Sainz.

Everybody chose the mediums for their second stint. Halfway through the race, Hamilton had a comfortable 5s gap over Rosberg, who was being chased by Verstappen. Ricciardo was 4th ahead of Räikkönen, Vettel, Hülkenberg, Bottas, Massa and Pérez.

It looked like everyone would try to go until the end on those tyres, but Räikkönen pitted again and came out behind Hülkenberg, hoping he’d do an undercut to Ricciardo. The Aussie also came ahead of the Finn with a new set of softs and overtook Hülkenberg, also setting the fastest lap of the race. Meanwhile, Verstappen got very close to Rosberg, but failed to overtake him after locking up and going wide.

Hamilton was unbeatable from beginning to end and got the win at the Mexican GP ahead of Rosberg, who is one step closer to the Championship. Drama came with Verstappen‘s defensive move on Vettel, who was furious over the radio. Verstappen was given a 5s penalty when he was already on the pre-podium room, so Vettel and Ricciardo moved up to P3 and P4. Räikkönen was 6th ahead of Hülkenberg, Bottas, Massa and Pérez.