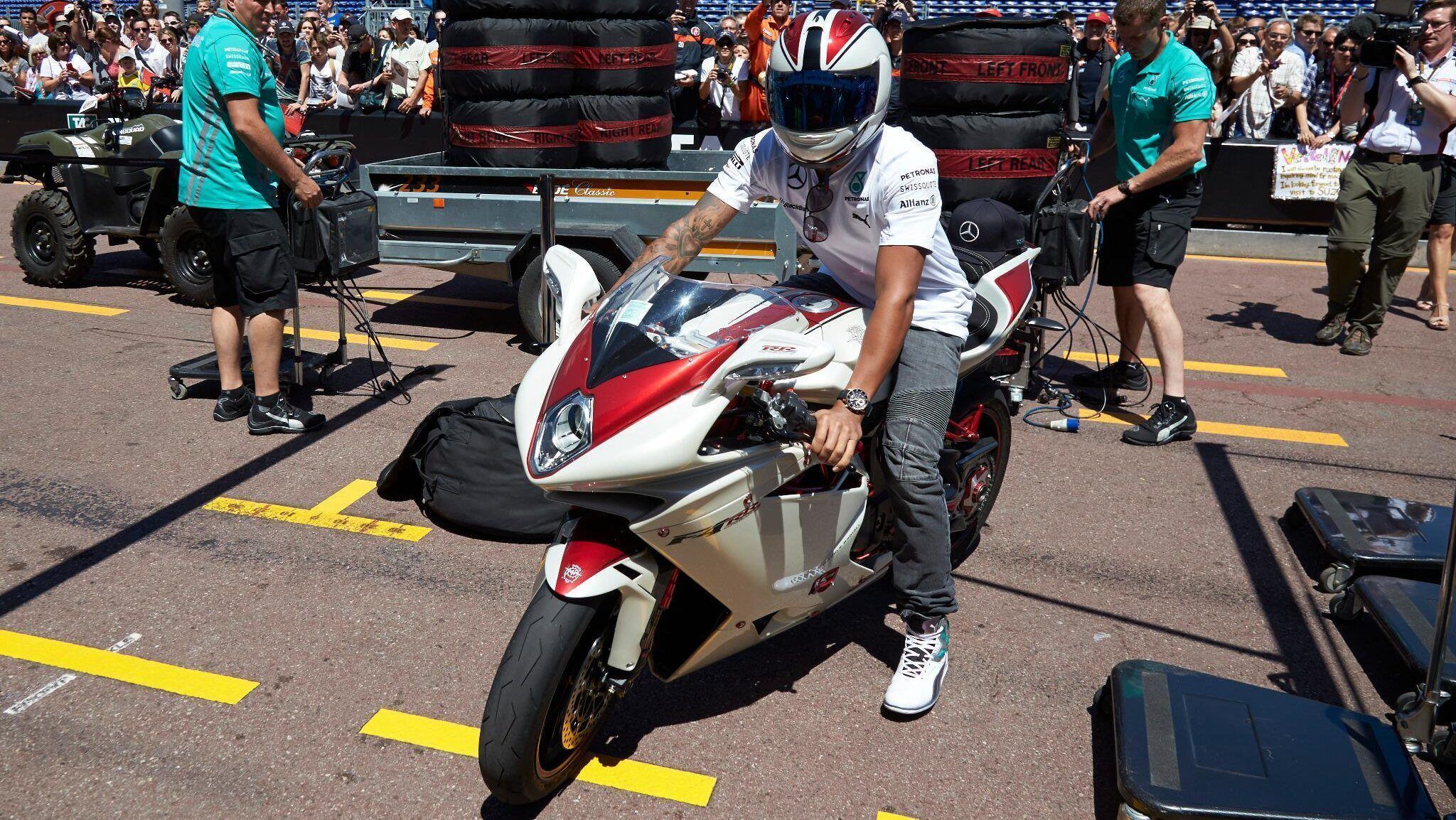 Mercedes F1 driver Lewis Hamilton says he up for the challenge against Honda MotoGP star Marc Marquez after his shout.

In an interview to Daily Mail during the British MotoGP race at Silverstone, Marquez induced an idea of a champion vs champion race, where they would drive/ride cars and bikes.

“It would be interesting,” said Marquez. “Face-to-face, first an F1 car and then a motorbike because I know he is riding. I speak to him by social media sometimes and I know he rides a bike and rides really well.

“So I look forward to, at a minimum, meeting him. We were very close last year but we had compromises and couldn’t make it work. I tested at the Red Bull Ring in a Toro Rosso car. It was a really nice experience.

“I drove 40 laps and it was a real test. The speed was there but I lack the experience. I knew the layout of the track but the braking points and downforce was the most difficult thing to understand.

While Marquez has driven a Toro Rosso F1 car as he mentioned, Hamilton himself has ridden bikes in his free time, with last year’s run with World Superbike riders being the latest he has had.

He had some runs with Cal Crutchlow too and visited the Qatar MotoGP race, where he met Yamaha’s Valentino Rossi along with Petronas Yamaha SRT’s Fabio Quartararo and Franco Morbidelli.

The British is keen to have a proper run but scheduling hasn’t really allowed it. With Petronas backing a MotoGP team, while also Mercedes F1 outfit, it could be a reality. At the same time, Monster Energy wants one too.

For the time being, Hamilton has certainly accepted Marquez’s offer to meet and ride together. It is unclear if either have met each other, even though they have been to each other’s paddock few times now.

Russian GP: Hamilton tops FP3, multiple drivers did not have a clean run