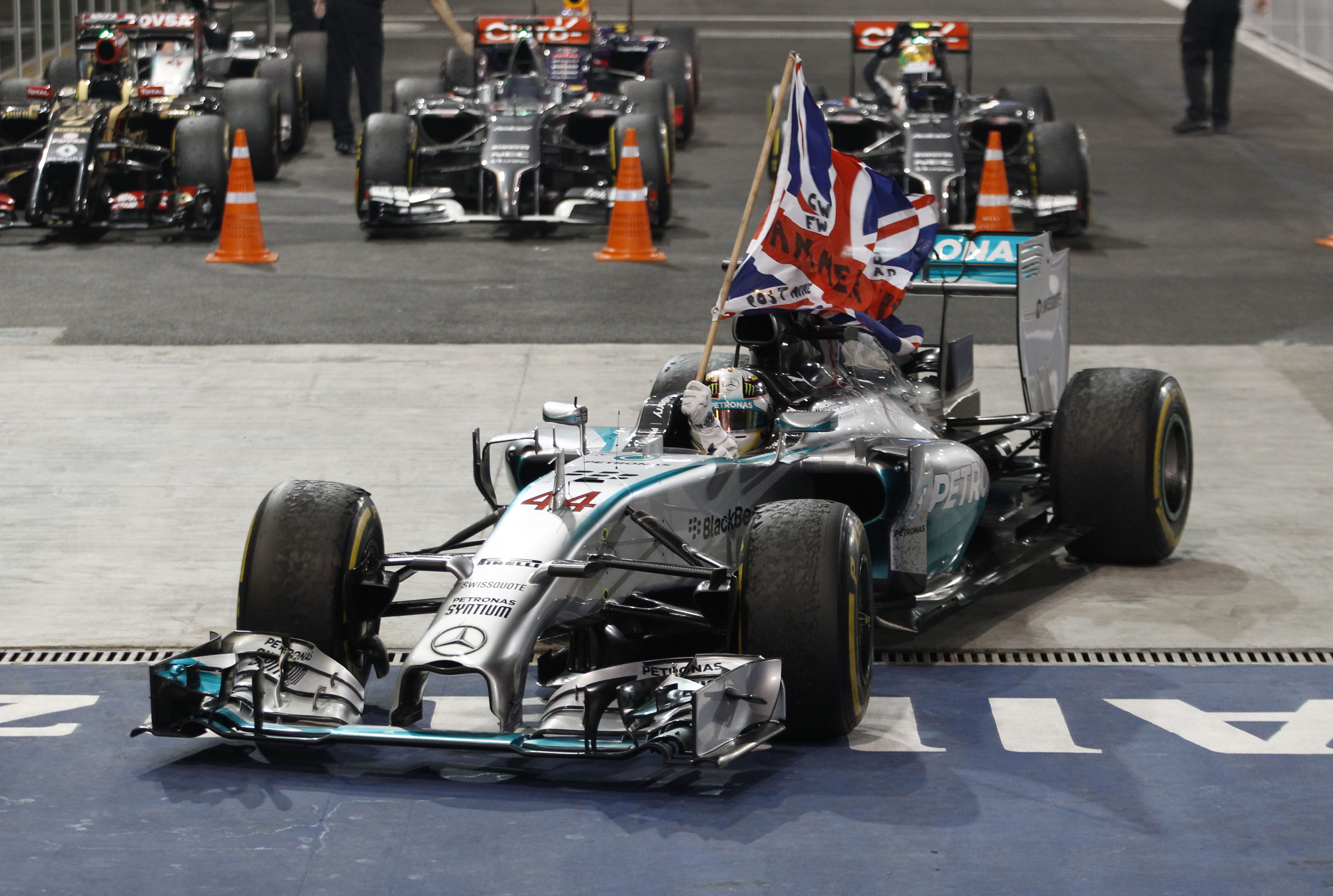 On Christmas holidays, the Formula 1 has released a entry list of the numbers and teams for 2015 where we can see the 2014 champion, Lewis Hamilton who will stay with his personal #44.

“44 is my number, I won my first championship with 44 in karting so I’ll ask the team if I can keep it on my car now” Hamilton said.

Meanwhile the Formula 1 2015 grid could down from his 11 teams to 8 with only 16 cars. The Marussia Manor and the Team Caterham are listed as “subject of confirmation”, but also in this rank his the team Lotus who has confirmed his drivers for next season and his engine, Mercedes.