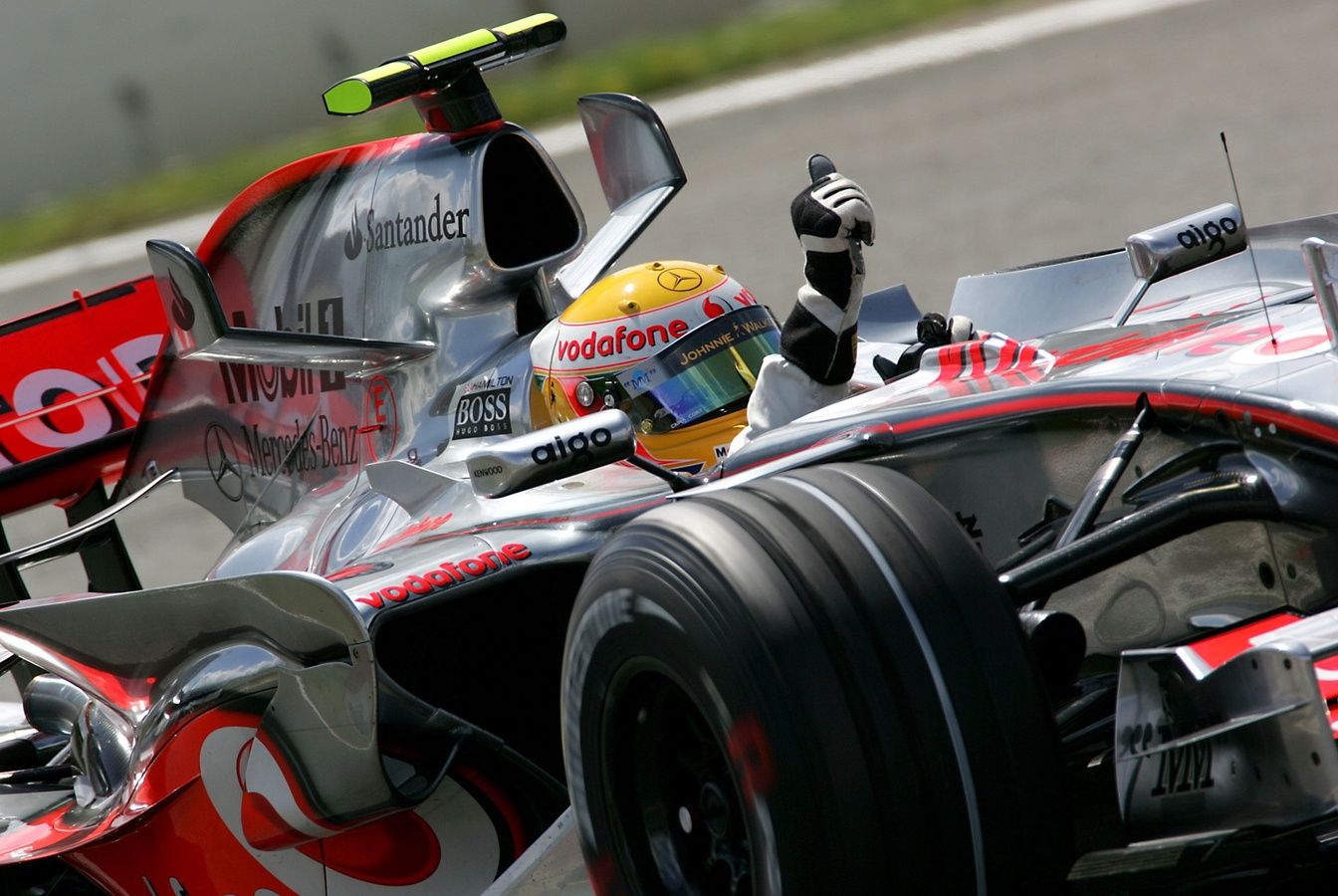 Mercedes’ Lewis Hamilton discusses the mental resolve required to overcome losses like his own in the 2007 F1 season.

Hamilton lost the 2007 F1 title by one point after a hard-fought rookie season, losing the opportunity to become F1’s only rookie world champion. The seven-time champion says that reminding himself that the past can’t be changed is one crucial part of how he recovered from that disappointment and others he’s encountered.

Hamilton also says that he experienced a feeling that 2008’s title was slipping away the year later, but he would win the championship that year in dramatic fashion. “It’s still a painful experience for me,” Hamilton began in a sponsor video. “Losing the WDC in my first year, there was a lot to get used to. I had only just risen to fame [yet] I was on the big TV.

“Now, there’s a lot of pressure from sponsors, the team, and myself. Losing [in 2007] was one of the hardest things. Winning is a great, great thing, but when you win it’s difficult to pinpoint what you could do better. It’s a painful pill to swallow, and it took me time to recover from that. I was only 22, so I was still learning about myself,” said Hamilton, who shared that he had to remind himself to stay mentally strong in 2008’s tough fight.

“I was massively determined, and I think with determination and never giving up you’re gonna get there. Came back in 2008, started off the season with a win. It was close again and I definitely felt towards the end the same experience I felt the previous year could come back, and if you dwell on those moments, perhaps it will.

“I am a better driver because I collaborate with my mechanics or engineers, and I think I’m a better teammate than I was in 2008,” the Brit explained. Hamilton also explains that one strategy of his – to pay attention to himself more than to pay attention to rivals – has helped him to find such success.

“When I was younger I would look at others, but if I’m honest, personally that’s distracting,” said Hamilton. “At the end of the day, I can’t control what everyone else is doing, but what I can do is improve and look internally. At the end of each year, I always think ‘How can I better myself?’ and a lot of the time I think we get in our own way in terms of improving, we get in our own heads and we make some things more complicated than they are.

“[After each season] I’m looking at how to be a better teammate, and how to be a better driver all around: in Qualifying, practice, the feedback that I give, in terms of consistency. In 2020, Qualifying has come back to where it should be. But that’s just working on trying to be the best version of myself.

“It’s a little bit different, I don’t have a picture of anybody else but I do understand that, and if we are in Qualifying and the other team gets ahead of us of course we can have a look and see red appear and then we have a target, but I think it goes back to empowering people, working with engineers, spending time with everyone and giving them the ability to contribute even more,” Hamilton summarised, when asked if he has anyone’s photo in his cabin – particularly his rivals – the way Mercedes asks in their unusual method.