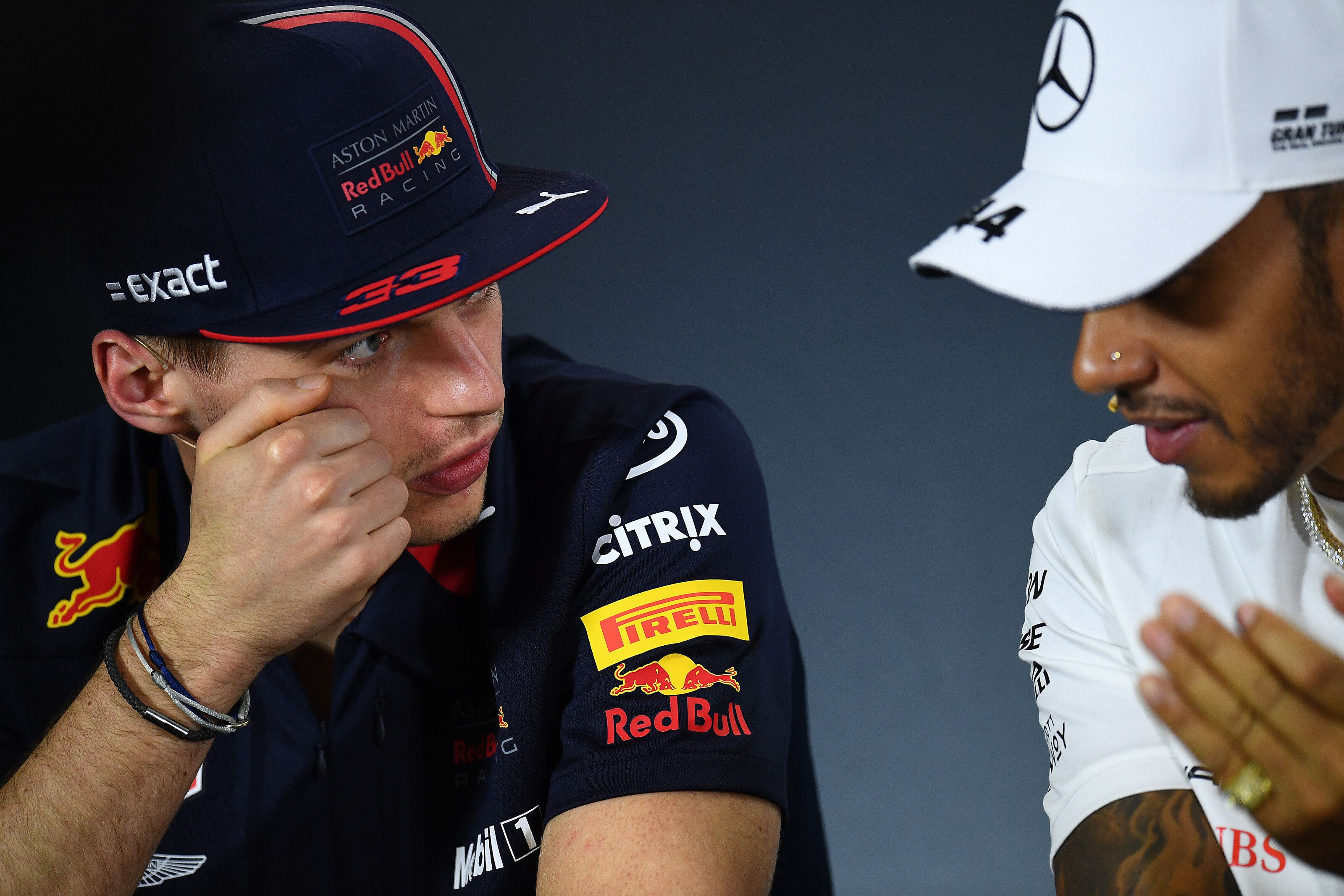 Mercedes’ Lewis Hamilton has a rather calm response to the comments made by Red Bull Racing’s Christian Horner regarding him and Max Verstappen.

In the lead-up to the F1 British GP, Horner spoke about the phenomenal Verstappen, who he thinks has grown to a different level in the last 12 months, especially after Daniel Ricciardo leaving Red Bull. On-track as well, Verstappen has done well with less mistakes.

In fact, the Dutchman eked out Honda’s first F1 win in years in Austria after a superlative drive, which gathered more praises. Horner, naturally, hailed his performances and backed him over Hamilton, if they are to go head-to-head, while not disregarding Hamilton.

Considering the struggles and misfortunes, Ferrari’s Sebastian Vettel has had, if we look at the results, only Verstappen comes close to Hamilton apart from Valtteri Bottas, that too in an inferior car to Mercedes – if we take the whole package.

The Dutchman is yet to finish outside the Top 5 in 18 races with Hamilton having a similar record of consecutive points finishes in 21 races now. The British racer was asked about Horner’s comments regarding the Verstappen comparison.

“Firstly, I don’t compare myself to anybody,” he said. “Don’t need to. I don’t really have a response to his [Horner] claims. Ultimately every now and again someone needs certain attention and I think Max has been doing a great job and really, really exciting to watch.

“I think the last race [in Austria] was really fantastic and it’ll be really interesting to see how they go moving forwards.” Over the years, Hamilton has heaped praises on Verstappen for his talent, but has been smart with his comments as well.

The British racer has indicated about not racing too hard wheel-to-wheel against Verstappen – when not required – considering the aggression the Dutchman shows on-track. So far, the two hasn’t had absolute fight with 2019 Monaco GP being the last one.

Speaking more about the upcoming weekend, Hamilton was back to praising his rivals Ferrari and Red Bull in particular, while stating that it won’t be an easy run for Mercedes. “I wouldn’t say that I necessarily have concerns [after Austria],” he said.

“I don’t have weekends necessarily with a negative connotation to start with but, no I think we’re fully aware that the Ferraris and the Red Bulls have taken a step forward and the pace that they had in the last race was great.

“I think if we didn’t have the issues that we had, we would have been a lot closer, would have been more in the fight. I expect this weekend it will be closer between us all. Last year Ferrari were super-fast here as well – as were the Red Bulls.

“I think the Red Bulls were a little bit down but now they’ve got the new engine I think they’ll be even quicker. So, it’s definitely not going to be an easy weekend.” The new surface at Silverstone could make things tricky for everyone though.