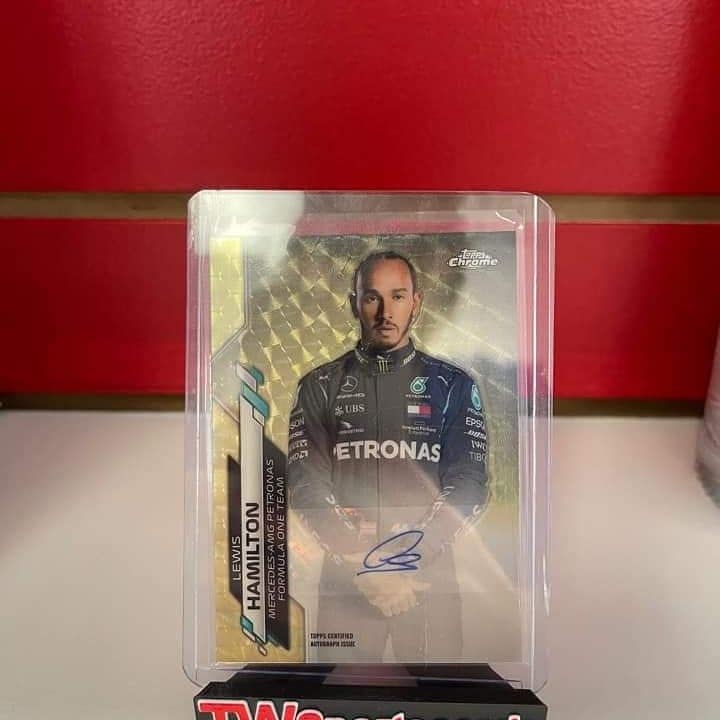 A F1 fan in Quebec in Canada hit a jackpot earlier this week after he had his hands of a 1/1 Lewis Hamilton Topps Chrome card, which could be auctioned for six-figure amount.

A Topps card buyer in Quebec in Canada hit a jackpot earlier this week. The company – who became an official F1 partner last year – produces cards for purchase in retail stores. It goes worldwide, with shops also buying stock from them to sell.

These cards are pictures of the each of the Grand Prix drivers in a particular season, some of them signed, some limited editions, some featuring special moments, etc. They really are a collectible item for enthusiasts, as cards are quite popular among kids.

In the small town of Chicoutimi in Quebec, one particular customer purchased one set with a difference. He had a rare Mercedes’ Hamilton Chrome card, autographed by himself, which is a 1/1 card. It appears to be the only one out of the millions that Topps produced.

They have genuine Hamilton autograph 1/1 card, which cost them a few Canadian Dollars to purchase. The prized possession was found in TW SportsCards shop, in a pack of four. Interestingly, another 1/1 Chrome card was found in Japan the same day, but not signed.

“It is easily one of the most sought after cards in the last year, all sports combined in terms of sports cards,” explained Gabriel Normand, owner of the store, to Le Quotidien. “It was Lewis Hamilton’s only signed rookie card and he’s Formula 1’s biggest star right now. It is he who is worth the most. It was truly the athlete’s most wanted card.

“In my opinion, in ten years, it will be a multi-million dollar card. It’s an investment. It’s going to be hard to get something that big back. I kind of founded this haven of peace to have smiles like that and it will be hard to recreate that. It’s not the kind of situation you expect to experience. It’s really incredible,” summed up Normand.

He was not the one who found the car, though, it was his store manager, Raphael Violette, who sold the pack of cards to the customer, and even opened it up in the shop itself. “I was showing them the cards I have at home and the teenager was particularly interested in the value,” he said.

“I told him about a client who got a card that was worth $ 3,000 or $ 4,000 from an F1 card pack. Since he was having difficulty opening it, I helped him. And there I see the autograph. I open the package and see Lewis Hamilton 1/1! I started to shake! The guys didn’t realise what was going on! It took them a long time.

“I called Tek Chher, the owner of TW SportsCards in Repentigny and Gab’s business partner and facetimed him. He was going crazy and was as pissed off as us! There are a lot of variations. Lewis Hamilton must have ten different F1 cards, but there’s only one in particular that people are looking for and that’s the one.

“And it has given that it is the 1/1. When I saw the card, I was shaking. I was really in shock. At the time, (the customers) did not understand what had just happened. I had to show them people who were already willing to pay a large amount for that.”

It is not the Lotto, Euro millions or anything the like of but the happiness garnered by the purchaser that day is something that we all need to experience once in our lives. The psychological delight of what was a very run of the mill purchase experienced is really one in a million.

Even if they have bigger delights and more success and happiness further on in their lives, this will be the experience that they will find easiest to recall at any given moment and will gladly tell it to anybody at a seconds notice with extreme delight. 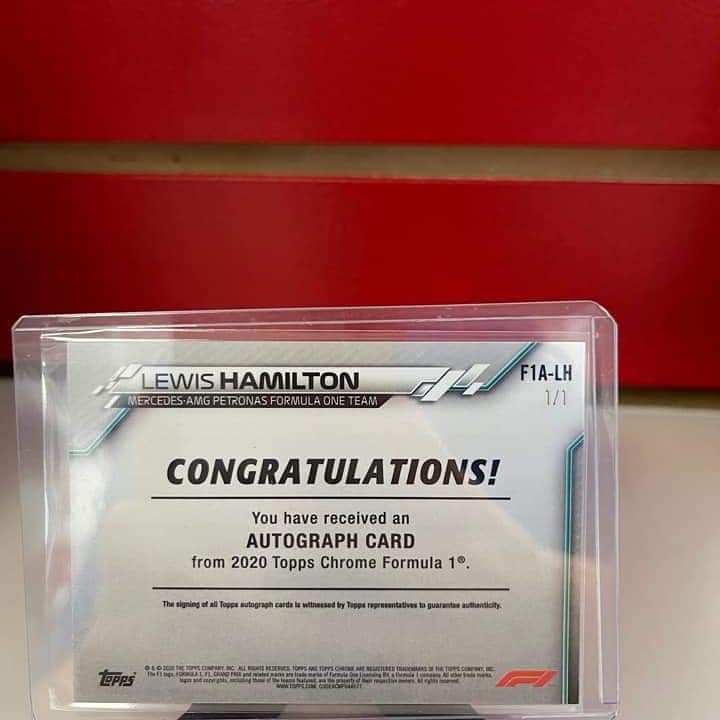