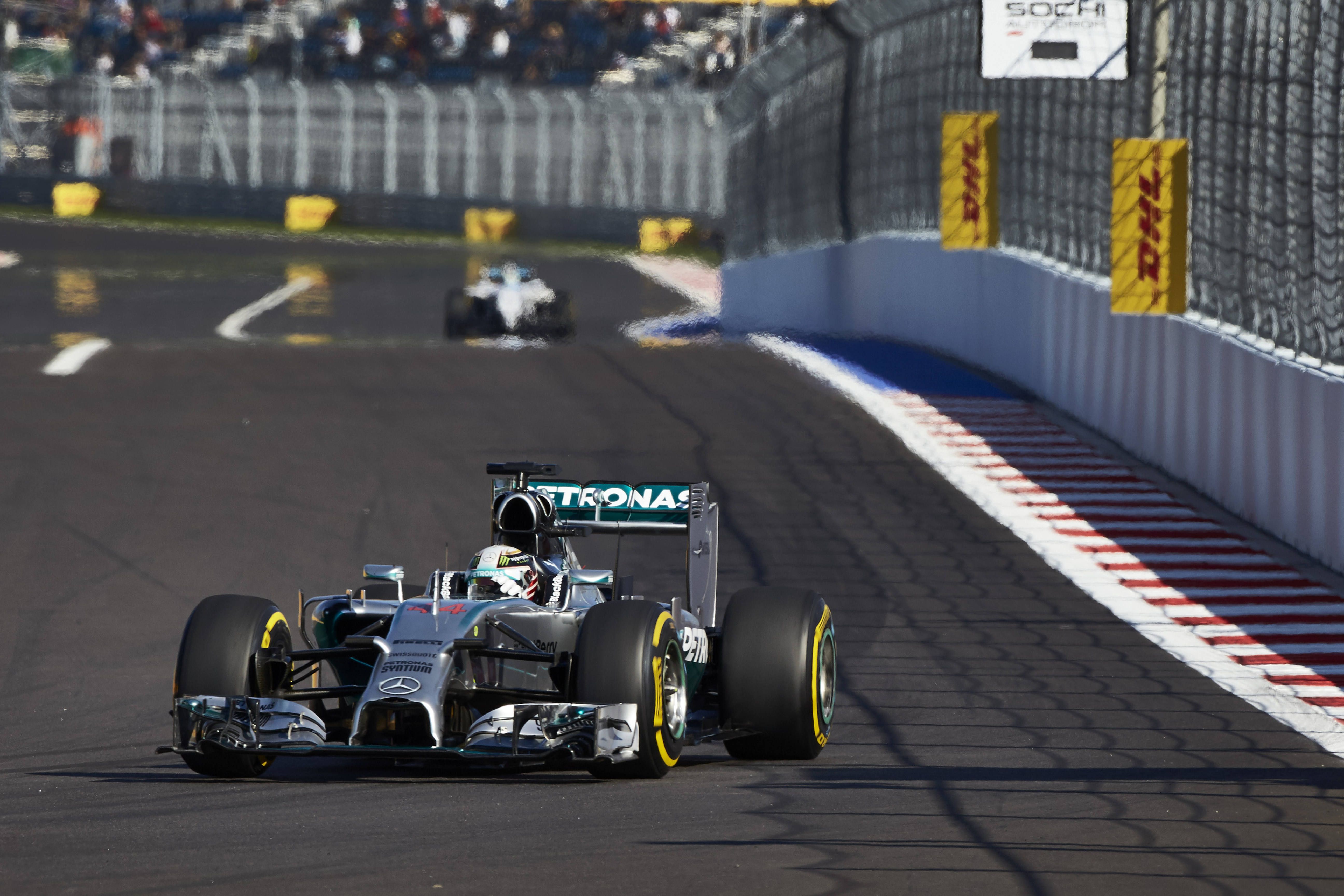 Hamilton has become the first polesitter of Russian Grand Prix and owes much to the great lap that has done in the circuit of Sochi and the mistake Bottas has made in the last curve that private him to improve the English time. Rosberg behind Hamilton for the entire session was second and Bottas third. Disaster for Vettel and Massa who did not achieve Q3. Fernando Alonso could only be eight.

Sunny day in Sochi, track temperature 32 degrees and everything ready to start the first qualifying session of the Grand Prix of Russia.

Before we begin a reminder of the penalties accumulate some drivers will lose five positions when the qualifying finishes, Chilton, Magnussen and Hulkenberg due to replacement of gearbox and Maldonado will lose 4, using the sixth component of the engine.

It was the beginning and there was diversity of opinion as to which tyres should the drivers wear but it did not really matter at all because no one was going to lose the first two positions. Behind everything was tighter with McLaren, Ferrari, Toro Rosso, Williams and Red Bull’s Ricciardo.

Massa suffered problems with the fuel pump and was out, but luck ran to Vettel and although he was lost in the bunch he got through Q2.

The eliminated in Q1 were Ericsson, Massa, Kobayashi, Maldonado and Chilton.

Q2 then began in the same vein that the Q1, Mercedes in front and behind the battle where they had the drive star shone a little more. They were going to sell expensive tickets for a place in Q3 and they were all very close together and in the end it was left out was that Vettel who did not get a good lap and stayed in Q2.

Q3 began badly for Hamilton because after a few laps he did not improve his time and saw that Rosberg was ahead. Finally Hamilton did a great time which earned him the pole but at the same time something scared him when Bottas improved the first 2 sectors but luckily for the British, the Williams lost control in the final turn and could not improve.

Behind, Kvyat  and an incredible start from fifth place, McLaren and Ferrari also very up more deflated than normal, Fernando and Kimi eighth and ninth. Ricciardo from Red Bull managed to somehow mask the performance of his team standing seventh, because seeing where Vettel is, it could have been much worse.

Tomorrow it will be a super nice race seeing if Bottas can press the 2 Mercedes and the rest will struggle for the biggest quantity of points possible.