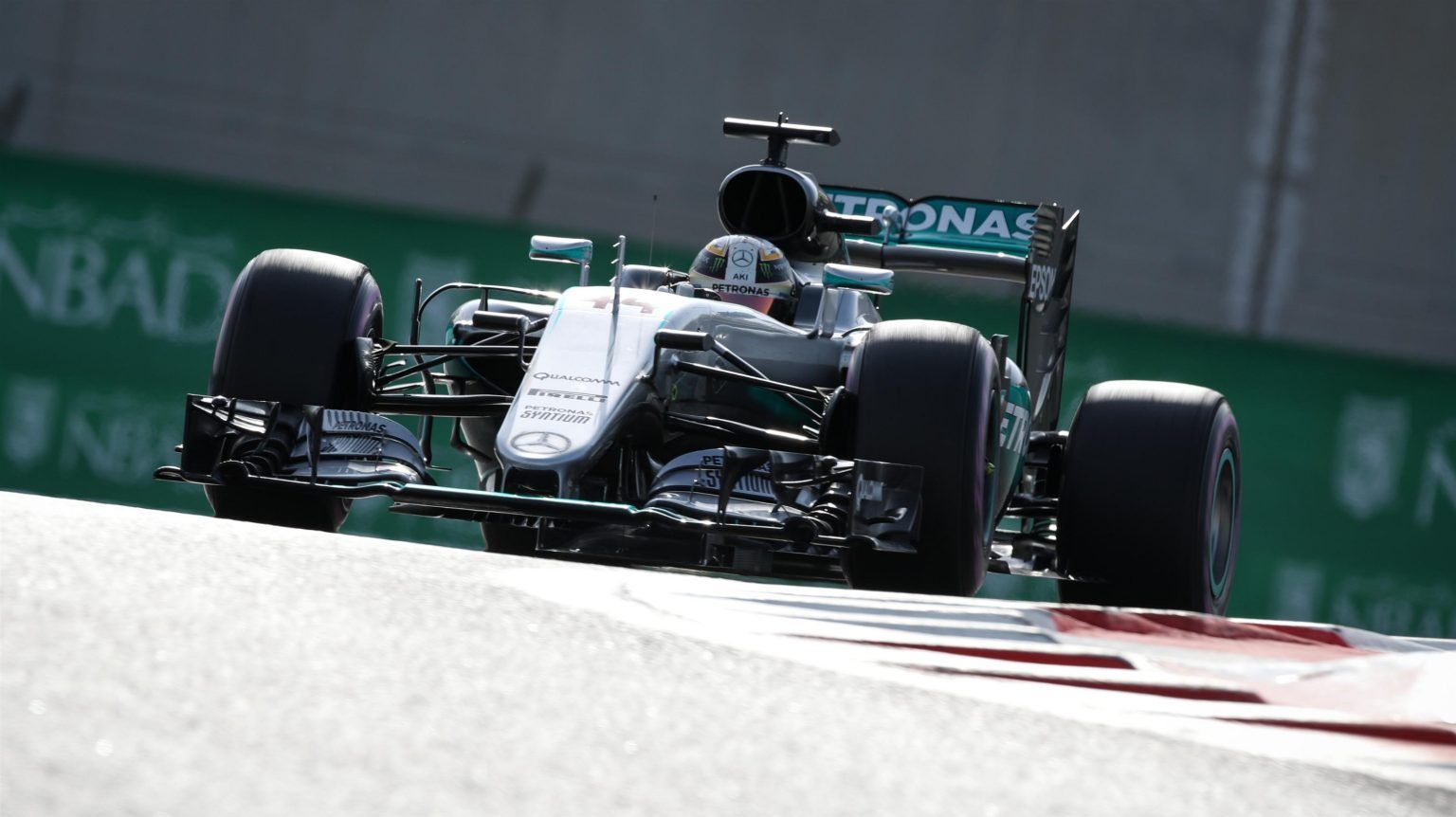 Lewis Hamilton will start tomorrow’s decisive race on pole at the Yas Marina Circuit. Nico Rosberg was 2nd ahead of Daniel Ricciardo, who will start the race on supersoft tyres.

Hamilton set an extraordinary time which was 0.851s faster than Räikkönen and Vettel. Rosberg was 5th behind Verstappen and ahead of Pérez, Hülkenberg and Ricciardo. The Toro Rosso drivers were unable to made up for all the time lost during free practice and they were both eliminated, while Wehrlein made it through Q2. Kvyat, Magnussen, Nasr, Ocon, Sainz and Ericsson were knocked out.

Time differences were narrower in Q2 and Rosberg was only 1 tenth behind Hamilton. They were followed by Räikkönen, Verstappen, Vettel and Ricciardo, but the Red Bulls were the only ones to qualify with supersoft tyres, while the rest of the top 10 will start tomorrow’s race on ultrasoft. Bottas, Button, Gutiérrez, Grosjean, Palmer and Wehrlein were out in Q2.

After the first attempt, Hamilton was on top, 3,5 tenths ahead of Rosberg. In the second one, Rosberg was faster in sector 1, but ended up being 0.3s off his teammate’s pole time. Ricciardo was finally 3rd and has a very good chance for tomorrow with a different tyre strategy. Räikkönen, Vettel, Verstappen, Hülkenberg, Pérez, Alonso and Massa completed the top 10.