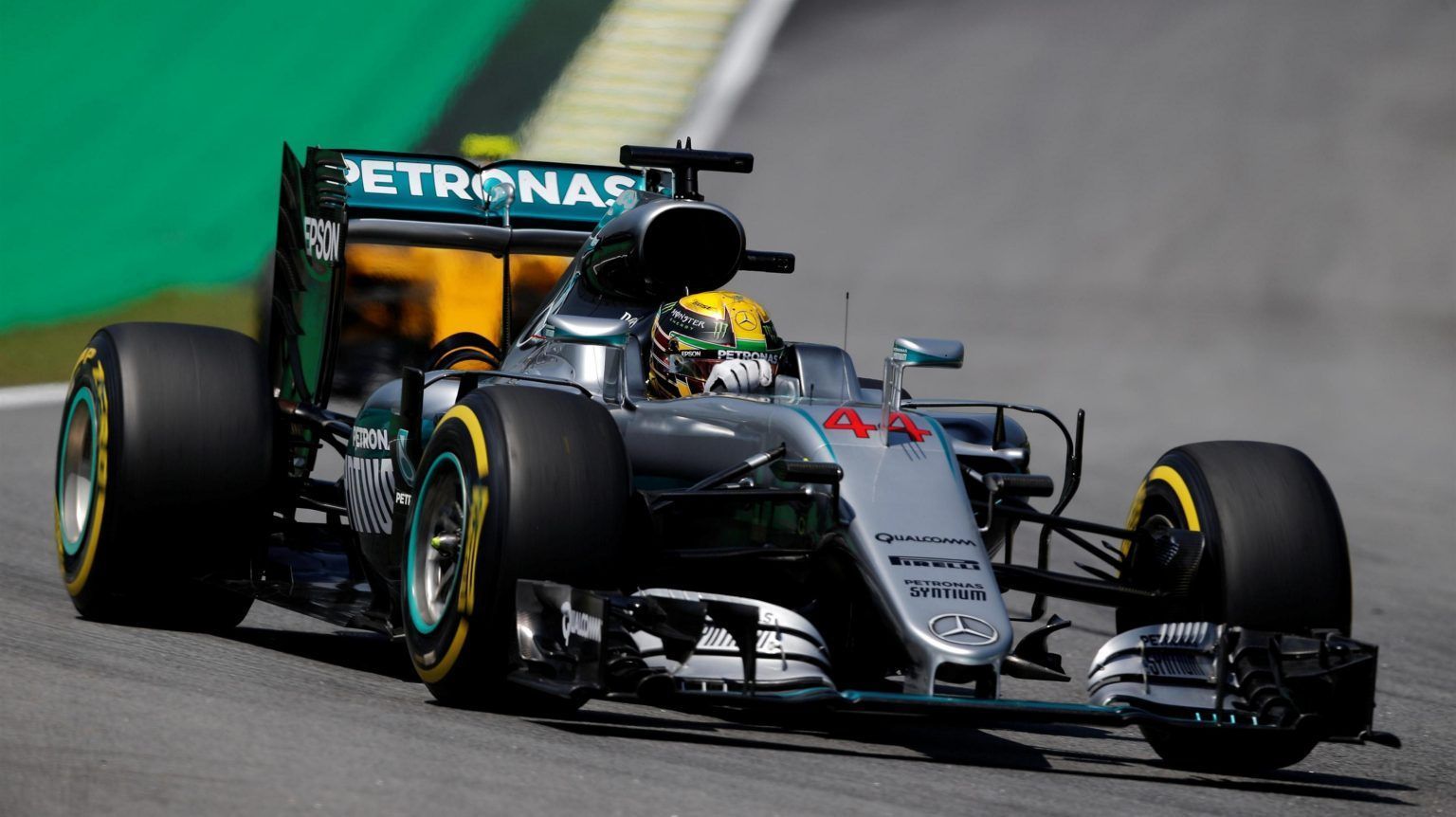 Lewis Hamilton got the pole position for the Brazilian GP. Nico Rosberg was 2nd and Kimi Räikkönen completed the top 3.

Button, Magnussen, Wehrlein, Ocon, Ericsson and Nasr were knocked out in Q1. Lewis Hamilton was fastest ahead of Rosberg, Verstappen, Räikkönen, Vettel and Ricciardo.

A very close Q2 left both Williams out, while Alonso and Grosjean were 7th and 9th. The difference between Räikkönen (6th) and Hülkenberg (10th) was less than 1 tenth. Bottas, Gutiérrez, Massa, Kvyat, Sainz et Palmer were eliminated.

Hamilton started Q3 0.162s ahead of Rosberg in their first attempt. Verstappen was 3rd already 0.6s behind. Rosberg was about to improve Hamilton‘s time, but he was finally 2nd. Räikkönen was 3rd and Verstappen, Vettel, Ricciardo, Grosjean, Hülkenberg, Pérez and Alonso completed the top 10 for the starting grid of tomorrow’s race, where Nico Rosberg could become World Champion.