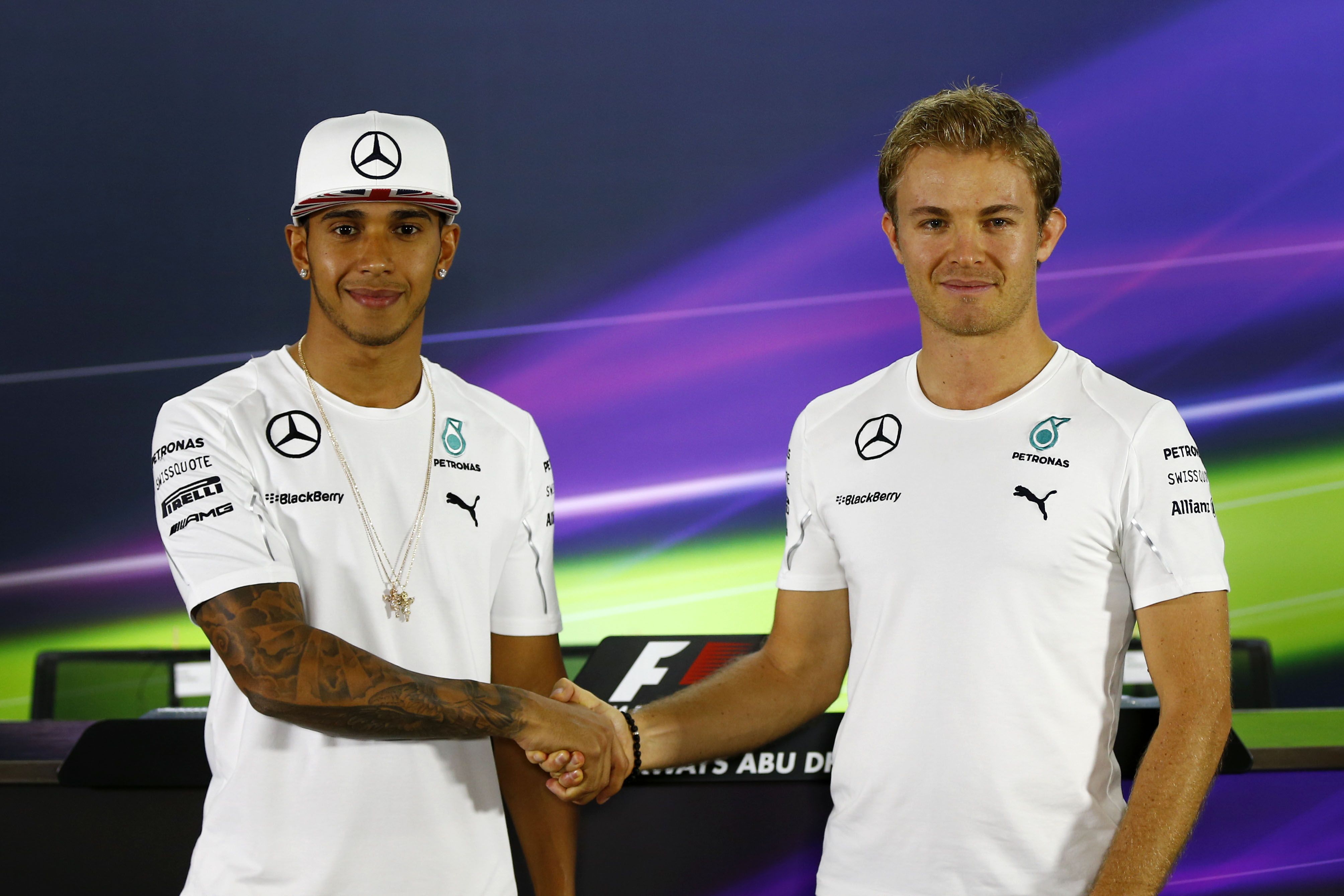 Lewis Hamilton made an ideal start to this weekend’s title-deciding season finale at Yas Marina by edging his Mercedes team mate and championship rival Nico Rosberg by 0.133s in first practice on Friday afternoon.

Williams had a horrible session; Valtteri Bottas managed 1m 45.913s before losing part of his FW36’s engine cover. Thereafter he and Felipe Massa, 13th fastest on 1m 46.549s, were grounded while “fixings” on their cars were repaired. Force India’s Sergio Perez and Nico Hulkenberg completed the top 10 with 1m 45.983s and 1m 46.030s apiece.

Kevin Magnussen was McLaren’s leader, lapping in 1m 46.049s in an aerodynamically enhanced MP4-29, but team mate Jenson Button had a troubled session with technical issues limiting him to just eight laps. His time of 1m 47.235s left him only 17th.

At the back, new boys Adderley Fong and Will Stevens made their respective debuts with Sauber and Caterham. The Chinese rookie, who’ll make way for Adrian Sutil from FP2 onwards, managed 1m 48.269s, while the British Renault 3.5 race winner managed 1m 50.684s despite suffering technical issues that limited him to 14 laps.