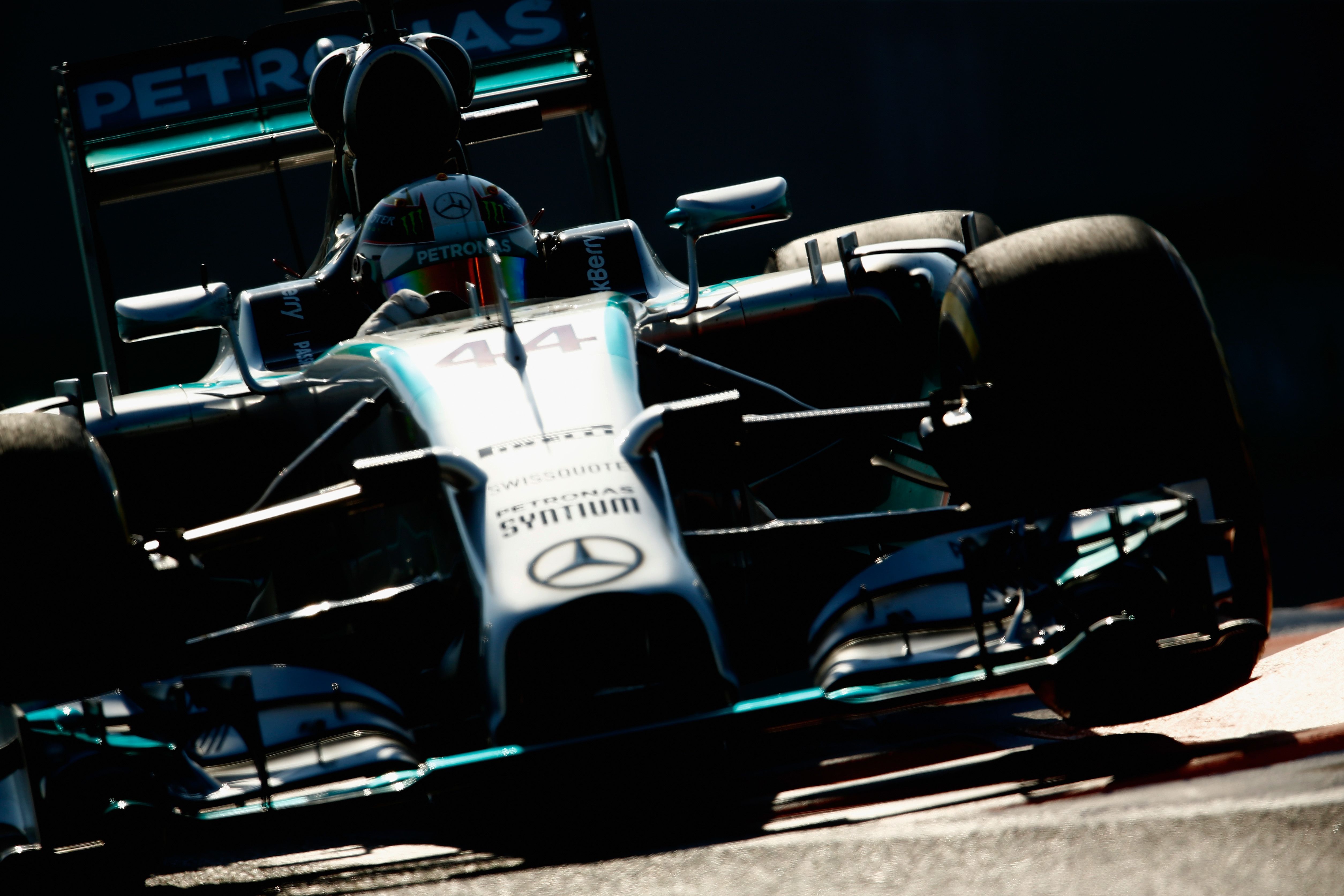 Lewis Hamilton is intractable in the last weekend of F1 in Abu Dhabi. The British has taken about a tenth of his teammate and rival for the title, Nico Rosberg. In third position is placed Magnussen ahead of the Red Bull and Williams. Fernando Alonso, meanwhile, could not complete a lap after suffering a serious electrical problem just in the first lap.

The session began with the sun setting in Abu Dhabi, and with hungry drivers in this modern circuit in the desert. At the start, many drivers were out on track, and since the end of the first ten minutes we had more than half of the participants completing a lap. In that moment Fernando Alonso would mark one of the images of the day. The Spaniard had to stop his Ferrari in the middle of the track, as has already happened in Brazil, because of some apparent electrical problems that left him without power in his car. That would mean the end of his day.

With regard to the times, the two Mercedes returned to be at the front with great authority, taking over a second competition. Behind the Red Bull looked good with soft tires, followed by Magnussen. The second car from Woking, piloted by Jenson Button would not leave the track until an hour later because of some mechanical problems arising in the first practice session.

Shortly after begin to assemble the super-soft tires, with Maldonado and Gutierrez being the first, and climbing many positions to get in the front area of the timesheets. Unfortunately for them, that honor would last little, and the Red Bull,  Toro Rosso and Mercedes got among the first six places, leaving Sebastian Vettel in the top of the standings. However, the German would not keep that privilege, as the McLaren of Magnussen stood a tenth ahead of him.

Then Nico Rosberg was again forward by a margin of half a second on the McLaren. A few seconds later came Hamilton, with a spectacular third sector, standing in front of his partner, for only a few thousandths. Sohe would end up as the fastest laps of the day, with Mercedes in front, followed by Magnussen, Vettel, Bottas that placed Williams in fifth place, and behind Ricciardo, Raikkonen, Massa and Button.

Behind it had few changes. The Toro Rosso were the fastest in the middle, capturing Kvyat with one of the last places in the Top 10. Sergio Perez was left at the gates of that area, at least surpassing his teammate, Hulkenberg, who was 13th. In between, a quick Maldonado without much trouble stood as a clear candidate for fight of the middle zone with the Force India. The Sauber followed in their particular league with Grosjean, more lost than his Venezuelan neighbor, and finally shut the timesheets the Caterham, with Will Stevens continuing his learning phase at the wheel of a Formula 1 racing car.

The last minutes of the session, all teams would focus on the long runs, looking for possible race simulations to collect as much information as possible for Sunday. The tire degradation was slightly higher than expected, especially in the super, which at fifteen laps in some drivers’s cars like Ricciardo and Rosberg were almost destroyed. In terms of time, the Mercedes are the clear favorites to win, and just a touch or failure will deprive them of that square. Behind this week Red Bull is more refined, and is in a very close position with Williams, in this first contact. Finally, McLaren stands behind these two teams, leaving Ferrari as the ultimate power of the leading teams.

That’s all it has given the second practice session, F1 will return to action tomorrow from 11 am (CET) on the dispute of the final free practice of the 2014 season.